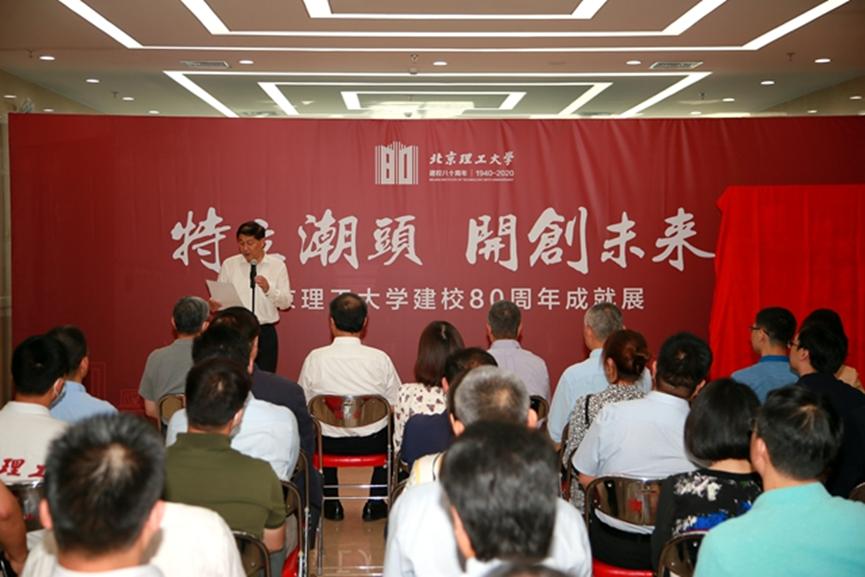 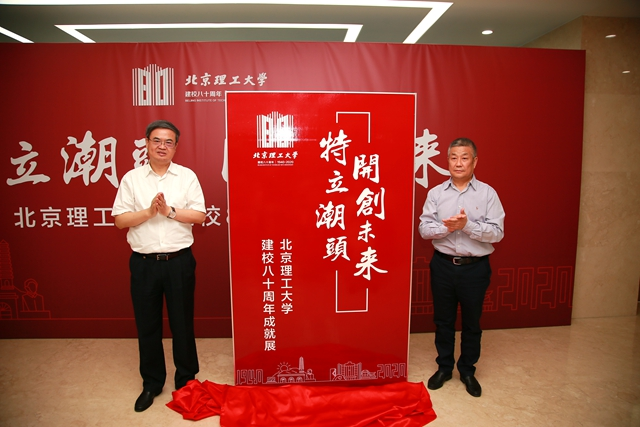 The theme of this achievement exhibition is "Leading the Trend and Creating the Future", which is an important part of the BIT’s 80th anniversary celebration. The exhibition is divided into 8 parts: party leadership, talent training, discipline construction, scientific research, team building, cooperative development, a new look for learning, and party building ideology and politics. It demonstrates BIT’s brilliant achievements in the past ten years, and records the red genes of "Yan'an Roots and Military Industry Soul" inherited by all teachers and students of Beijing Institute of Technology, as well as the precious historical moments of concentrations, forging ahead, and unremitting struggle in the journey of building a world-class university with Chinese characteristics.

After the ceremony, the participants visited the Achievement Exhibition of the 80th Anniversary of BIT’s founding.

From now on, the exhibition will be open to teachers and students in BIT.