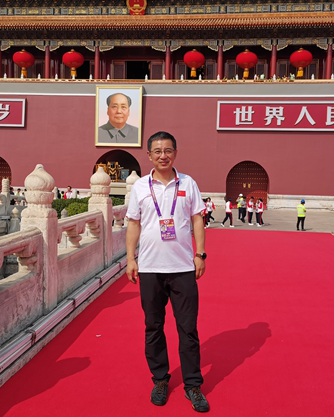 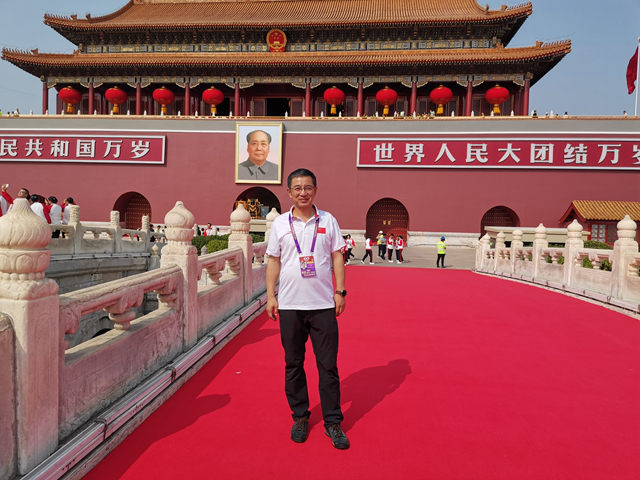 Ding Gangyi, a professor at the School of Computer Science and Technology of Beijing Institute of Technology and director of the Beijing Key Laboratory of Digital Performance and Simulation Technology, his heart that hang for 1 year finally was calm down on Oct 1, when the last mass parade phalanx passed through Tiananmen Square.

Sitting at the commanding post on the east side of the square, the 53-year-old Ding Gangyi had no time to watch the celebration. Instead, he was staring at the computer, and a 3D digital version of "People's Parade" was arranged by his team. The speed of the on-site phalanx is the same as the virtual simulation version. He wants to give real-time feedback to the front-line commander.

Since November last year, lasting nearly a year, Ding Gangyi led a team of 120 people to develop a set of simulation systems based on the domestic leading technical advantages of Beijing Institute of Technology in the field of digital performance and simulation. With the precision of seconds and centimeters, they carried out a 3D restoration of all elements, all-round and whole processes of mass parades, party and other activities. The system has provided data support in planning, training and field command. 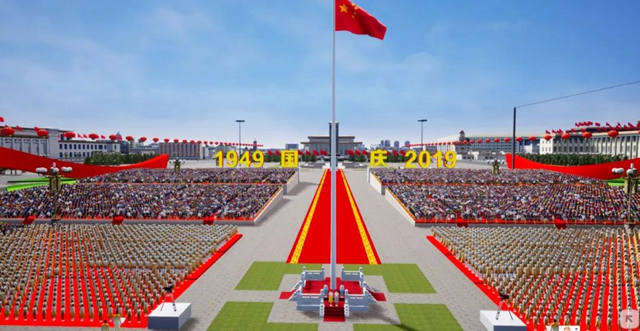 "This simulation system is like a ‘baton ’for parade and party activities. It can simulate elements involved in parades and evening parties, such as square buildings, personnel clothing, and even pigeons on the square. With this system, the on-site command staff can know when a certain phalanx should pass, how to adjust the speed of travel, how the actors move and so on. "Ding Gangyi said.

The team behind the scene recently came to the stage because of the praise from the director of the event, Zhang Yimou. "Actually, all we do is just assist, and there are many unknown science and technology workers behind the celebration. We are honored to participate in this event." said Ding Gangyi.

"The old simulation expert" does not dare to relax

On the last day of the National Day holiday, Ding Gangyi arrived at BIT at 8 a.m. as usual, instructing students to review the simulation system. "After the celebration, we do not have time to take a vacation. The National Day Command Center will organize a summary immediately. Combining with the scene on October 1, I must make another correction to the simulation system." Almost having no rest throughout the year, for him, it is already common.

This revision is the 28th major adjustment of the simulation system. On the eve of National Day, Ding Gangyi’s team completed a total of 27 revised versions and produced more than 100,000 models of various types. 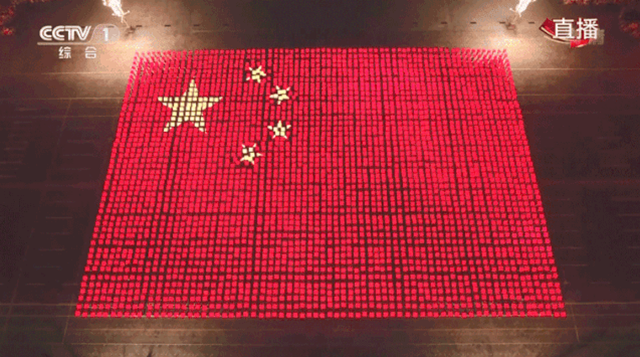 Ding Gangyi introduced that these models include parades, floats, and spectators. Except for the towers, Jinshui Bridge, and ornamental column, which were originally reserved, other elements such as temporary viewing platforms, music, commentary, etc. were slowly accumulated over time in the past year.

The original reserve originated 10 years ago. This is not the first time Ding Gangyi has led a team to participate in the National Day celebration. This simulation technology has come in handy in large-scale events such as the Beijing Olympic Games and the mass parade to celebrate the 60th anniversary of the founding of New China. For a long time, Beijing Institute of Technology has a tradition of serving major national strategic needs. Ding Gangyi has studied simulation for more than 20 years since graduating from BIT in 1993. In 2007, he began to shift the field of applied research from military to performance.

But the accumulation has not let this "old National Day Celebration participant" "old simulation expert" get relieved. "Ten years have passed, the technology has iterated, and there is more need. We dare not relax at all. We have to make everyone really feel the effectiveness of simulation technology, rather than just look very high-tech." Ding Gangyi said. 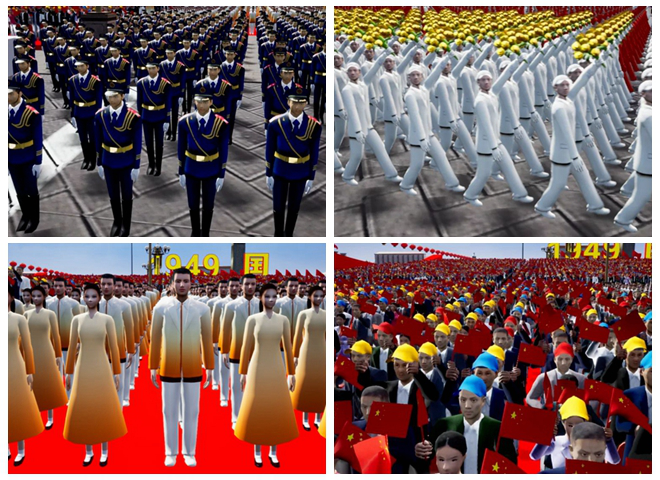 One of the technical highlights is the centimeter-level simulation of the movement of the parade. "For the parades, some are walking neatly, some are running, jumping, and some are even riding bicycles. Their speed of marching is not the same, which will affect the time that the phalanx passes through the square and the arrangement of the phalanx." Ding Gangyi said, in order to reflect this difference, the team designed four degrees of freedom according to different movement ranges, and each degree of freedom is set for the marching status and personnel interval in detail.

"Like this technology highlight, there are many more in this simulation system. In fact, most of the technical iteration work is not requested by others, but by his own requirements." said Li Peng, deputy director of the Beijing Key Laboratory of Digital Performance and Simulation Technology and a core member of the simulation team. 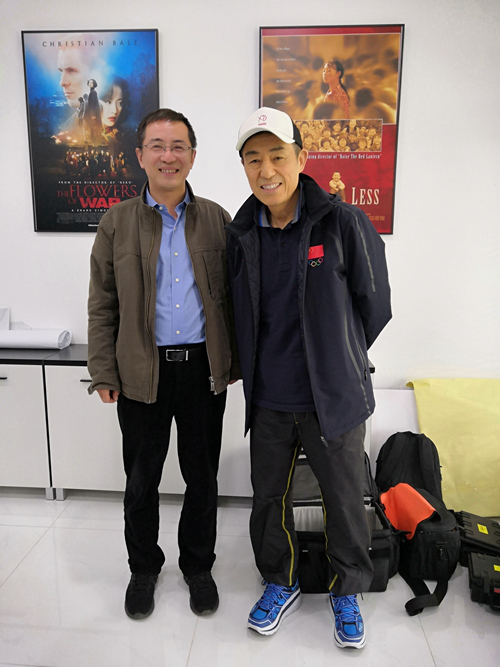 In terms of technical issues, many times, team members feel that “it is okay, there is no need to pick any more”, but Ding Gangyi does not care, so Li Peng has quarrelled a lot with him.

The two of them had the fiercest quarrel about the hand movements of the marchers. At that time, the task was very tight. The superior was waiting to review the latest revision, and many people in the team had been reeling for several days. Everyone wanted to submit it as soon as possible. "Ding Gangyi kept focusing on the waving of the people and he thought that people waved a lot, which would also affect the speed of travel and extend the completion time of the entire parade. Therefore, he asked technicians to redesign the algorithm, but in fact, no one will pay attention to this point during the later acceptance.” Li Peng recalled.

"Doing these things is for nothing else, but to have a firm heart for yourself." Ding Gangyi said, "If you don't do it in this way, you can't do it. It's a huge responsibility to undertake this task.” In the interview," significant mission "is what he said repeatedly.

Ding Gangyi has done a lot of this kind of "provoking anger" things: the commentary was wrong, and he asked the assistant to correct the sound and record again; clearly designing 100 actions is enough, but he let the team make more than 300 alternatives ... 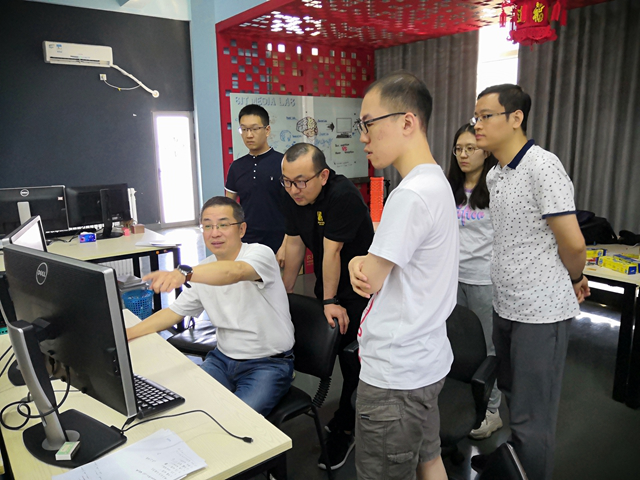 But no one in the team was really angry with this "stubborn teacher". "Mr. Ding is the oldest in the team, but he pays the most. He participates in joint exercises and usually starts at two or three at night. He is always ready early." Li Peng said that during this year, Ding Gangyi maintained the "8 am on and 12 pm off" work schedule, and he basically turned off the laboratory lights every day.

Quilts, refrigerators, toothbrushes ... In addition to office supplies, Ding Gangyi's office has a little more sense of home. Although his home is on campus, he lived in the office during the busiest two months, sometimes overnight.

"Next, the team will participate in the production of the CCTV Spring Festival Gala next year, and I hope that the simulation technology will have a wider application space in the future." Ding Gangyi said.