About
About
> General Information 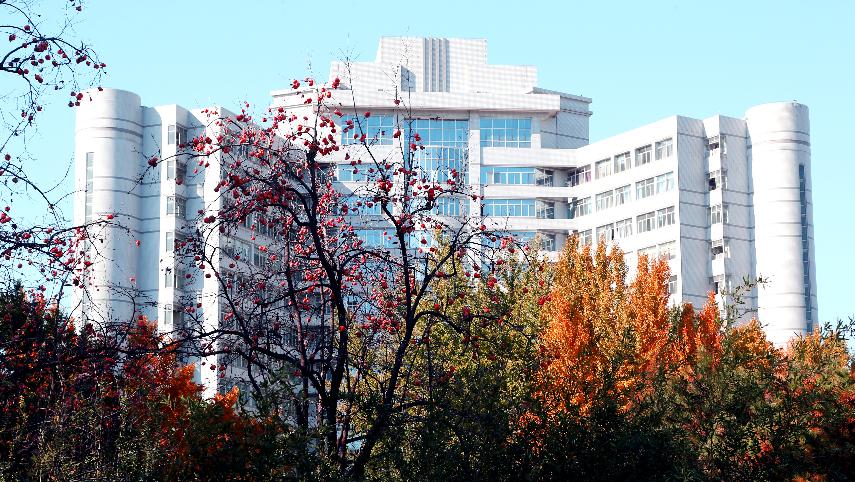 In 1940, Beijing Institute of Technology (BIT), the first science and engineering university was founded in Yan’an by the Communist Party of China. It has been one of the key universities in China since the founding of New China and the first batch of universities which has entered the national “211 Project”, “985 Project” and the “Top A World-class University”. The name of BIT was inscribed by Chairman Mao, and Li Fuchun, Xu Teli, Li Qiang and other older generations of proletarian revolutionists successively took the lead of the university. The university is now affiliated to the Ministry of Industry and Information Technology. All the faculty members and students are striving for the goal of “two hundred years” of the national standard, and are fully committed to the goal of building a world-class university with Chinese characteristics.

BIT aims to develop students as leaders with ambition, wisdom, innovation and sense of duty. Of all the 300 thousands students graduated from BIT in the past 78 years, there are leaders of party and country such as Li Peng, Zeng Qinghong, Ye Xuanping, academicians such as Wang Xiaomo and Peng shilu, leaders and constructors in every fields. BIT has received 20 national teaching awards, 14 national excellent courses, 10 national excellent video courses, 9 excellent resource-sharing courses, 15 excellent online courses and 2 national virtual simulation experiment programs up to now. BIT comprises 28,000 full-time students. Students of BIT have won 15” top 10 works” in 9 consecutive annual conference on innovation and entrepreneurship of college students, ranked 1st of the Chinese universities. Students won the champion of the international top events in the field of UAV in 2017, the golden metal of the China College Students’ Entrepreneurship Competition and top two of the “Internet+” Competition in 2018, the final champion of the ICRA 2019 RoboMaster AI Challenge ,two gold awards in the International Genetic Engineering Machine Competition (iGEM) in Boston, USA in 2019. In the past five years, the employment rate of undergraduates has remained above 97%, and the employment rate of postgraduates has reached more than 98%. Currently, BIT has established inter-university collaboration with more than 270 renowned universities in 74 countries and regions on six continents and student exchange program with more than 70 partner universities. BIT is building an international university, and has created a global network for exchange and cooperation.

BIT has always formulated its strategies in light of national strategic needs and global developments in science and technology and education, and in accordance with its own strengths and missions. In the history of Chinee science and technology, the first television transmitting and receiving device, two-stage high altitude research rocket, light tank, low altitude height-finding radar and 20-kilometre remote camera were created by BIT. It has developed a clear edge in technologies relating to intelligent and bionic robotics, space adaptive optics, green energy, modern communications and industrial process control. In the celebration of the 70th anniversary of the National Day, BIT participated in the equipment development work of 10 of the 12 airborne teams and 26 of the 32 ground equipment teams in the reviewed equipment, a number of digital performance and simulation tasks, fireworks technical tasks and technical support for float design . Numerous technologic achievements of BIT have been applied in the Beijing Olympic Games, the Shanghai Expo, the Guangzhou Asian Games and the mission of Shenzhou VIII and Tiangong I. During the 12th five-year plan, BIT had input about 10 billion yuan for the technologic development and received 23 national science and technology awards, ranked 15th in the organizing award, 3th in the national science and technology special award, 1st in the defense science and technology award of the Chinese universities. BIT has won 5 national science and technology awards in 2016 and 9 in 2017, as well as 6 organizing awards in 2018. In 2019, the school won 6 National Science and Technology Awards. A number of scientific and technological achievements directly serve major national economic and people's livelihood projects.

"Yan'an Root, Soul of Military Industry" is the red gene engraved into BIT; the school motto of "Take Virtue as the Principle, Learn to be good at industry", and the school spirit of "Unity, Diligence, Practicality, Innovation" advocated by Dean Xu Teli The style of "seeking truth from facts, not self-righteousness" has jointly created the school's unique spiritual temperament and cultural core. From the birth of Yanan in 1940 to serve the establishment of the Anti-Japanese War, to the 21st century, to cultivate high-level talents for the construction of an innovative country; from open-air classrooms, eating and living caves, to modern campuses, national key laboratories. Facing the future, the school will continue to adhere to the guidance of Xi Jinping ’s new era of socialism with Chinese characteristics, closely focus on the fundamental task of establishing virtuous students, adhere to the correct political direction of running a school, strive to build a high-quality teaching team, and strive to form high-level talent training System to train socialist builders and successors with Chinese characteristics! Continue to adhere to the "four services", take root in China to build a world-class university, and provide strong support for the realization of the grand goal of "two hundred years" and the Chinese dream of the great rejuvenation of the Chinese nation!