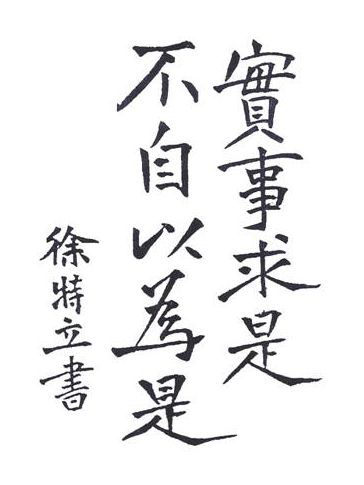 On August 26, 2010, the Party committee of the university decided to define "seeking truth from facts, not being self-righteous" as the academic discipline.