Recently, the team of professor Li Jiafang and Yao Yugui from the School of Physics of Beijing Institute of Technology (BIT) used nano-kirigami technique to prepare a three-dimensional twisted artificial propeller chiral supramolecular structure. Based on the chiral center competition mechanism, the circular dichroism in twisted meta-molecules was realized by using the structure's curve perturbation, curve rotation and other mechanisms. The series of innovations were published in the top international journals Nano Letters (IF: 11.189) and Advanced Optical Materials (IF: 9.926). 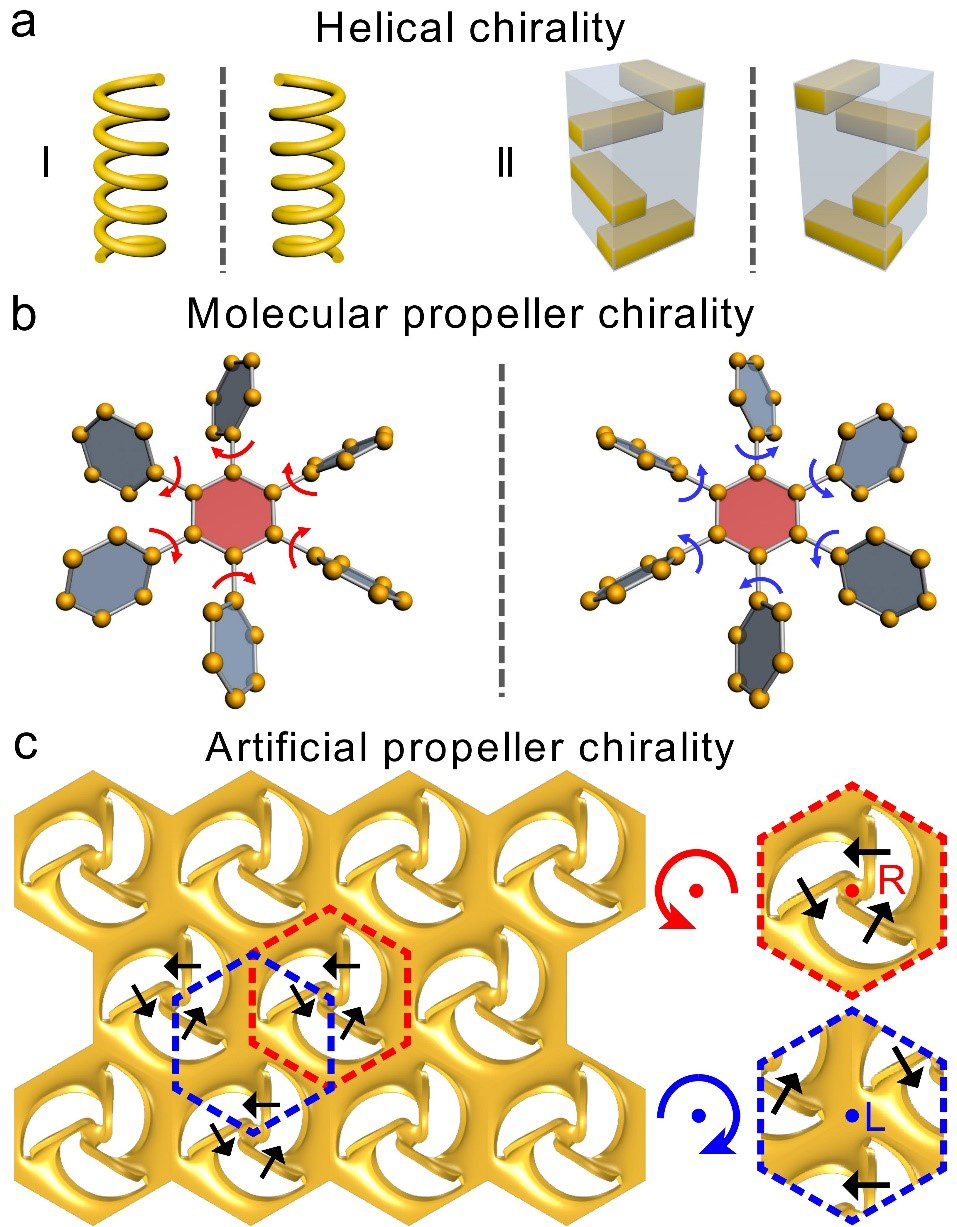 In previous studies, researchers mainly used spiral geometry with a clear direction to enhance the chiral interaction between light and matter. However, in order to reverse the optical chirality response of this type of configuration, this kind of optical chirality response must be mirror-symmetrically operated, which will cause a huge change in the structure. In recent years, a unique propeller-like geometric configuration has attracted great attention in the molecular field. The optical chiral response can be reversed by slightly turning the “molecular blade”. However, the research on the chirality of this three-dimensional propeller is limited to the molecular field, and faces the challenge of preparation methods in the field of micro-nano photonics.

The new concepts and new configurations of artificial propeller chirality proposed by research [Nano Lett. 21, 6828 (2021)] provide a new paradigm for the in-depth study of chiral optical physics, and they also provide an ideal platform for development of novel chiral materials. Doctoral student Ji Changyin is the first author of the paper, and professor Li Jiafang and professor Yao Yugui from the School of Physics of BIT are the co-corresponding authors of the paper. Professor Xu Yi from Jinan University, BIT Analysis and Testing Center, High-precision Innovation Center, etc. gave strong support and assistance to the project. This work was supported by the National Natural Science Foundation of China, the National Key R&D Program, the Guangdong Key R&D Program, and the Beijing Municipal Natural Science Foundation.