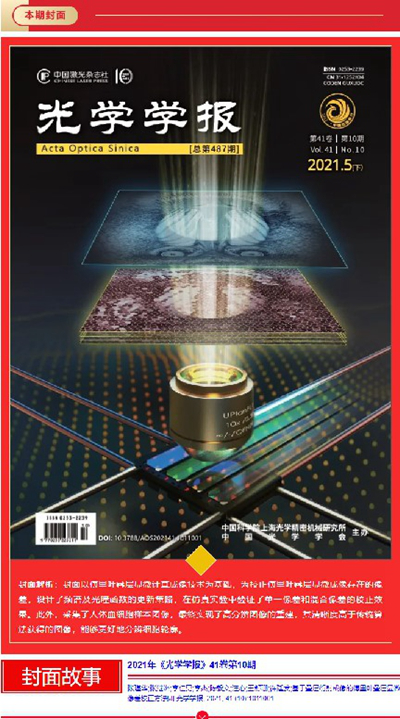 Recently, the scientific research team of Professor Xu Tingfa of Beijing Institute of Technology has made new progress in Fourier stack microscopic imaging aberration correction. The related research results were published with the title of "Fourier Microscopic Aberration Correction Method Based on Stacked Diffraction Imaging" on Acta Optics Sinica which focuses on the field of optics, and was selected as the cover article of Acta Optics Sinica Volume 41, Issue 10.

Acta Optics Sinica is sponsored by the Shanghai Institute of Optics and Fine Mechanics, Chinese Academy of Sciences and the Chinese Optical Society, and is supervised by the Chinese Society for Science and Technology. The journal mainly publishes optical research as the main body (interdisciplinary subjects must focus on the field of optics), academic papers with broad research prospects, leading levels at home and abroad or original significance, theoretical expositions with certain independent opinions, experimental reports with reliable data, and application of science based on technology, experimental bulletin of phased scientific research results. The first author of this research is Zhang Jinhua, a postgraduate student of Beijing Institute of Technology, and the corresponding author is Professor Xu Tingfa of Beijing Institute of Technology.

In view of the various aberrations introduced by traditional Fourier stacked microscopy, the scientific research team of Professor Xu Tingfa from Beijing Institute of Technology proposed a novel aberration correction method based on stacked diffraction imaging technology, which combines simulation and experimental verification, and is applied to microscopic imaging of human blood cells. The optimization strategy of stacked diffraction imaging technology is mainly used to improve the reconstruction of Fourier stacked microscopy. When updating the spectrum and pupil function in the imaging process, in view of the limitation of traditional update strategies that are sensitive to sudden changes due to only relying on the maximum value of the spectrum and pupil function, they innovatively introduced an update factor to adaptively adjust the optimal ratio between the maximum value and the current value, thereby effectively avoiding the impact of sudden changes and improving the clarity of system imaging. The Zernike polynomial coefficients are assumed as a function of spatial variation, and the aberrations of spatial variation are simulated. The Zernike polynomial coefficients are reconstructed by the proposed method, and the simulated images loaded with mixed aberrations and the actual sampled human blood cell images are reconstructed. Experimental results show that the method in this paper can accurately reconstruct aberration coefficients. In addition, the clarity of the reconstructed image is significantly improved, and the cell contour can be accurately distinguished. The simulation results of loading the mixed aberration are as follows. Figure 2 (a)-(c) are the original intensity map, phase map and pupil function in turn, (d)-(f) are the reconstruction results of the unupdated pupil function strategy, (g)-(i) shows the reconstruction results using this method. It can be seen that under the influence of the mixed aberration, the reconstructed image of the traditional unupdated pupil function is blurry. After adopting the pupil function update method in this paper, the clarity of the image reconstruction result is obviously improved. 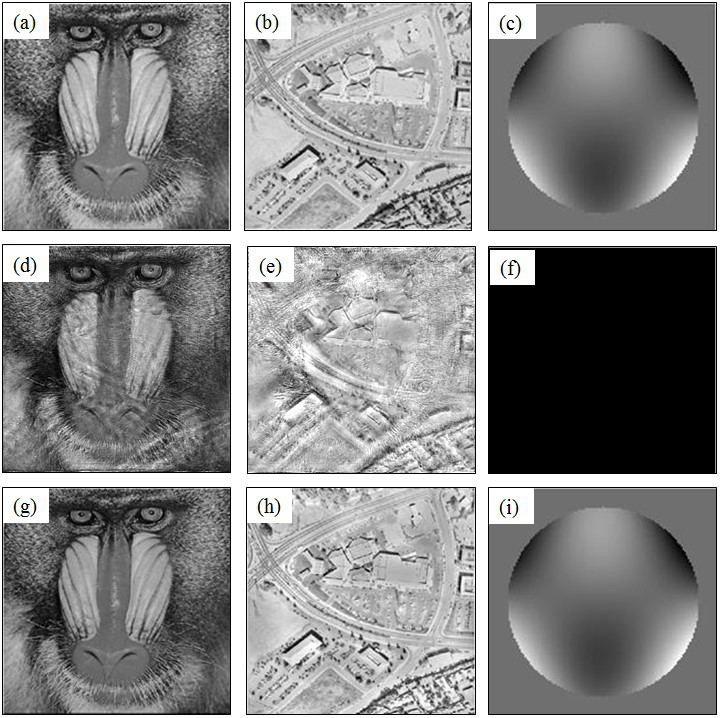 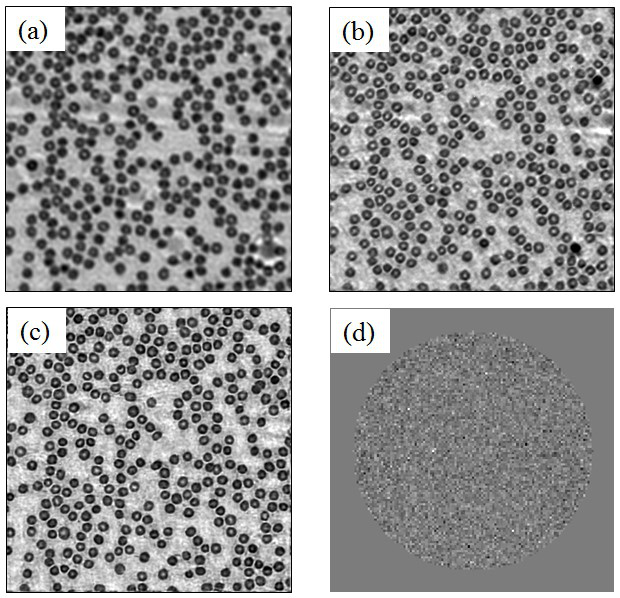 Link to the paper: