Recently, the team of Academician Fang Daining and Professor Hong Jiawang of Beijing Institute of Technology has made important progress in the research of strain gradient engineering and discovered a new physical mechanism driving the asymmetric mechanical properties in ferroelectrics --the Flexo-deformation effect. Related results were published as "Asymmetric Mechanical Properties in Ferroelectrics Driven by Flexo-deformation Effect" in  Journal of the Mechanics and Physics of Solids, the top journal in the field of solid mechanics. The first author of the article is a PhD student Lun Yingzhuo . 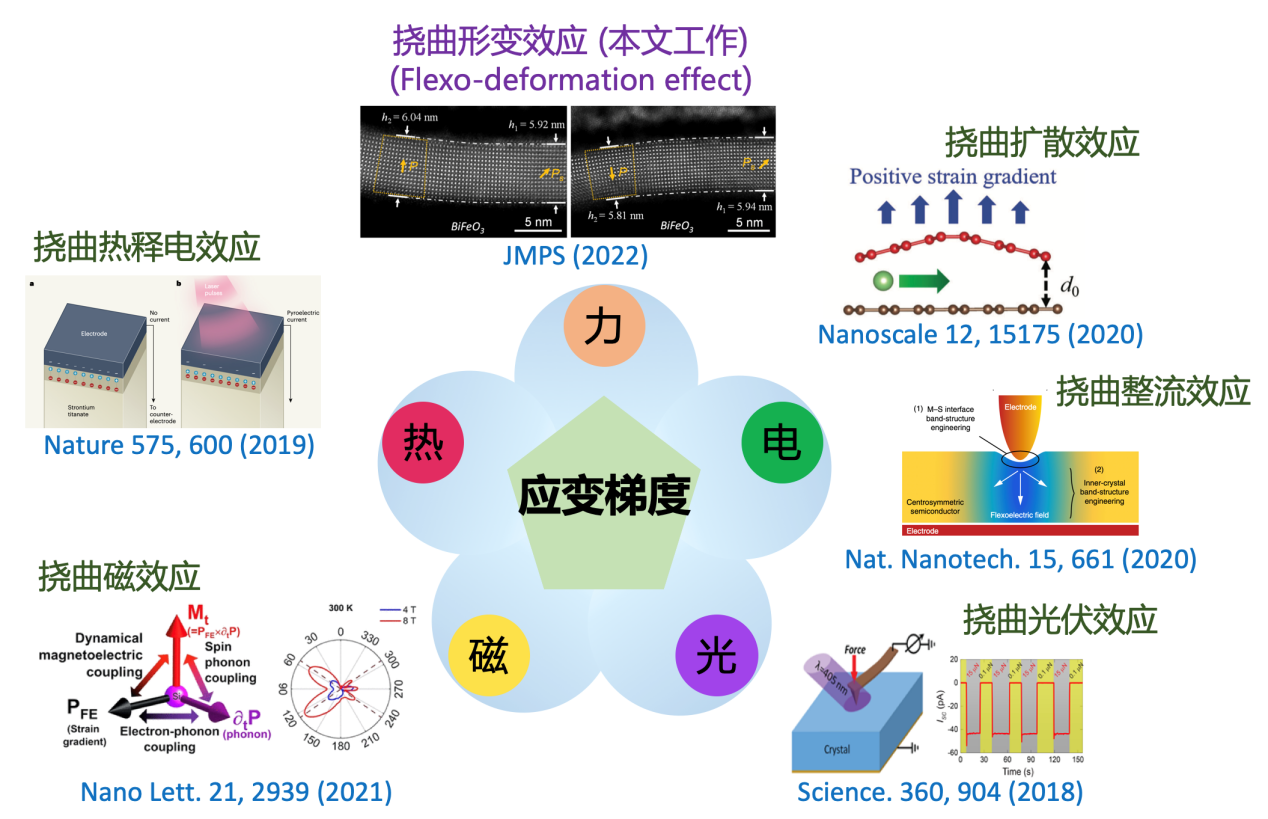 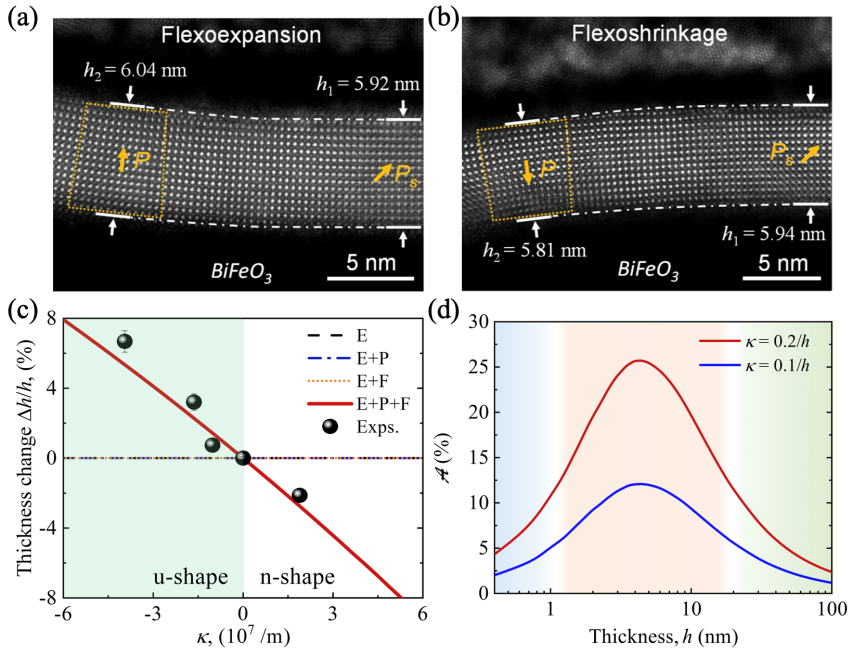 The flexo-deformation effect, which builds on the flexo-diffusion effect proposed earlier by the team for strain gradient engineering (Nanoscale, 12, 15175 (2020)), investigates the coupling effect between strain gradients and asymmetric mechanical properties, and further enriches the physical blueprint for the study of multi-field coupling in the strain gradient in advanced materials  (as shown in Figure 1). 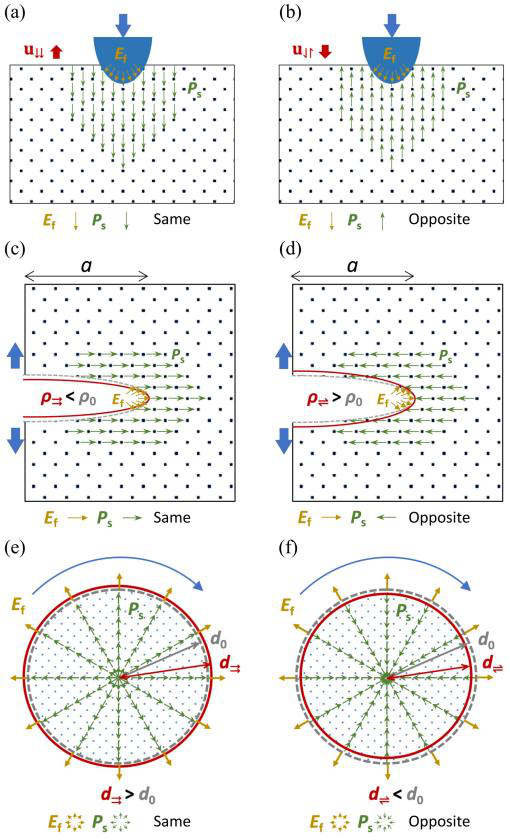