The “Flying Eagle” wins again! BIT Performed Well in the 2021 “Who Fights” Competition!

Flying Eagles” of BIT has showed its strong strength once again in the technical competition with domestic top universities and enterprises by several prizes, including the championship of the “Summit Showdown” project, the winning prize of the “Handshake in the Air” subject, and the “Score King”.

With the purpose of “innovation-oriented, open-minded, future-oriented and capability enhancement”, the “Who Fights” challenge attracted 51 teams and more than 500 participants from research institutions, enterprises and universities. The challenge was divided into five subjects: Speed Traversing, Witnessing for All, Bodies and Shadows, Handshake in the Air, and Summit Showdown, and required all participating drones to achieve fully autonomous control.

As a co-organizer of this competition, the Beijing Institute of Technology (BIT) undertakes the construction of the virtual simulation environment for the “Summit Showdown” subject. BIT innovatively adopts a combination of simulation and reality to organize the teams to compete against each other through the algorithm. In this subject, the teams focus on the development of intelligent confrontation algorithms. Only by implanting the algorithms into the standard embedded hardware and virtual simulation environment, they are able to participate in the competition. Through this approach, the competition takes the intelligent algorithm software as the content of the competition, which greatly reduces the threshold of participation, thus attracting many innovative teams to actively participate. 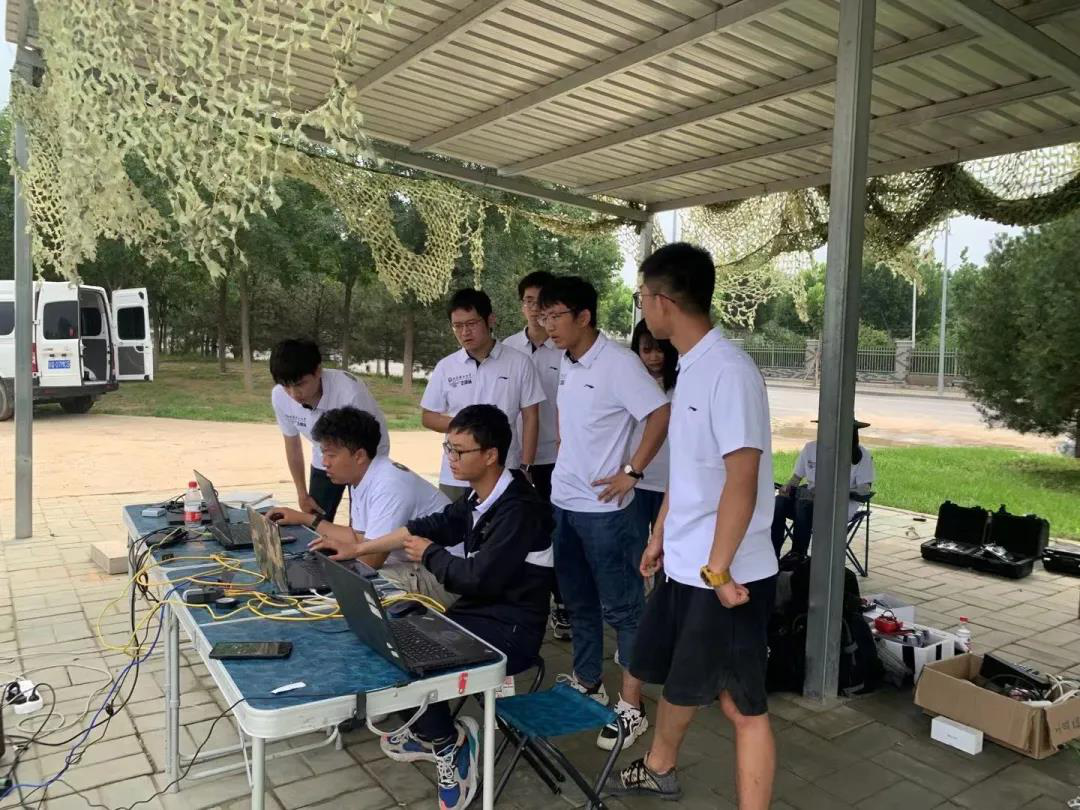 In the subject of “Handshake in the Air”, each team needs to send 2 to 10 fully autonomous UAVs to form a cluster. The lead UAV will drag the interface and complete the air docking, a one-time success. 10 intelligent UAVs developed by the “Flying Eagles” team of BIT independently participated in the rotor group challenge, and finally won the “Winning prize” and “Score King” by their excellent performance. 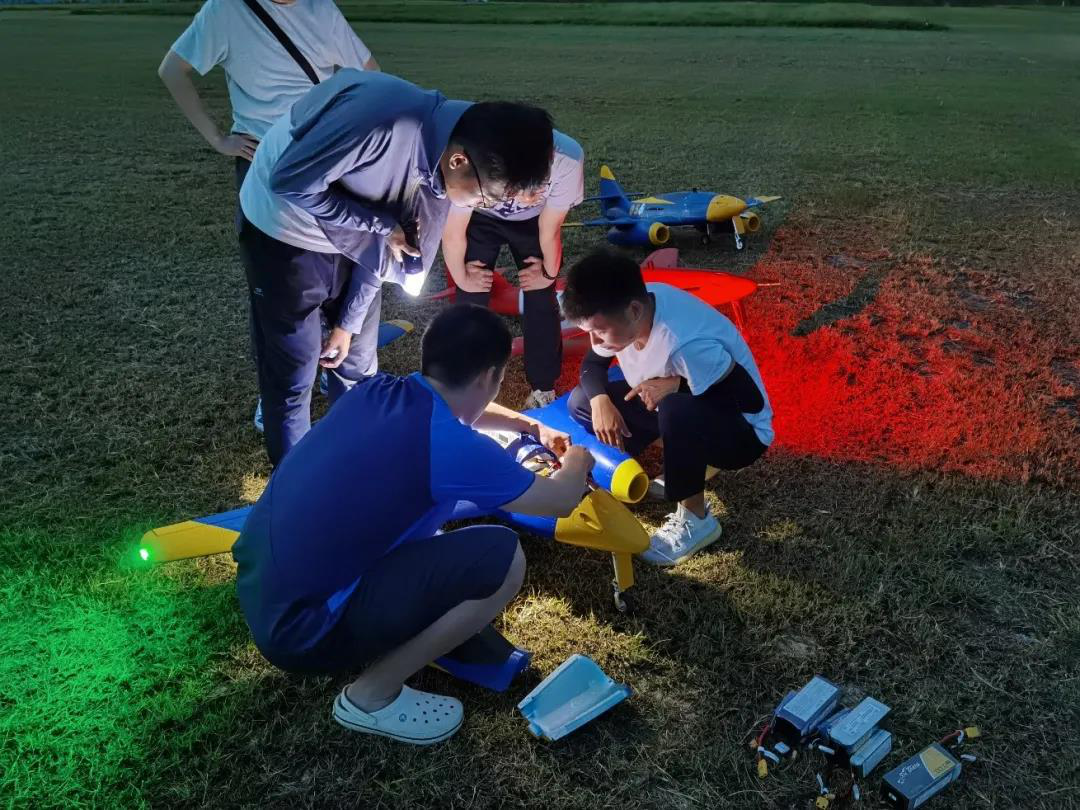 In the subject of “Summit Showdown”, the teams commanded the drones to compete in a 2 vs. 2 contest in the air by writing intelligent algorithms. “Flying Eagles” team of BIT played well in this subject and won the “Champion”!

The team analyzing the data after the game

The “Flying Eagles” team of BIT is a university student science and technology innovation team composed of undergraduate, master and doctoral students from the School of Aerospace Engineering, supported by the Institute of Autonomous Control of Unmanned Aerial Vehicles, actively carrying out scientific and technological innovation work, taking the application of cutting-edge artificial intelligence technology on UAVs as its exploration direction.

Over the years, the “Flying Eagles” team insists on giving equal importance to scientific research and talent cultivation and promotes “dual innovation” with platform support. Through the high-level competition in the field of unmanned systems, the training of talents, discipline construction, cutting-edge basic research, key technology breakthroughs and internationalization are driven, forming a “Five-sphere Integrated Model” through undergraduate, master and doctor cultivation. As a result, the team has achieved excellent results in high-level international competitions at home and abroad, and won the championship at the Mohammed bin Zayed International Challenge (MBZIRC2020) in Abu Dhabi, UAE for two consecutive times. 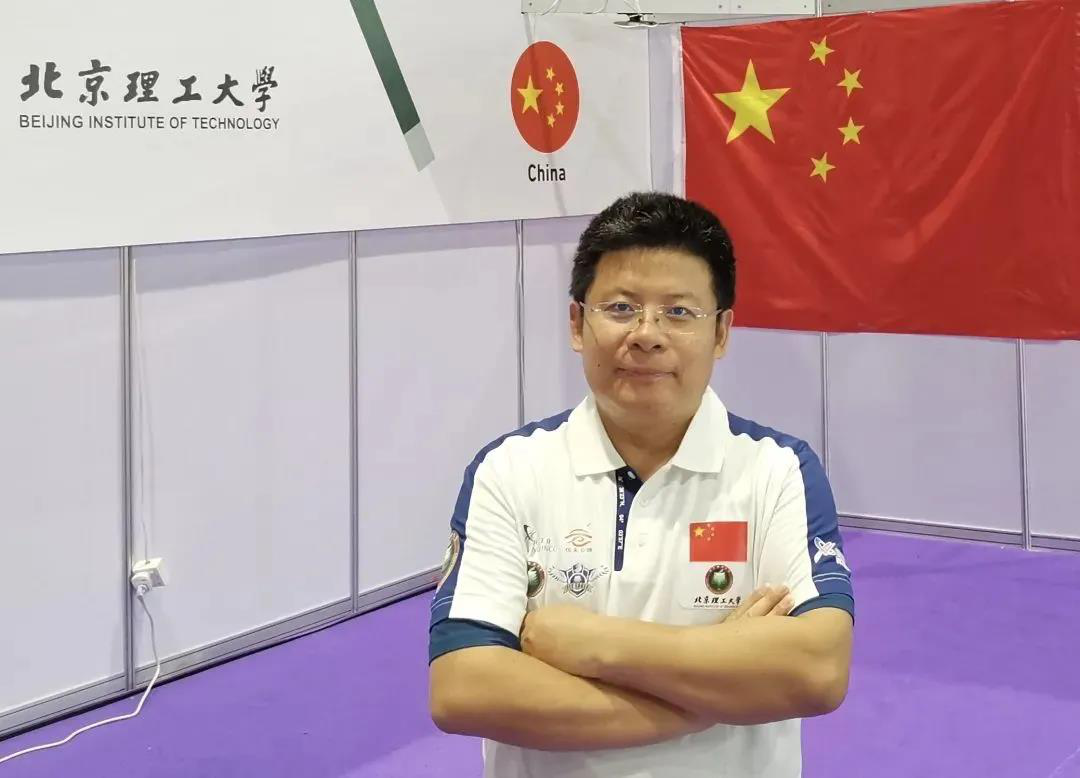 Lin Defu: Awarded the Capital Labor Medal! He is the "Flying Eagle" professor of BIT! 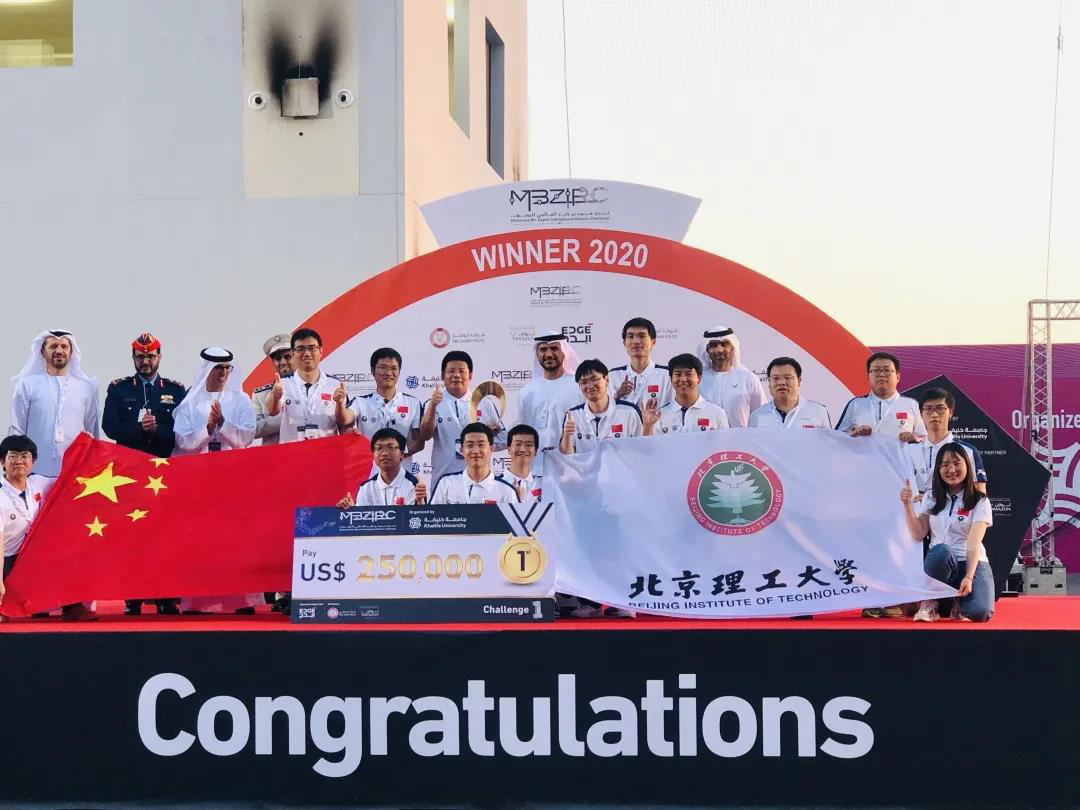 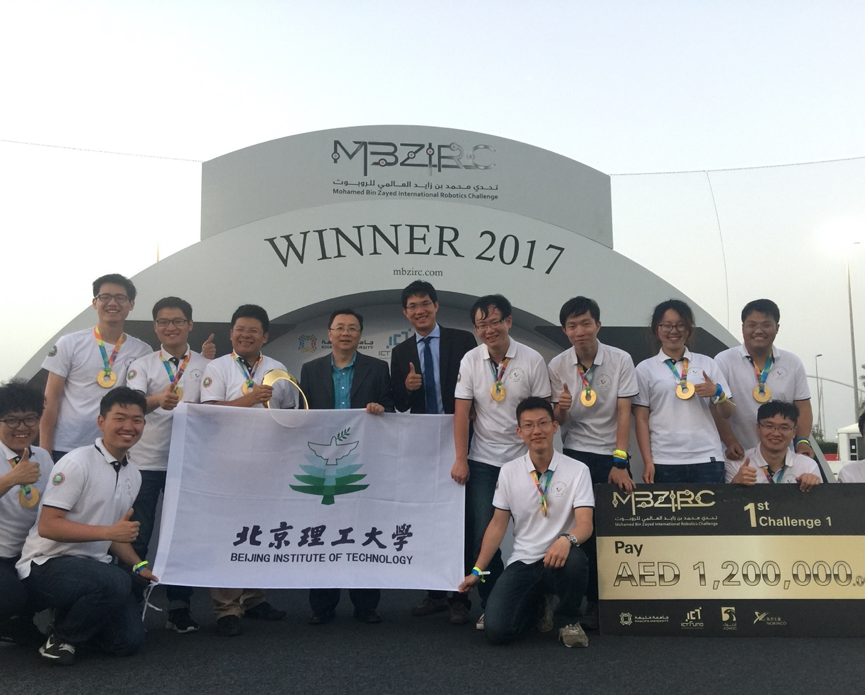 BITers will live up to their mission and report to the motherland with practical actions and excellent results!