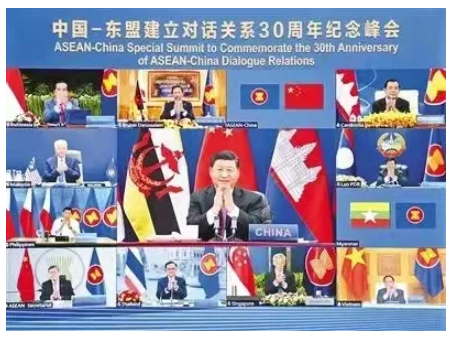 On the morning of November 22, President Xi Jinping attended and presided over the 30th Anniversary Summit of the China-ASEAN Dialogue Relations in Beijing via video, and delivered an important speech entitled "Sharing Common Destiny and Building a Home Together". China ASEAN officially announced the establishment of a comprehensive strategic partnership between China and ASEAN.

Highlight the art exchange between young people in the two places

Six international students from BIT participated in the competition

Let's look at their works together