2021 marks the 100th anniversary of the founding of the Communist Party of China and the first year of implementing the 14th five year plan and starting a new journey of building a modern socialist country in an all-round way. On the occasion of the study and education of party history carried out by the whole party, the Publicity Department of the Party Committee specially launched a special report on "always follow the party and forge ahead in a new journey", comprehensively showing the achievements of the university in strengthening the Party's leadership and Party construction, vividly telling the struggle stories of BIT workers, and widely condensing the majestic force of the school's career development. This issue introduces a special report by young teacher Song Tao. Let's listen to the struggle story of "green pepper". 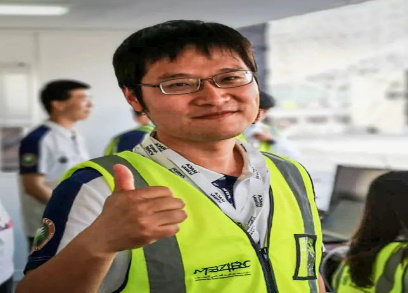 Song Tao, young teacher of the Academy of Astronautics

He is a pre appointed assistant professor of the Institute of Autonomous Control of Unmanned Aerial Vehicles and the instructor of the Flying Eagle Team.

"Seeing international universities give a thumbs up to our Chinese team and hearing their praise of 'incredible', 'excellent' and 'admiration', I think everything is worth it." Song Tao, a teacher at the Institute of UAV autonomous control, School of Astronautics, Beijing University of technology, recalled the scene at the 2020 Muhammad Bin Zayed International Robot Challenge (MBZIRC2020), “Thinking of the years of continuous struggle since I joined the work, I am still excited.”

In 2016, after completing his postdoctoral research at Munich University of Technology, Song Tao declined the invitation of many foreign universities and scientific research institutions, resolutely chose to return to work and joined the Institute of Autonomous Control of Unmanned Aerial Vehicles of the School of Astronautics of BIT. 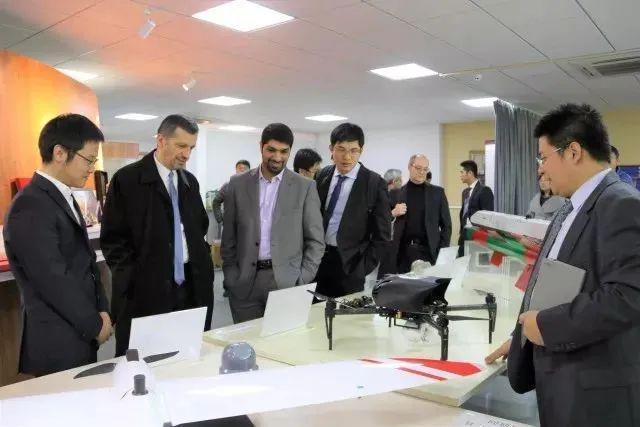 Under the guidance of Professor Lin Defu, the team leader, he combined his personal knowledge with the country's major strategic needs, made great efforts to break through the national key technology bottleneck and devoted himself to cultivating first-class talents. "When I devote myself to my work, I feel that time passes very fast and I don't feel tired. I only have a full sense of achievement." 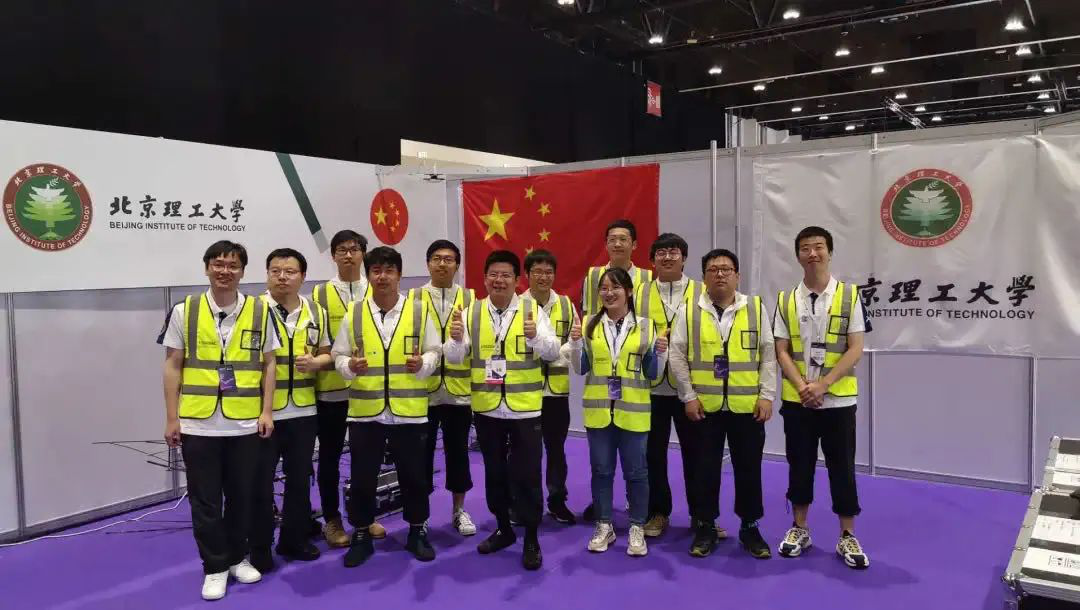 Song Tao (fifth from the right of the second row) led the "Flying Eagle" team to the competition.

Like the students of the flying eagle team, I am both a dream-seeker and a dream-finisher.

As the instructor of the "Flying Eagle" of University Students' Scientific and Technological Innovation Team, Song Tao responded positively to general secretary Xi Jinping's directive requirements for the core technology "to take the lead in command", led the "Flying Eagle " to concentrate their efforts and tackled difficulties, and concentrated on conquering the frontier technology and practical application problems of the unmanned system and artificial intelligence in such aspects as the structural design of the unmanned system, visual perception and perception. It has realized the absorption, integration and breakthrough of cutting-edge key technologies. 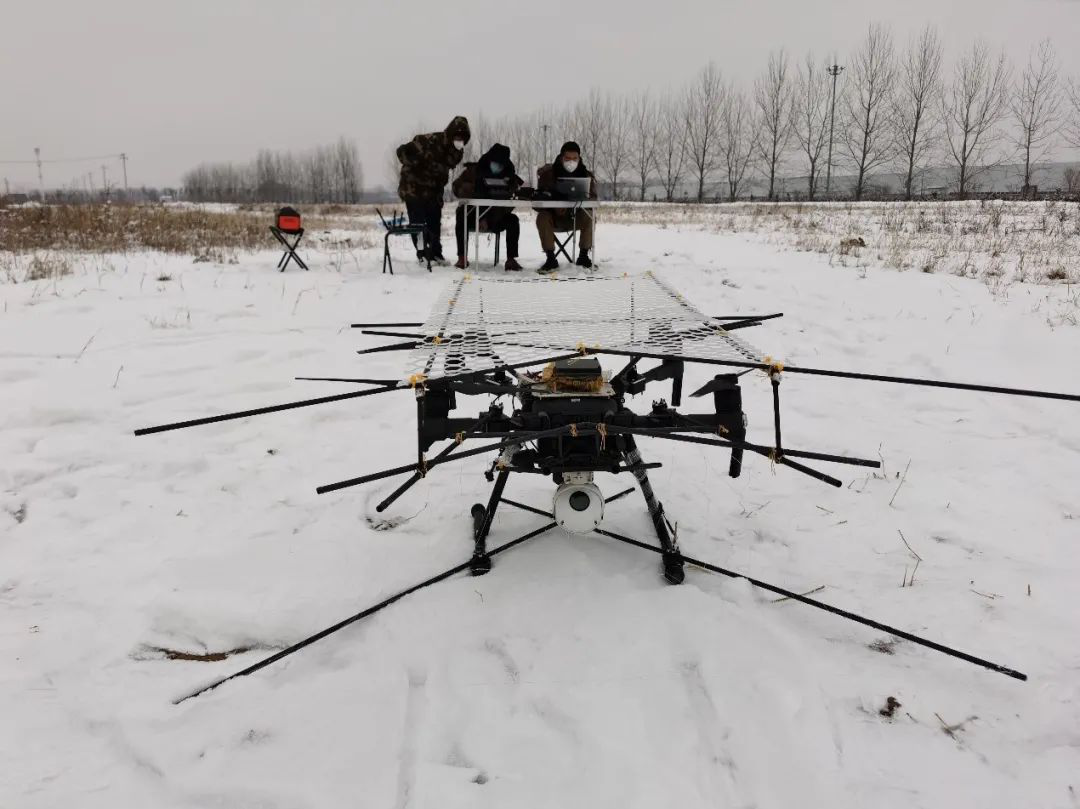 Song Tao led the team to persist in the experiment in the heavy snow.

In February 2020, with novel coronavirus pneumonia epidemic and the support of Schools and Colleges, Song Tao and He Shaoming, Zheng Duo and postdoctoral colleagues led the team to "research and prevent epidemic diseases".

The cold weather froze every operator's hands, and the slippery snow reduced the running speed of everyone's debugging equipment. The shoes and socks were wet and the eyebrows were frozen, but this could not stop the team's progress. Everyone had only one belief in their hearts, that is, "advance the arrangement and break through the difficulties as soon as possible". 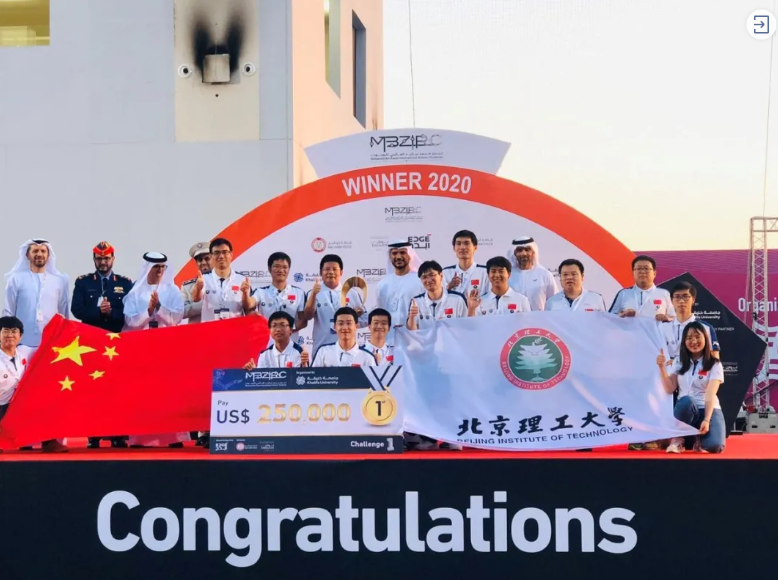 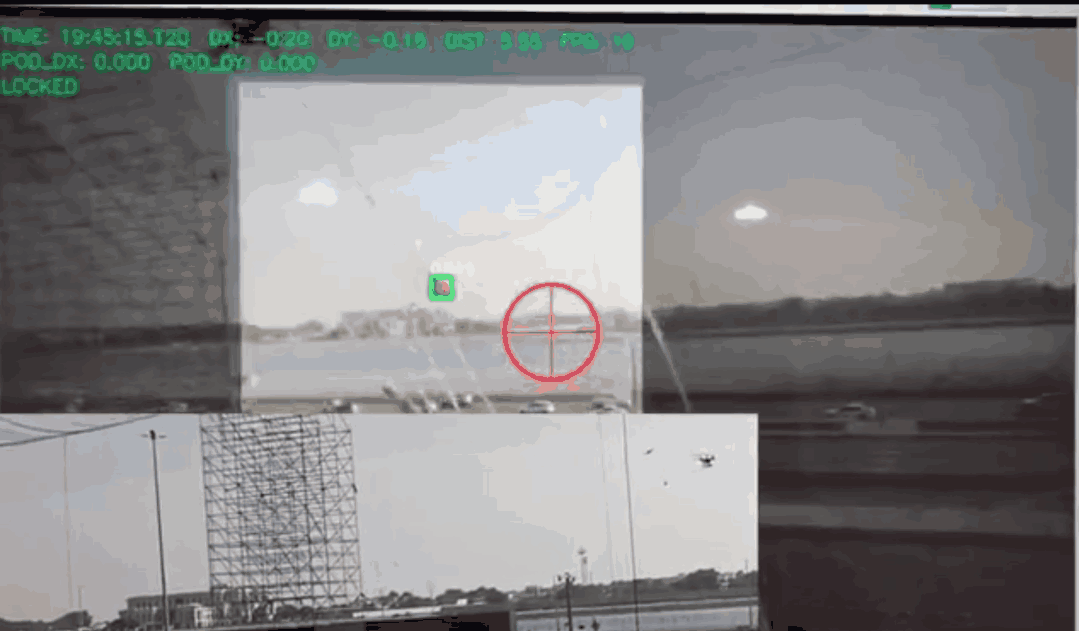 Finally, as the only team representing China, "Flying Eagles" appeared in the Muhammad Bin Zayed International Robot Challenge (MBZIRC2020) held in the United Arab Emirates, competed with top international research institutions and universities, won the championship with the only full score and successfully defended the title.

Scientific research can not be carried out in a corner. Only through exchanges and cooperation can we constantly push through the old and bring forth the new. 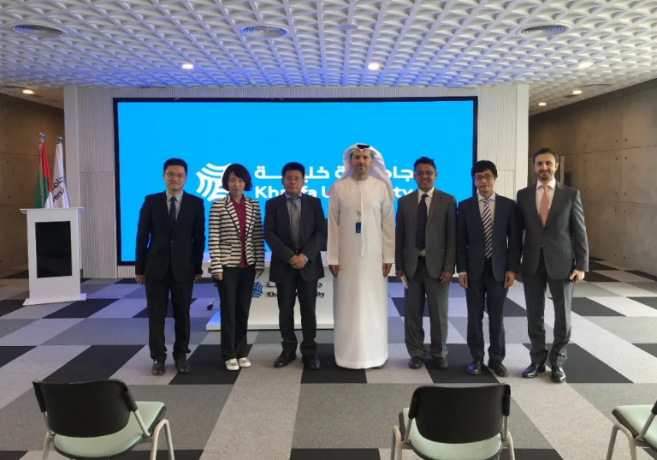 Song Tao (first from left) goes to the United Arab Emirates with his team teacher.

Since 2018, Song Tao, Professor Lin Defu and Professor Zhang Fubiao have visited the United Arab Emirates for many times to communicate and jointly build an International Joint Laboratory of intelligent unmanned systems with Caliph University.

Through cooperation and exchanges, China and Argentina have established a highly trusted partnership, and the results of cooperation have been highly praised by the relevant departments of Afghanistan.

Write the paper on the land of the motherland and apply scientific and technological achievements to the great cause of building a powerful country.

As the chief designer of national key projects, in order to solve the problem of UAV stability, Song Tao went deep into the front line of scientific research, assembly and flight test day and night, overcame one technical problem after another through theoretical analysis and reproduction, improved control methods and re modeling, and made unremitting efforts for the major strategic needs of the country. 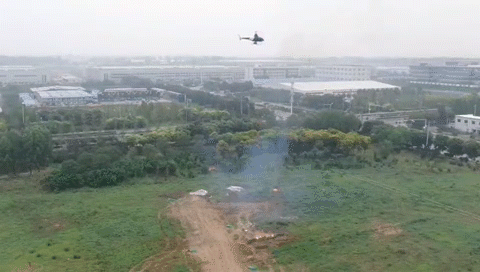 The unmanned cluster cooperates with the fire extinguishing system to extinguish the fire.

Facing the national poverty alleviation strategy, Song Tao actively responded to the call and developed the UAV cluster fruit forest precision management system by combining the key technologies of UAV cluster with the fine management of fruit forest, aiming at the problems of mountainous areas and insufficient labor force in poor areas. 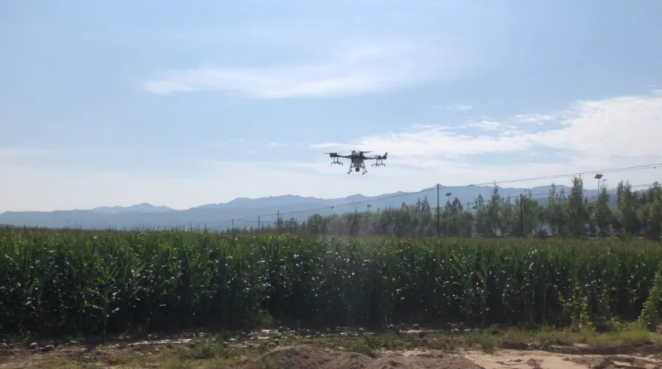 "In order to realize the reliable operation of UAV in mountainous and other complex environments, we have transformed the scientific research achievements of UAV autonomous control, effectively improved the autonomous flight ability of UAV and reduced the operating burden of personnel," Song Tao said. In March 2019, the UAV launched a normalized flight in the 1000 Mu Hazelnut forest in Liuhe, Jilin Province, realizing the timely detection and accurate disposal of fruit forest diseases and pests by the UAV cluster, which was widely recognized by farmers.

"I feel very honored and proud to see that my scientific research achievements can be applied in practice and contribute to national development and construction." It is Song Tao's responsibility and responsibility as a contemporary young scientific and technological worker to serve poverty alleviation and Rural Revitalization. 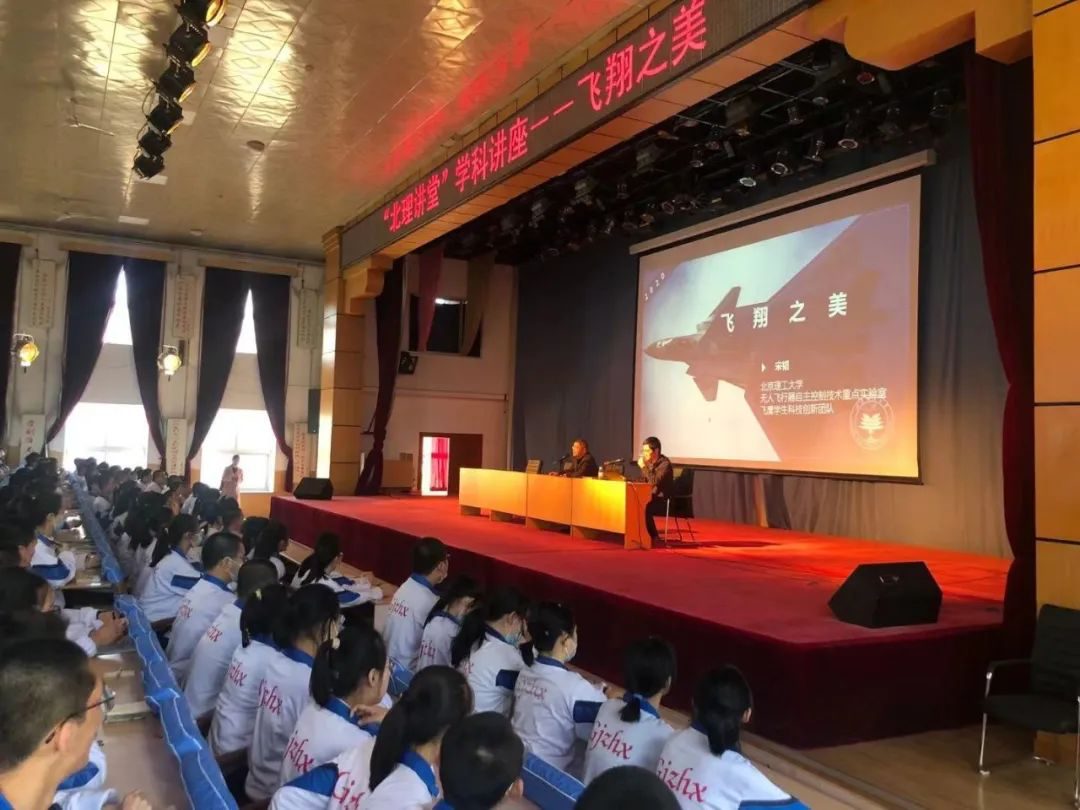 As a people's teacher, Song Tao always cares about the cause of popular science among young people. He and his team have visited many primary and secondary schools in many places such as the High school Affiliated to Renmin University of China, the High School Affiliated to BIT, the Primary School Affiliated to BIT, and Changsha Yali Middle School to offer lectures and scientific and technological innovation courses, so that primary and secondary school students can experience the new technologies of unmanned system and artificial intelligence, stimulate teenagers' interest in scientific research, and cultivate their innovative spirit and practical ability.

In the new era, personal destiny is closely linked with the motherland. 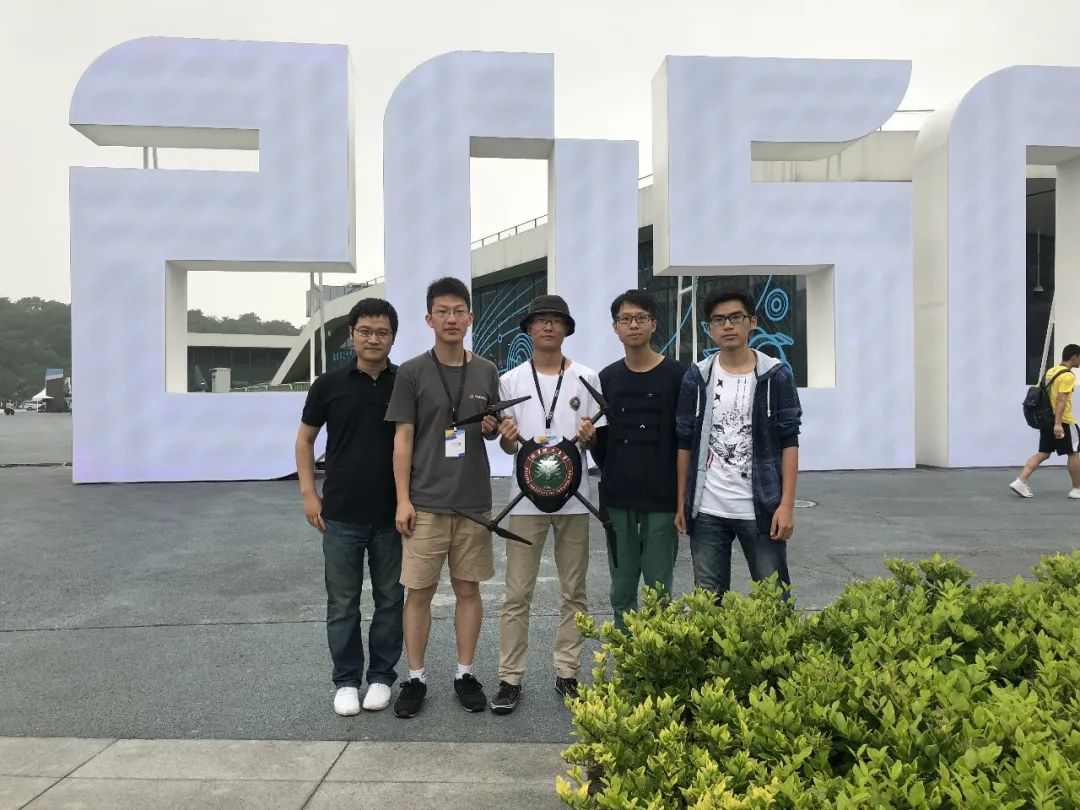 Song Tao (first from the left) and students attended the 2050 conference.

In the future, Song Tao will continue to aim at the needs of the country, apply scientific research achievements to the places most needed by the motherland, strive to cultivate new people of the times who are responsible for national rejuvenation, contribute to the "double first-class" construction of BIT and make contributions worthy of the times!