Class begins! Watch movie? He is a "quantum" teacher.

There may be a door in the universe without any physical carrier. Through it, you seem to see everything in the world. Across this "arbitrary door", you can reach the place of your dream.

The scene of crossing the wormhole in the movie Star Trek.

April 14, on the world quantum day, Guan Weijun and his classmates listened to the story of the quantum world in the class of Yin Zhangqi, a Professor of the School of Physics.

"Magical pictures and familiar melodies are like the arbitrary gate of Doraemon in cartoons. With the development of quantum technology, 'arbitrary gate' will not only exist in people's fantasies. Perhaps through the efforts of several generations, people can cross the barrier of distance and shuttle between time and space." At the lecture on quantum physics in science fiction films, Yin Zhangqi, professor of Quantum Technology Research Center and deputy director of Department of Theoretical Physics, School of Physics, Beijing Institute of Technology, talked about the development direction of quantum technology in the future. 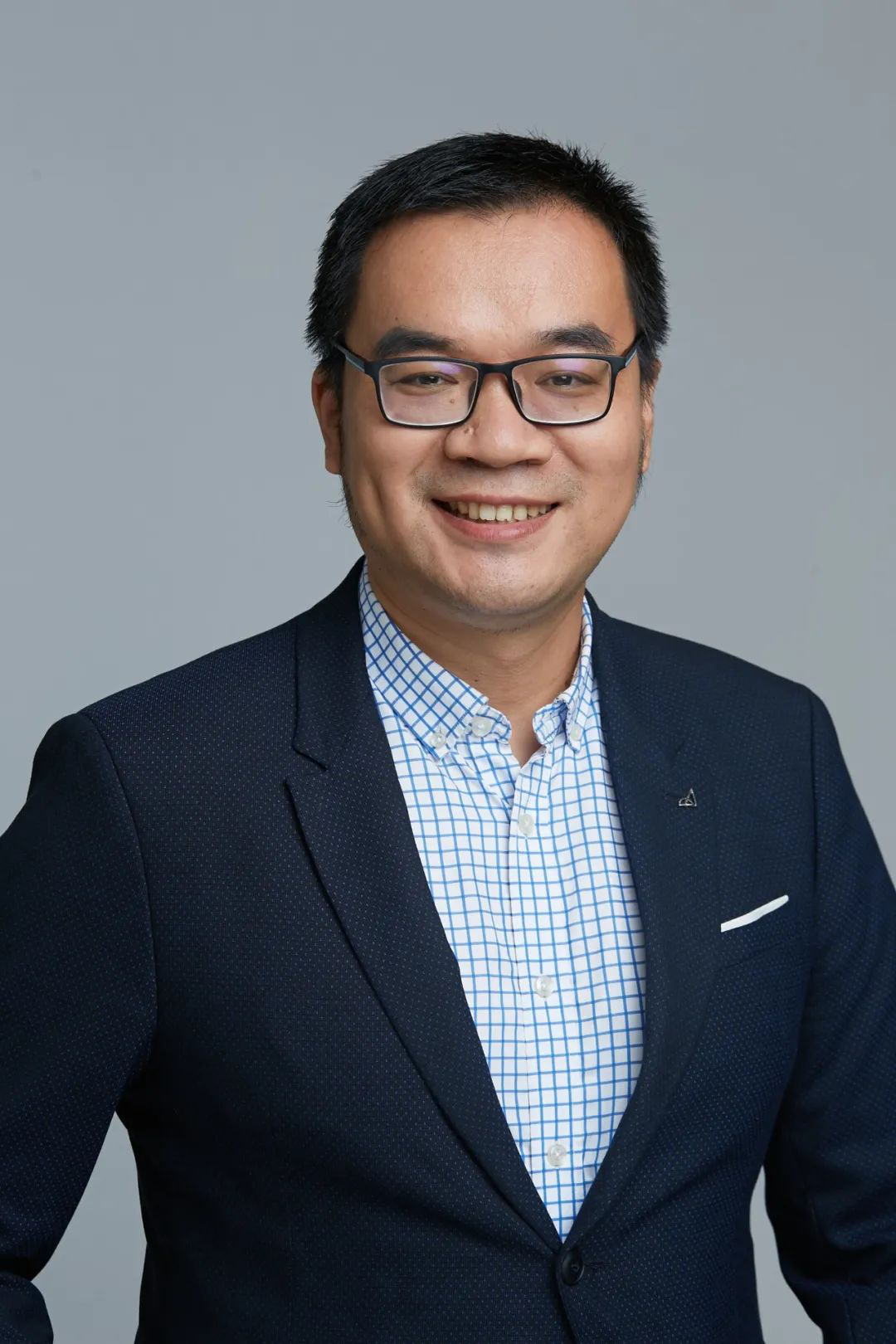 "I loved physics since I was a child. When I was a child, I was deeply attracted by 'Schrodinger's cat'. The title of the composition for the college entrance examination is also" if memory can be transplanted. " In the autumn of 1999, 17-year-old Yin Zhangqi entered the Physics Department of Xi'an Jiaotong University with a "science fiction dream" and began to study physics. After ten years of training in this stage, the profound foundation of theoretical physics has been deeply imprinted in Yin Zhangqi's heart, and deep cultivation in the field of quantum technology has become his career and ideal. In 2012, yinzhangqi left the post doctoral station of the University of science and technology of China and entered the cross Information Research Institute of Tsinghua University; In 2019, he joined the Quantum Technology Research Center of School of Physics in Beijing Institute of Technology. 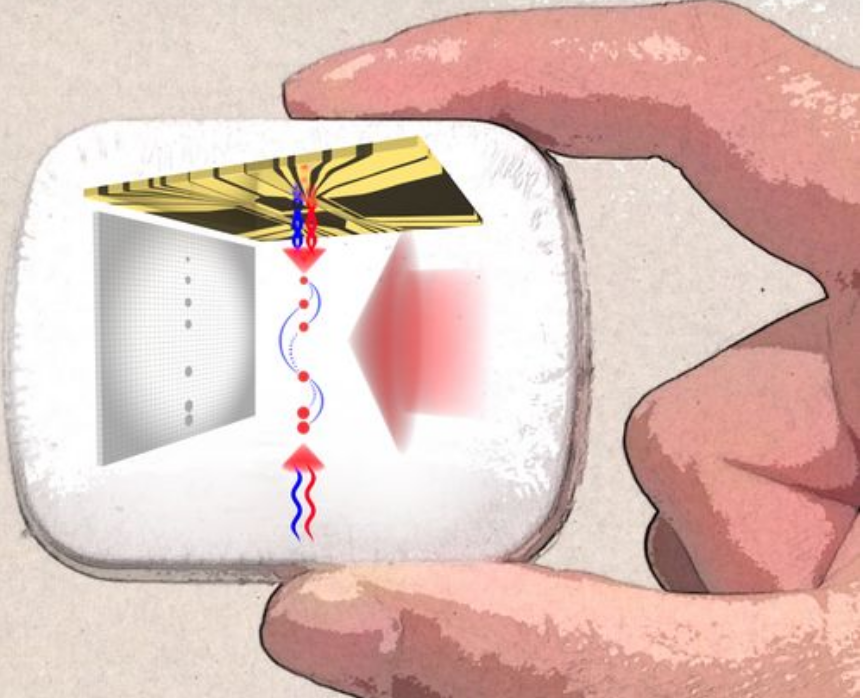 "With the development of science and technology, the traditional optical microscope and electron microscope have been difficult to meet the observation needs in fields such as single molecule fluorescence detection, nano magnetic structure and ultra sensitive measurement of acceleration. To improve the measurement accuracy, it is necessary to break through the classical measurement limit and realize higher precision measurement by using macro material wave interference technology." Quantum precision measurement is the research field that Yin Zhangqi has been engaged in for a long time.

"Grinding time" to do scientific research

"Science has a frontier and a foundation. The frontier needs someone to study, and the foundation needs someone to inherit." Quantum science is the frontier of theoretical physics research and a hard nut to crack. If you want to make a little progress, you have to pay a hundred times of hardships and efforts. Yin Zhangqi has a full understanding and understanding of scientific research that requires painstaking efforts. In his opinion, doing some small research topics thoroughly is also a solid contribution to academia.

Sand makes a tower, and finally a thousand miles long dike. So far, Yin Zhangqi has published more than 70 papers in the field of quantum science, including NAT. Phys Many papers in top journals of the industry such as Phys. Rev. A and Science Bulletin. Among them, the highest citation of a single article exceeds 300 times through Google academic retrieval. The paper was also rated as "China's 100 most influential international academic papers in 2007" by the China Institute of science and technology information. In addition, Yin Zhangqi has also undertaken a number of provincial and ministerial key projects such as general projects of the natural science foundation. In 2021, Yin Zhangqi was awarded the title of national talent.

"In the era of great development of quantum technology, introducing mature experimental technology in the field of quantum information into the classroom is of great benefit to improving the teaching effect." After coming to Beijing University of technology in 2019, Yin Zhangqi began to meet new "challenges". Yin Zhangqi's new direction is to transform scientific research accumulation into teaching output, strengthen teaching ability, improve classroom effect and promote the cultivation of students' innovative ability. 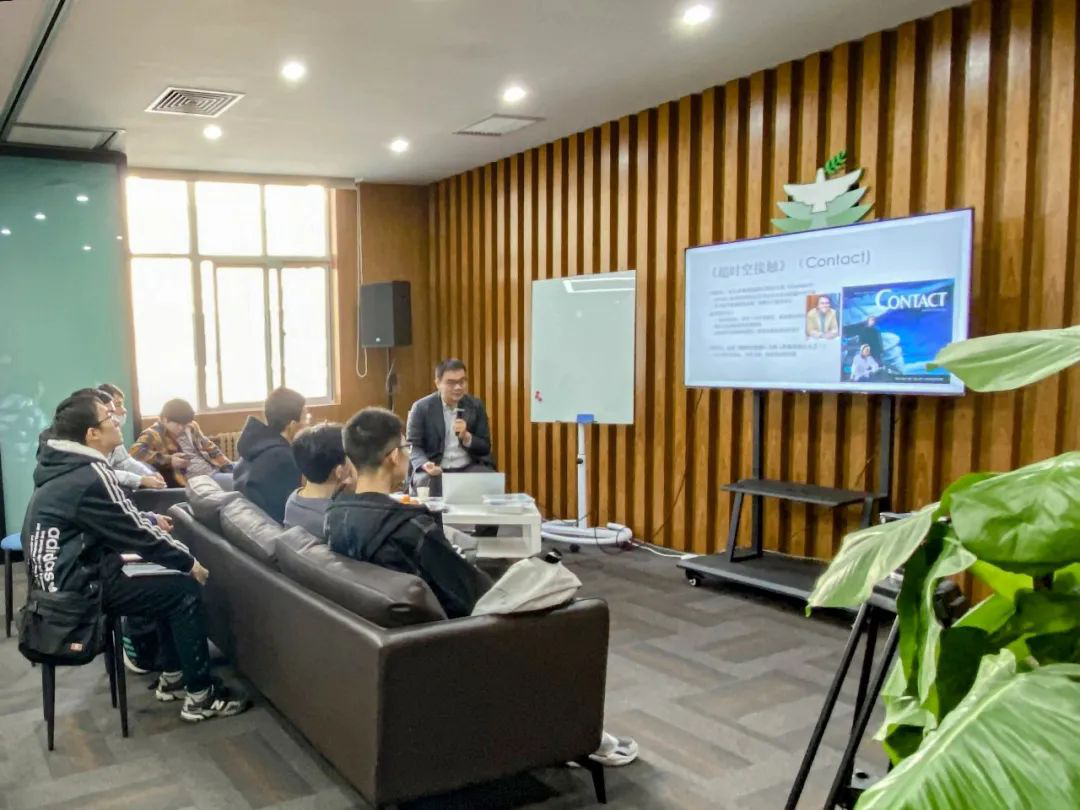 Yin Zhangqi explained the physics knowledge in the film to students on the physics open day.

Talking about "quantum" through the film is one of Yin Zhangqi's "secrets" to mobilize students' enthusiasm. From "contact in time and space" at the end of last century to the popular series of "Star Trek", "ant man" and "Avenger alliance" in recent years, "quantum" is displayed in a more intuitive form in front of the audience, and quantum technology is no longer a concept in mind. In Yin Zhangqi's "general physics" class, quantum entanglement, quantum communication, quantum transmission... Cutting-edge scientific terms have become vivid and specific "science fiction" pictures, firmly grasping the bright eyes of knowledge under the podium. "Quantum technology is actually very interesting. I just introduce you to the tip of the iceberg." Yin Zhangqi said with a smile.

At the beginning of 2020, the quantum precision measurement technology deeply participated by Yin Zhangqi was open to all students in the school, which is also the first practical course of quantum science and technology in the school. The experimental course, which pays close attention to the hot spots of science, has become a hot topic for students to choose courses. Although during the epidemic period, students were unable to return to school to conduct practical experiments, their enthusiasm and persistent pursuit of science did not decrease at all, and the number of course selection soon reached the upper limit of the course. 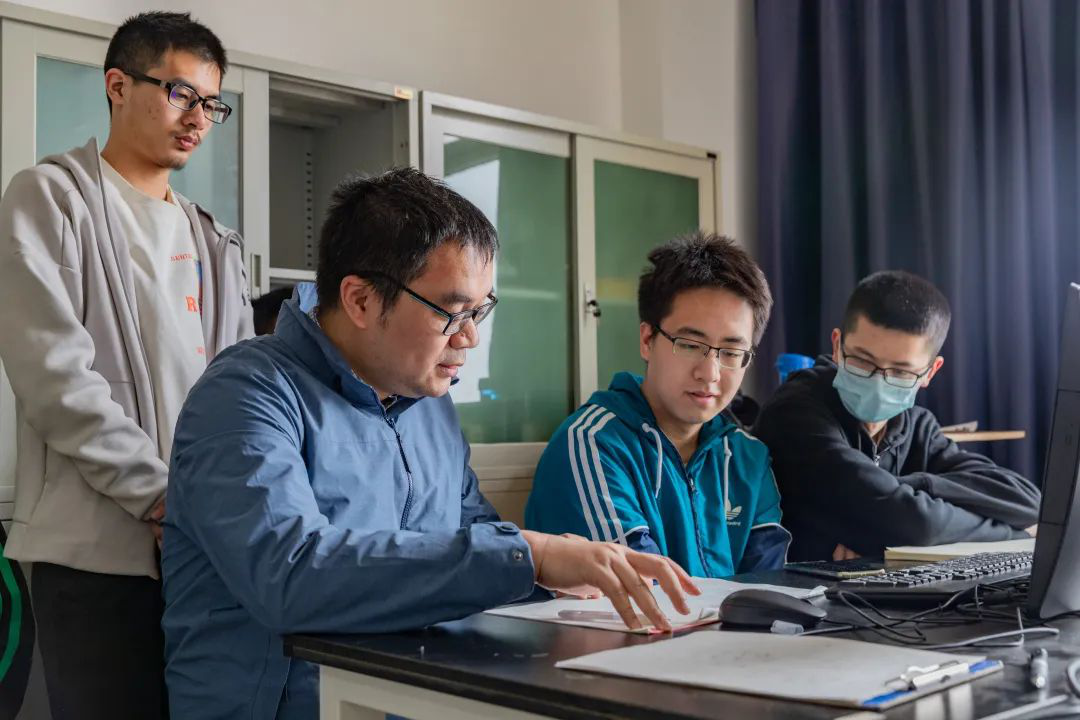 Yin Zhangqi is guiding students to do NMR experiments.

In the past two years, nearly 120 students from many colleges such as Physics, Aerospace, locomotive, Information and Electronics, Optoelectronics and Computer have taken this course, and nearly ten experiments related to quantum precision measurement have been completed on three platforms: single photon counting imaging, diamond color center and nuclear magnetic resonance. "Some contents of quantum theory are difficult, but I feel that my understanding of quantum physics is more intuitive through hands-on experiments. It turns out that quantum technology is not so 'unattainable'." Yang chengtianyou, a 2019 undergraduate of Qiushi college who participated in the practical course of quantum precision measurement technology this semester, is full of confidence in learning physics after the nuclear magnetic resonance experiment. 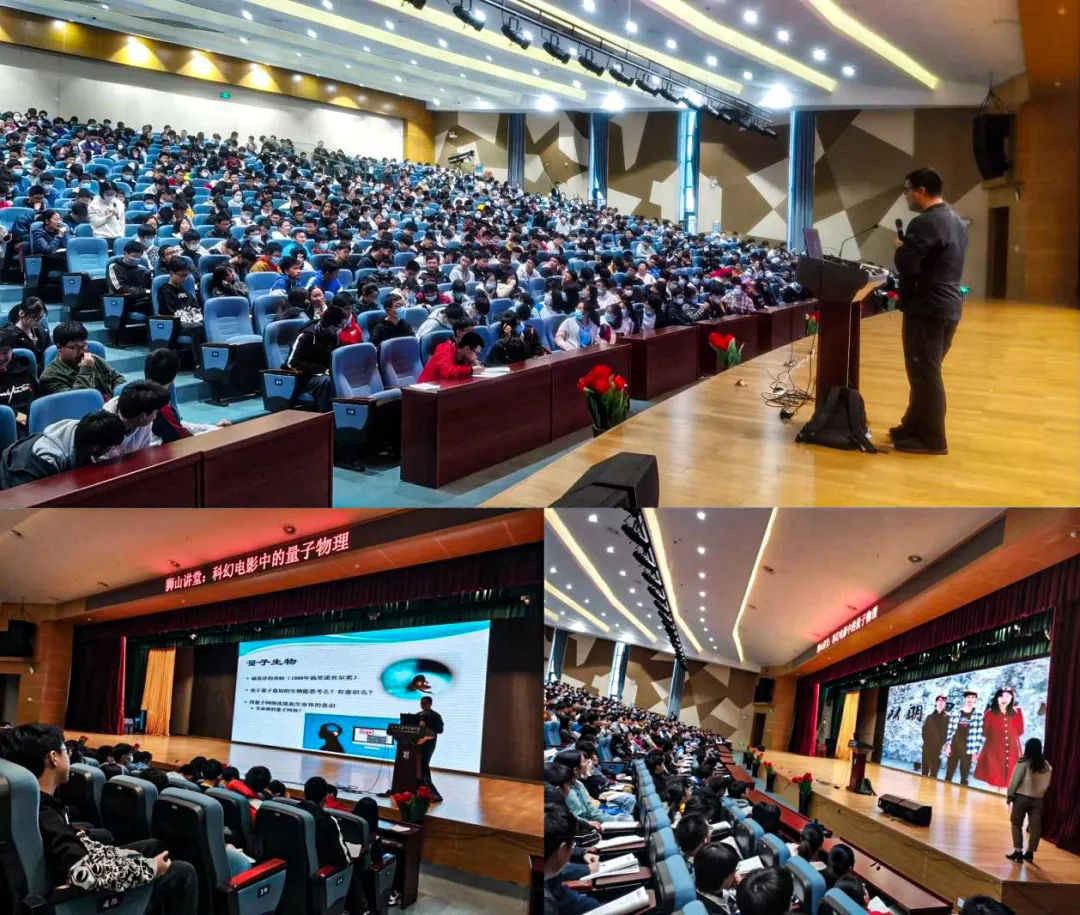 Yin Zhangqi has held popular science lectures for primary and middle school students for many times.

Should undergraduates do scientific research? Is it necessary to change major? Does "time crystal" really exist Enter similar questions in the search column of Zhihu, and you will find Yin Zhangqi's "high praise answer". Yin Zhangqi, 40, is one of the first batch of users to know. He is also an excellent respondent under the two topics of "scientific research" and "physics". Sharing scientific knowledge with more people is his biggest hobby.

"I love physics and scientific research. It is my ideal to carry forward scientific research and make more people like science and physics." In addition to teaching and scientific research, Yin Zhangqi also has another identity - the chief professor of the national science popularization base. He integrates his profession with his life and is active in knowledge sharing platforms such as "Douban", "nutshell" and "Zhihu". So far, he has published 126 articles on Zhihu and written 97 answers. Three answers and 18 articles have been recommended by editors, included in Zhihu round table and Zhihu daily. He is also an online "popular science expert" with 50000 fans.

As a sub topic of "welcoming the 20th National Congress and forging ahead in a new journey", the column of "ingenuity teachers" will successively launch a series of special reports on good teachers who adhere to morality, dedication and dedication in front-line education posts.