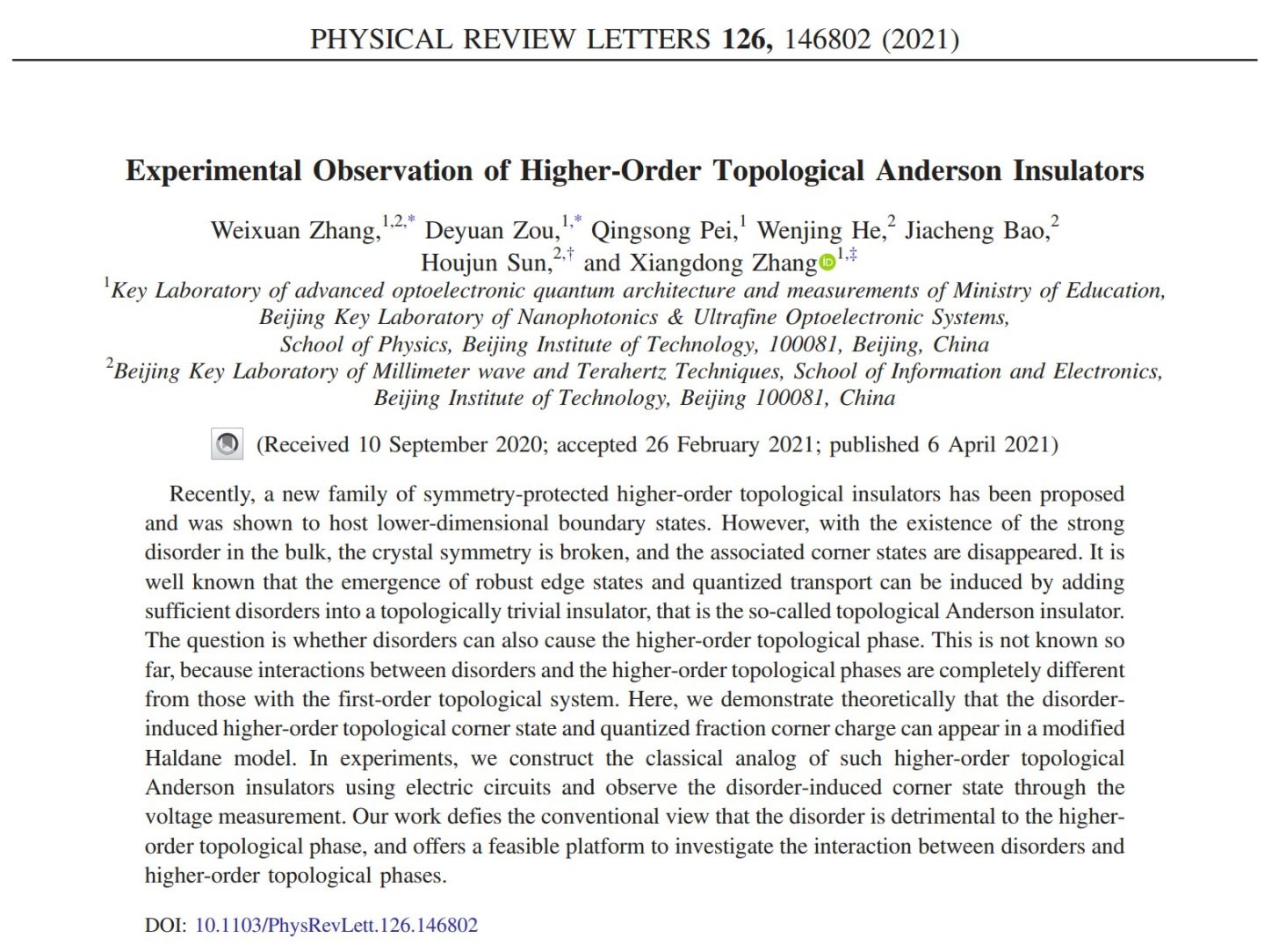 Recently, working with the research group of Professor Sun Houjun from the School of Information and Electronics, the research group of Professor Xiangdong Zhang from the School of Physics of Beijing Institute of Technology has made important progress in the research of topological circuits and high-order topological states. Related research results were published in the recent Phys. Rev. Lett. and Phys. Rev. B Rapid Communications (Editor’s Suggestions). The series of research work was funded by the National Natural Science Foundation of China and the National Key Research and Development Program.

The novel microscopic effects in the condensed matter system can be simulated by designing classic circuits on the basis of the consistency of the crystal lattice and the electronic circuit network in the condensed matter physics system. Compared with solid materials and some other classical systems (such as electromagnetic wave and acoustic wave systems, etc.), classical linear circuits have flexible and reconfigurable connection characteristics. In the meantime, the nature of the linear circuit is determined by the way the end points in the circuit network are connected, and has nothing to do with the specific shape and spatial dimensions of the circuit. Therefore, some quantum states of matter that are difficult to realize in condensed matter systems and other classical systems are expected to be achieved in circuit systems. Recently, a research team from Beijing Institute of Technology has taken the lead in realizing three-dimensional octopole topological phases, four-dimensional high-order topological phases, and high-order Anderson topological phases caused by disorder using the classic circuit platform. 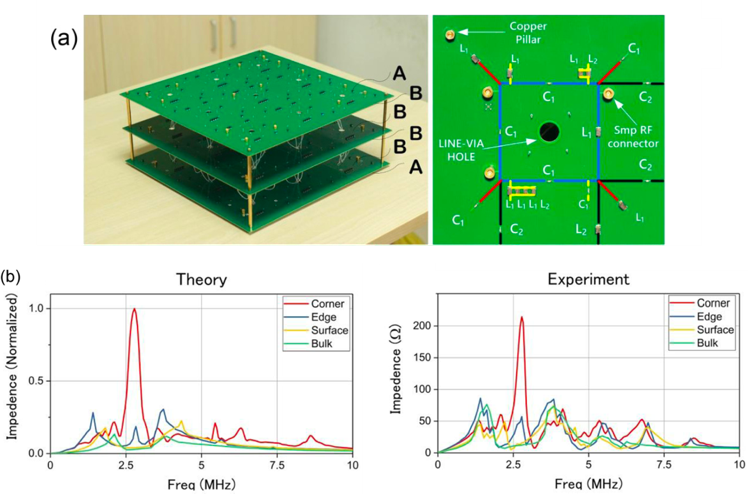 Figure 1. (a). Sample diagram of a three-dimensional octopole circuit.

(b). Theoretical simulation and experimental measurement results of the three-dimensional octopole circuit.

By building non-reciprocal inversion symmetry in the three directions of x, y, z, a three-dimensional octopole topological phase induced by a body octopole can be generated, which supports the zero-dimensional angular state of topological protection. Realizing the classic analogy of the three-dimensional octupole topology phase requires the construction of positive and negative grid point coupling in real space. This demanding requirement can be easily achieved through connecting capacitance and inductance between the circuit grid nodes. What’s more, by designing the connection and grounding of the three-dimensional circuit nodes, the circuit admittance matrix derived from Kirchhoff's equation has the same form as the tightly bound Hamiltonian of the support octopole. Therefore, the designed classic circuit can exhibit the novel properties of the octopole topological insulator. Figure 1a shows the processed circuit sample diagram and its local enlarged diagram. By measuring the impedance response of the corner nodes of the circuit, the high-order topological corner states in the energy gap can be verified. The theoretical simulation and experimental measurement results are shown in Figure 1b.

In November 2019, related work was published on Phys. Rev. B in the form of Rapid Communications [Phys. Rev. B, 100 201406(R) (2019)]. Bao Jiacheng, a doctoral student from the School of Information and Electronics, Beijing Institute of Technology, and a doctoral student from the School of Physics, Zou Deyuan, are the co-first authors of the paper. It is worth mentioning that after the publication of the above work, octopole topological insulators are further used in acoustics [Nat. Commun. 11 2108 (2020), Nat. Commun. 11 2442 (2020)] and circuit systems [Light: Science & applications 9 145 (2020)] has been further verified. 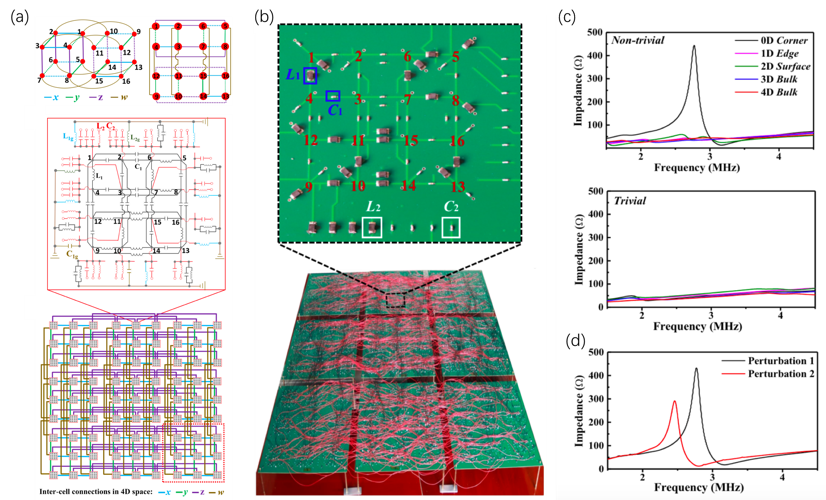 Figure 2. (a) and (b) : four-dimensional sixteen-pole circuit theoretical model and experimental sample diagram.

On the basis of this advantage, the researchers designed a classic circuit analogy of a sixteen-pole topological insulator protected by four-dimensional non-reciprocal inversion symmetry. The theoretical model and sample structure are respectively shown in Figures 2a and 2b. By comparing the topological and mediocre circuit with numerical simulation and experimental measurement, the zero-dimensional angular state induced by the four-dimensional hex pole is verified, and the corresponding experimental results are shown in Figure 2c. Besides, the applicant also studied the effects of different forms of defects on high-dimensional high-order topological states, founding that only special node defects will significantly affect the energy spectrum characteristics of high-order angular states. The relevant experimental results are shown in Figure 2d.

Relevant work was published on Phys. Rev. B in the form of Rapid Communications [Phys. Rev. B, 100 201406(R) (2019)]. This work was highly praised by the editors and was selected as Editors’ suggestions. The 2015 PhD student Zhang Weixuan (currently a postdoctoral fellow in the School of Information and Electronics) and Zou Deyuan, a doctoral student in the School of Physics, are the co-first authors of the paper.

Recently, based on the modified Haldane model (introducing additional lattice deformation), a research team from Beijing Institute of Technology proved the existence of high-order Anderson topological phases by introducing the disorder effect of the next-nearest-neighbor coupling phase. The corresponding theoretical model and calculation results are shown in Figure 3a. From the numerical calculation results, it can be clearly seen that as the degree of disorder of the next-neighbor coupling phase increases, the energy gap of the system will open, and with the generation of topological states, the green area marks the area where the zero-dimensional angular state exists. In addition, the system has quantized fractional charges in this region, which further proves the high-order topological effects caused by disorder.

The above-mentioned lattice model has complex lattice point coupling, and it is very difficult to construct its classical analogy using artificial structures such as light and sound. To solve this problem, the researchers combined the ‘woven’ and ‘non-woven’ circuit network node couplings so as to to achieve effective next-neighbor and nearest-neighbor grid point coupling. Using coupling devices of different sizes, an effective lattice deformation is constructed. The designed sample diagram is shown in Figure 3b. In addition, the researchers control the proportion of the circuit network nodes connected by the disordered ‘knitting’ to introduce different intensities of sub-close coupling disorder to the designed circuit system. With the increase of disorder intensity, the researchers observed zero-dimensional angular states caused by disorder, which proved the existence of higher-order Anderson topological phases. The corresponding experimental results are shown in Figure 3c.

Related work was published in Phys. Rev. Lett. [Phys. Rev. Lett., 126 146802 (2021)]. The 2015 PhD student Zhang Weixuan (currently a postdoctoral fellow in the School of Information and Electronics) and the PhD student Zou Deyuan from the School of Physics, Beijing Institute of Technology are the co-first authors of the paper. It is worth mentioning that two recent related theoretical works [Phys. Rev. Lett. 125 166801 (2020); Phys. Rev. B 103 085408 (2021)] also proved the existence of higher-order topological phases caused by disorder.