From November 17th to 20th, the finals of the 6th China College Students' 'Internet+'Innovation and Entrepreneurship Competition was held at South China University of Technology in Guangzhou, Guangdong Province. The 15 higher education master track projects of Beijing Institute of Technology emerged from the 1.47 million projects worldwide and entered the finals. After two days of fierce competition, BIT’s “Star Network Test and Communication” project passed the competition for the gold medal, the top three, and the championship, and won the championship in one fell swoop. This is the second time that BIT has won the championship in three years after the “Zhongyun Smart Car” project in 2018, becoming the only university in the country to win two championships. In the finals, the BIT delegation won a total of 10 gold awards and 5 silver awards. The number of gold awards and the total number of awards both ranked second among the national universities and won the collective award for advanced universities.

The 6th China College Students' 'Internet+‘Innovation and Entrepreneurship Competition is co-sponsored by twelve ministries and commissions including the Ministry of Education and local provincial people's governments. It is the most influential college entrepreneurial event covering all colleges and universities across the country and for all college students. With the theme of "I dare to break, I will create" and the goal of "more international, more educated, more comprehensive, more innovative and more Chinese", in this year’s competition there are 1.47 million projects from 117 countries and regions at home and abroad, and 4,186 universities, and 6.31 million people signed up to participate. In the finals, there were 164 entries from Mainland China, 23 entries from Hong Kong, Macao and Taiwan, and 111 international entries in the finals. There were a total of 57 gold awards for entries from Mainland China, 5 gold awards for entries from Hong Kong, Macao and Taiwan and 40 gold awards for international entries.  Beijing Institute of Technology won 4 golds and 2 silvers in the Chinese mainland competitions at the Higher Education Main Circuit, and 6 golds and 3 silvers in the international competitions.

In the competition for the gold prize held from the afternoon of the 17th to the morning of the 18th, four projects, Star Network Test and Communication of the School of Information and Electronics , Falcon-Creating a New Era of UAV Prevention and Control in the Urban Environment” of the School of Astronautics ", "Jinggong Zhixian-Pioneer in the Industrialization of Digital Performances" of the School of Computer Science&Technology and "Intelligent Minimally Invasive: The Leader of Integrated Puncture Surgery Navigation Robots" of  the School of Optics and Photonics won the Mainland Project Gold Award;  among the international competition projects, the 6 projects, "Coordinating Water and Fire——A new force for water proof and flame retardant" , "Hyzinc-The Next Generation High Safety Clean Battery", and "The development and application of Cr-based hardmetals",  "Micro Internet of Technology energy supplier system" "Health Care Pilot-A Noval Bioresorbable Stents" of School of Machinery and Vehicle,  "Dr.STENT—Intelligent Solutions for Vascular Intervention" of School of Life, won the international project gold award. 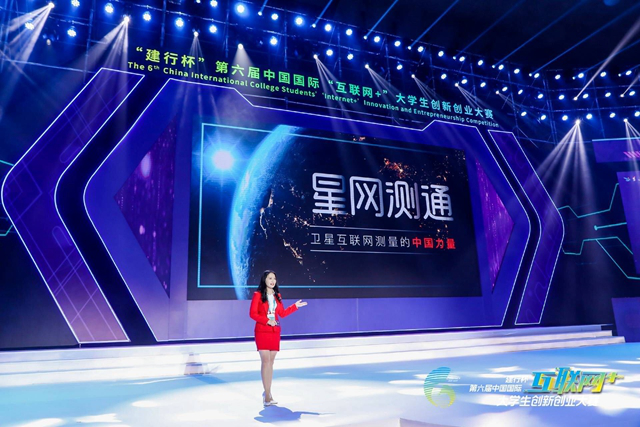 On the afternoon of the 18th, the two projects of Beijing Institute of Technology "Star Network Test and Communication" and "Falcon-Creating a New Era of UAV Prevention and Control in Urban Environment" were shortlisted for the top three competitions. In the championship competition held on the evening of the 18th, Song Zhe, founder of the Star Network Test and Communication team, a doctoral student at Beijing Institute of Technology, and the second prize winner of the National Technology Invention Award, presented to the world the great ambitions of BIT students in the new era. Ideal, to be well versed in craftsmanship actions, innovative and inclusive quality and the feelings of the times, the wonderful road show conquered the judges, which repeatedly aroused strong resonance and applause from the audience and won the championship with 1, 310 points. 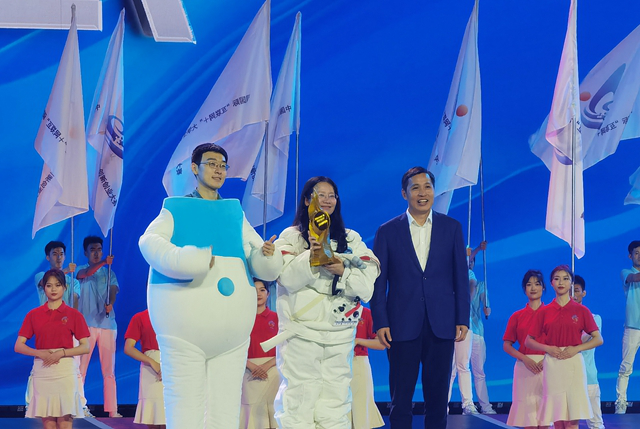 On the evening of the 19th, the 6th China International "Internet +" University Student Innovation and Entrepreneurship Competition Award Ceremony was held at the Guangzhou University Town Center Stadium. Vice Minister of Education Zhong Denghua, presented the championship trophy to Song Zhe, the leader of the Star Network Test and Communication team, and Zhao Qinyuan, a member. At the awards ceremony, representatives of the first five championship projects came to the stage collectively to interact with the new youth makers. Ni Jun, the person in charge of the fourth championship project "Zhongyun Smart Car" and a young teacher of BIT, gave a speech on the theme of "Youth dare to do, life can do great things", to encourage all the youth makers. 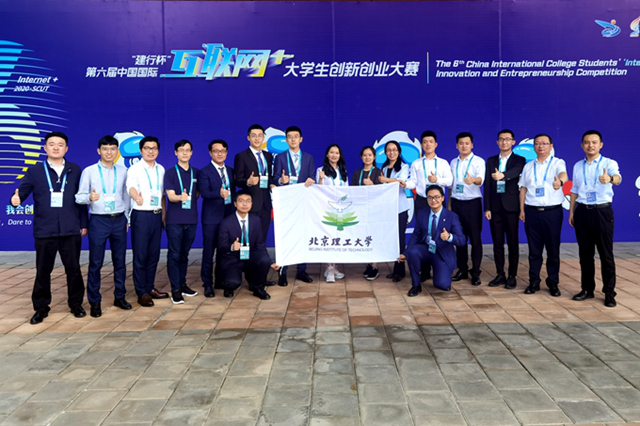 Beijing Institute of Technology always puts college students’ innovation and entrepreneurship education in a prominent and important position, and adheres to the three-in-one talent training model of "value shaping, knowledge development, and practical ability". Innovative and entrepreneurial education is integrated into all aspects of quality education and the entire process of talent training, creating an integrated innovation and entrepreneurship education system of "full chain, multiple coordination, distinctive features, and large platform", and using the red gene of "Yan'an roots and military industry soul" to inspire young students to create and serve the country with enthusiasm, to serve the country's major strategic needs and aim at the forefront of the world's scientific and technological development, and to assume the mission of the times and stand up for the trend of the times. The school's top-notch and innovative talent training has formed a distinctive feature. In order to realize the "two centenary" goals and the Chinese dream of the great rejuvenation of the Chinese nation, the school continuously cultivates leading leaders who dare to venture into the world. The newcomers in the BIT era are good at innovation, entrepreneurial, and diligent in creation. They welcome the 15th Party Congress of the school with outstanding results. They present the 80th anniversary of the establishment of BIT with their fruitful achievements, and dedicate the best youth to the great motherland and people!