At BIT, there is such a team.

They worked hard and built a laboratory in the warehouse.

They have been deeply involved in the field of internal combustion engines for 16 years,

They are the team of Professor Sun Baigang from the School of Mechanical Engineering, Beijing Institute of Technology.

On August 29, the front page headline of Science and Technology Daily reported the struggle story of the team's determination to build a strong country through science and technology.

Let's learn about it.

In order to find out the "temper" of hydrogen

Finding clean alternative energy sources is one of the important paths for the automotive engine industry to achieve energy conservation and emission reduction. Hydrogen is an ideal future energy carrier.

Finding out the "temper" of hydrogen and turning this lively small molecule into a safe fuel for driving internal combustion engines is the work of Professor Sun Baigang's team from the School of Mechanical Engineering of Beijing Institute of Technology for 16 years. 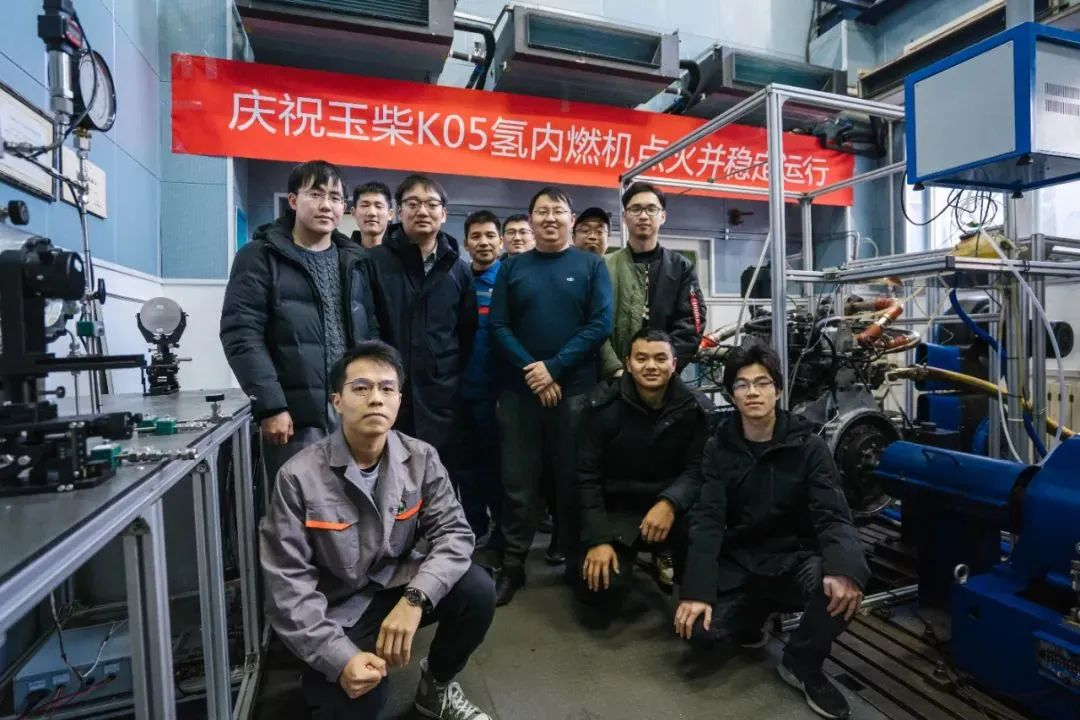 "Hydrogen internal combustion engines are efficient and low-carbon, and can achieve near zero pollutant emissions. But it is not easy to make good use of hydrogen energy!" Sun Baigang sighed in an interview with a reporter from Science and Technology Daily.

Building a laboratory in the warehouse

On the road of hydrogen internal combustion engine research and development, Sun Baigang has a leader - Liu Fushui, a vehicle engine expert and professor of Beijing Institute of Technology who passed away in 2020. 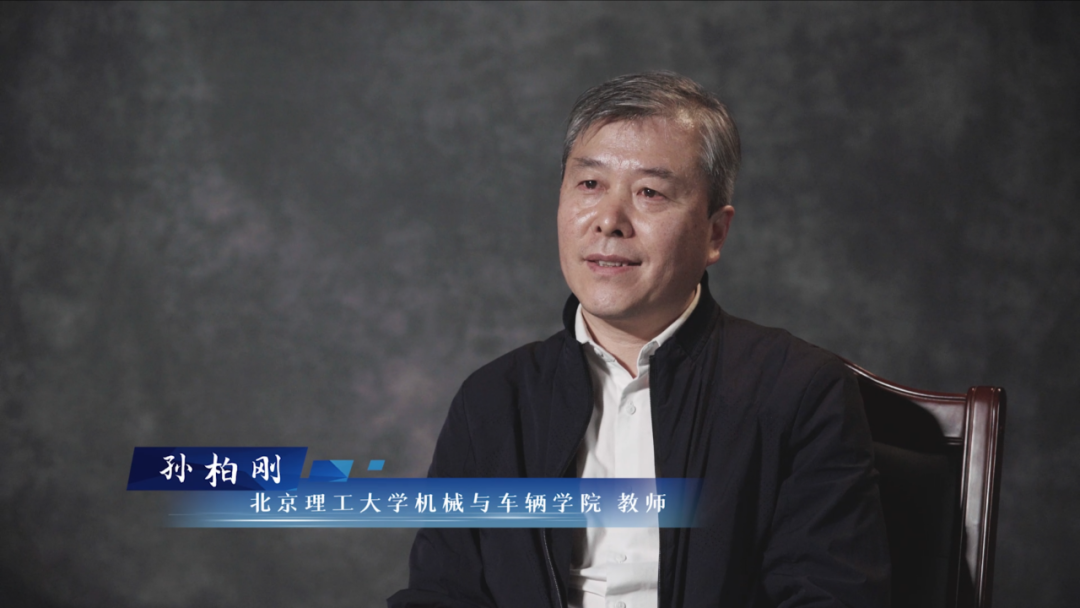 In the initial stage, it can be described as " poor and blank".

"Poor" means that there are no scientific research projects. Without projects, there are no funds. Other research groups allocated a portion of their own disposable funding to do research for Sun Baigang, and the problem of "poverty" was temporarily alleviated.

"Blank" means that there is neither a laboratory nor a team.

The laboratory could not be "deployed". At that time, there was only one storeroom left in the building. By simply tidying up, it became a laboratory.

Without a team, Sun Baigang mobilized new students and "borrowed" people from other research directions of the research group. He also borrowed engineers and test personnel from the companies he cooperated with... In this way, he set up a team that could work.

At that time, they practiced "multi-line operations" and advanced simultaneously. The equipment supplier debugs the bench controller in the conference room; the student sets up a shed outside the laboratory to test the hydrogen nozzle; a borrowed doctoral student in the direction of electronic control adjusts the control system of the engine at his own workstation...

In April 2006, Sun Bai had just received the keys to the warehouse; at the end of July, the laboratory had begun to take shape. "There's nothing left on the roof, so we're going to work in the laboratory." Sun Baigang said, at that time he always felt that there was no time for himself. "Foreign companies like BMW and Ford have been working on hydrogen internal combustion engines for decades, since they want to do it themselves , then you have to catch up quickly!"

In October 2006, the team won a related project from the Ministry of Science and Technology, and received the first serious scientific research funding. The money is not much, but the urgent need is solved, and the research is gradually on the right track.

Designing based on the "temper" of hydrogen

Hydrogen is active and flammable. Its such characteristics bring many new problems to the research and development of internal combustion engines. 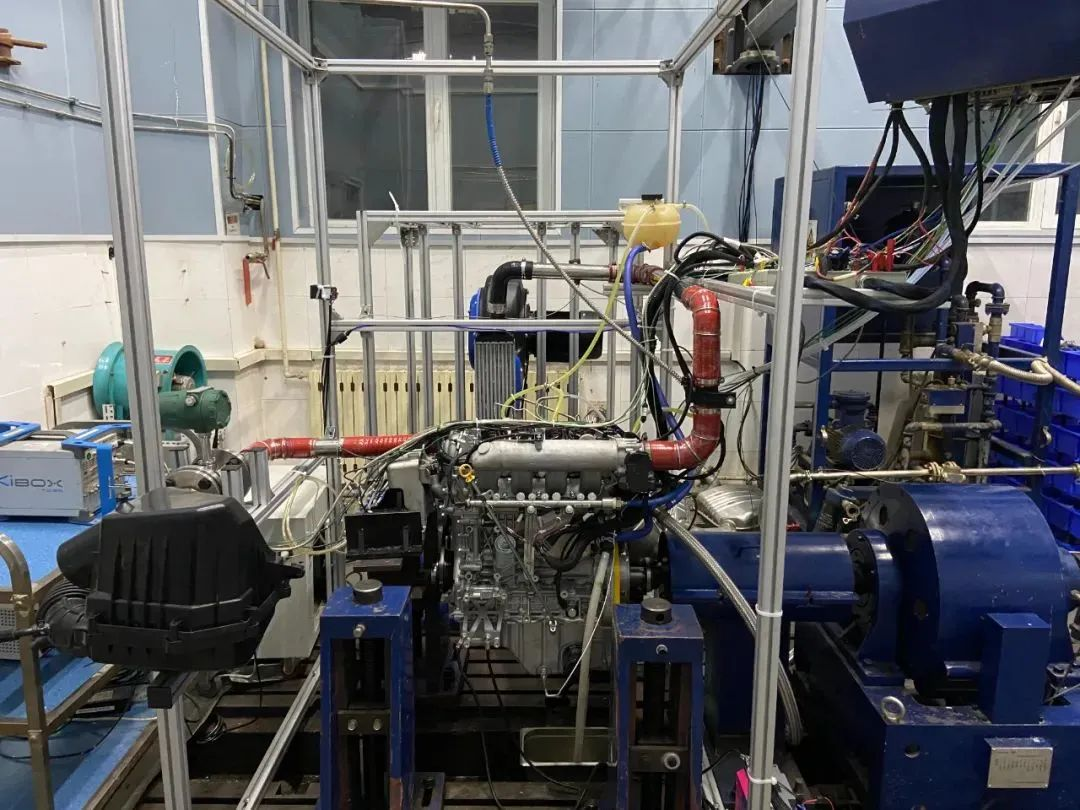 The FAW Hongqi hydrogen engine that the team assisted in debugging

The team led by Sun Baigang established a one-dimensional/three-dimensional simulation model of a hydrogen internal combustion engine including intake ports and cylinders, and conducted a series of tests, and found that the causes of tempering under different working conditions are also different.

"You can only touch and try again and again." Sun Baigang said that when they first started the experiment, they were troubled by an unexplained tempering. "This problem stuck us for two or three months."

After repeated investigation and analysis, everyone found that it turned out to be a small ignition coil "causing trouble".

In traditional gasoline engines for vehicles, in order to reduce costs, car companies generally use one ignition coil for two cylinders and ignite at the same time. Since the cylinders are not in the same operating state, this is an ineffective surplus firing for one of the cylinders. But after switching the fuel to flammable hydrogen, the "invalid ignition" when sharing the ignition coil could also ignite the hydrogen-air mixture.

After finding the cause, the problem was solved - the team replaced each cylinder with an independent ignition system.

"Mainly because I didn't think it would be a coil problem at the time." Sun Baigang said that those "conventions" on traditional internal combustion engines do not work well in the face of hydrogen.

The real hydrogen internal combustion engine must be designed according to the "temper" of hydrogen itself - this is the experience summed up by Sun Baigang's team after dealing with hydrogen for more than ten years.

Helping enterprises to cross the threshold of the first prototype

Since 2017, the team has tried to promote the market application of hydrogen internal combustion engines and provide technical services for enterprises. In 2020, the goals of "carbon peak" and "carbon neutrality" were put forward. Sun Baigang felt that a new upsurge in the development of hydrogen internal combustion engine technology was coming. At present, the team has been in contact with almost all domestic mainstream car companies.

However, from the development of the prototype to the final commercial use, companies still need to make arduous efforts and conduct hundreds of tests. "Companies don't understand the 'temper' of hydrogen, and we have to help them cross the threshold of the first prototype." Sun Baigang said that when cooperating with enterprises, the team has no reservations. For example, they not only deliver computing models to companies, but also actively train car companies on how to use the models. 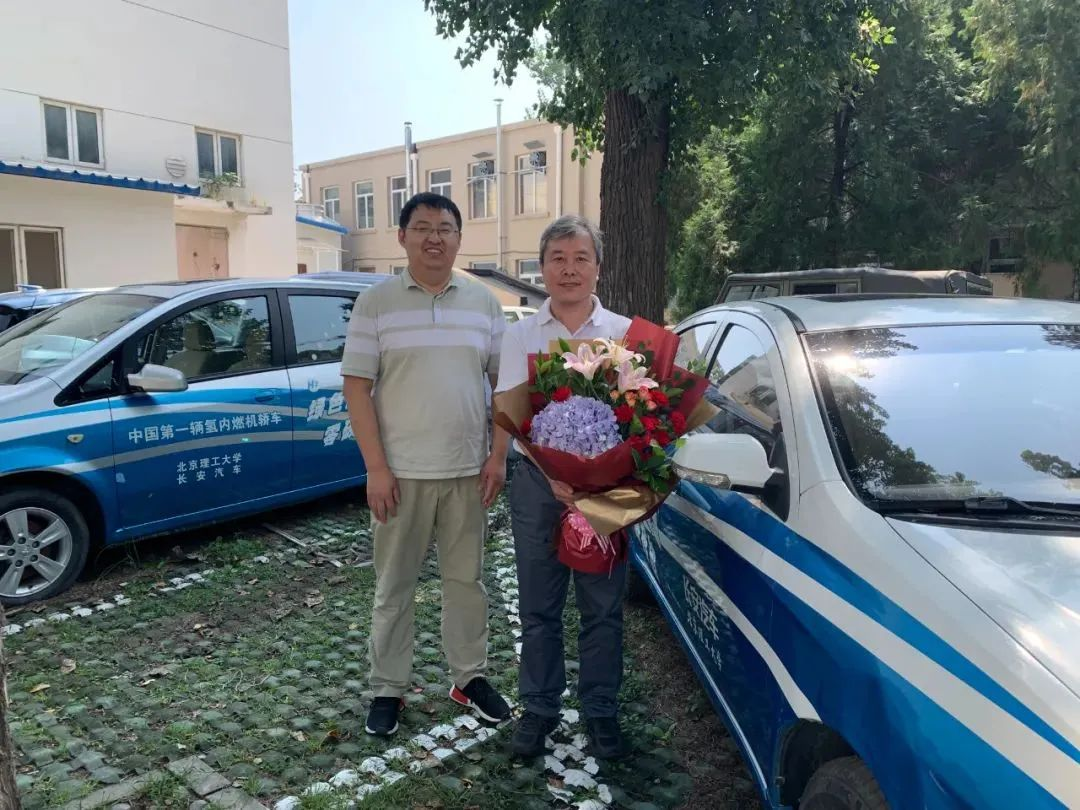 Sun Baigang, who is in his early 50s this year, has completely white hair. He said that after more than ten years of experience, this hydrogen internal combustion engine team that is "especially able to endure hardship" and "especially united" has been able to fight tough battles and gnaw tough bones!

In serving the country's goal of

BIT staff will continue to give full play to

the advantages of scientific research and technology,

and contribute to a powerful country in science and technology!