On January 24, 2022, when presiding over the 36th collective study of the Political Bureau of the CPC Central Committee, Xi Jinping, general secretary of the CPC Central Committee, emphasized that it is necessary to pay close attention to tackling key problems in green and low-carbon technologies, and accelerating the research and development, promotion and application of advanced and applicable technologies. It is necessary to establish and improve the evaluation and trading system of green and low-carbon technologies, and accelerate the transformation of innovation achievements. It is necessary to innovate the talent training model and encourage institutions of higher learning to speed up the construction of related disciplines.

reported on the project achievements of team of the 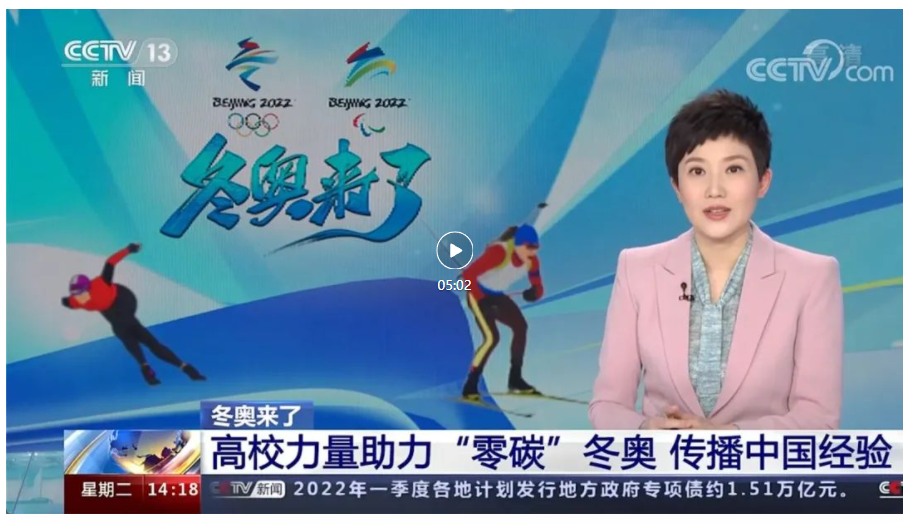 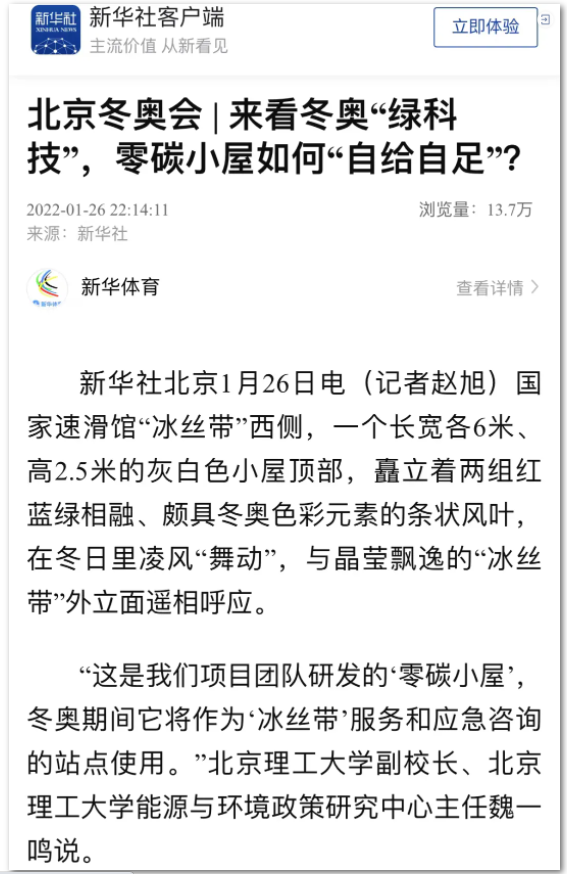 How to achieve "low carbon" in holding such events?

How to answer the question of where the carbon emissions in the Winter Olympics venues come from? how much? what to do?

How to make the carbon emission reduction contribution of the Beijing Winter Olympics evidence-based and quantifiable?

Facing the heavy consideration of realizing the "green" Winter Olympics

The team led by Professor Wei Yiming from BIT

Where do the carbon emissions in the Winter Olympics venues come from?

How much carbon emissions are there?

How to neutralize carbon emissions?

The project team undertook one of the key projects of the National Key Research and Development Program for the Winter Olympics in Science and Technology, 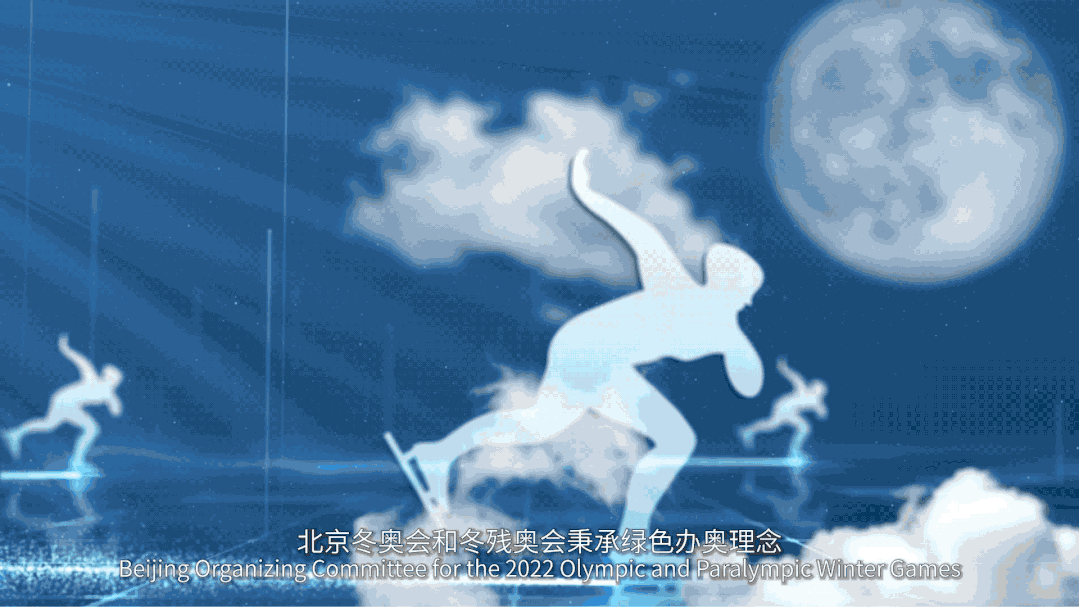 On the afternoon of January 18, under a 7-meter-long big screen

in the National Speed Skating Oval

After three or four hours of work, the big screen is lit 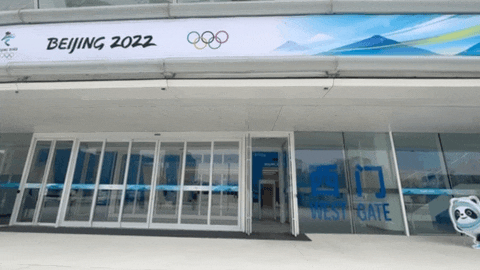 Afterwards, the expert team rushed to the Water Cube to continue debugging.

Real-time monitoring and visualization of a series of data

This is the "measurement"

The project team is also responsible for measuring the 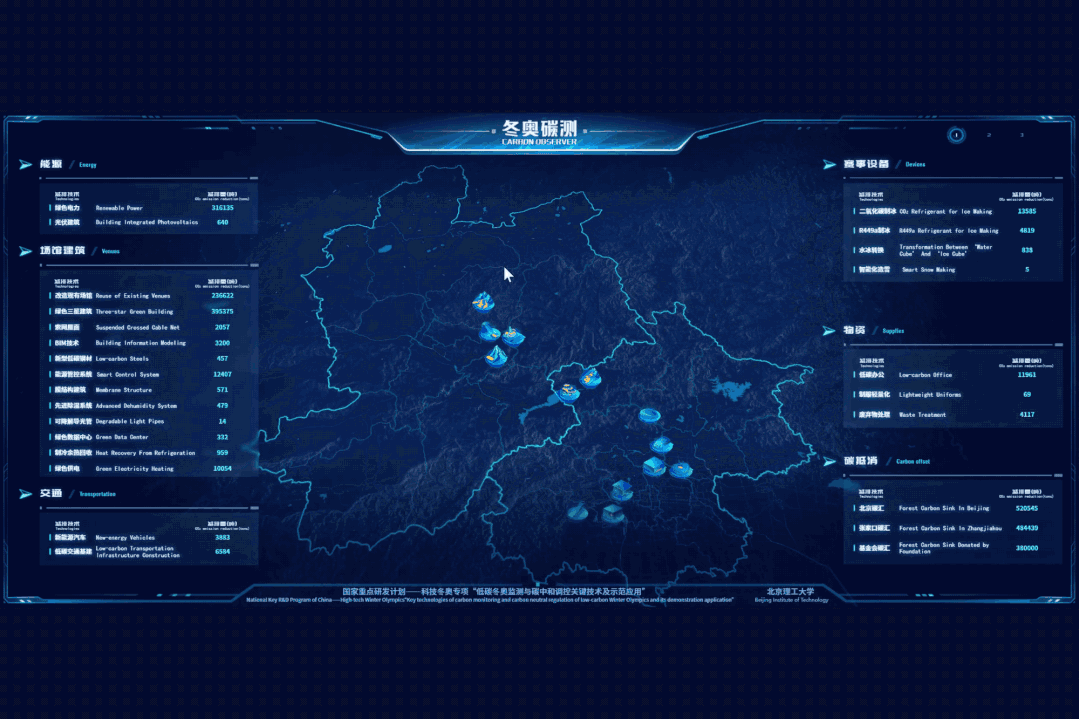 According to the actual calculation of carbon emissions

The scientific research team will give

Remind staff to go to check

This is the original intention of "control" and "plan" 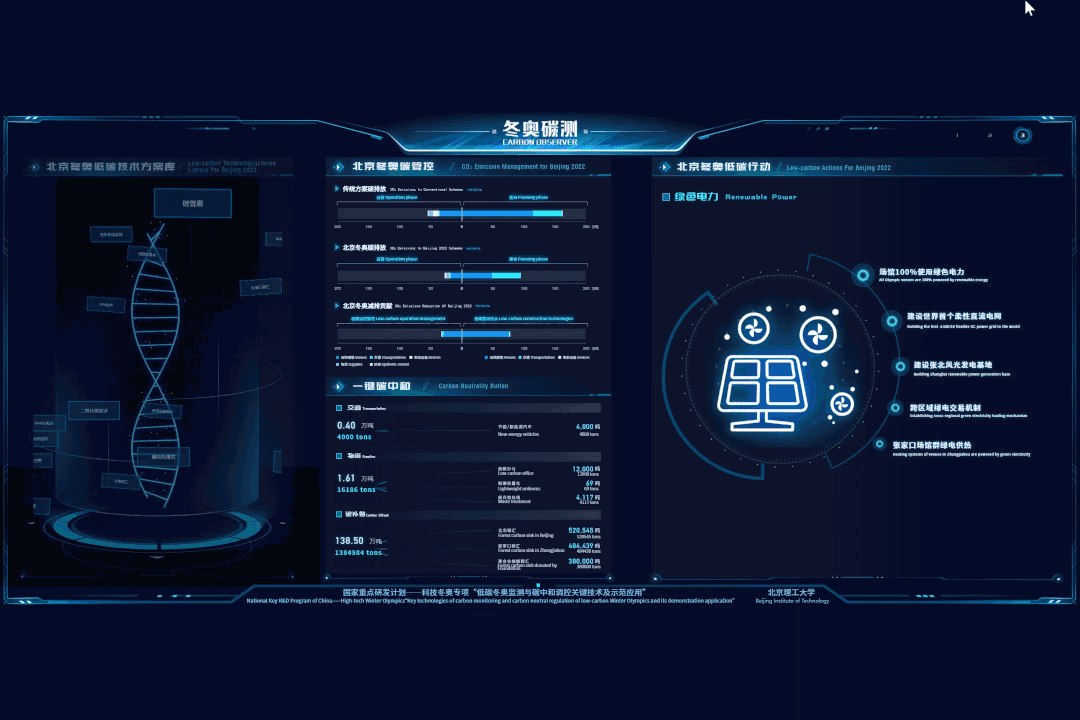 the intelligent low-carbon management of the Beijing Winter Olympics

In order to better implement the concept of green Olympic Games

The "Zero carbon cabin" is environmentally friendly, self-sufficient in electricity

On the west side of the National Speed Skating Oval

The team built a cabin that operates 24 hours a day

without electricity from the power grid,

and can be used anywhere 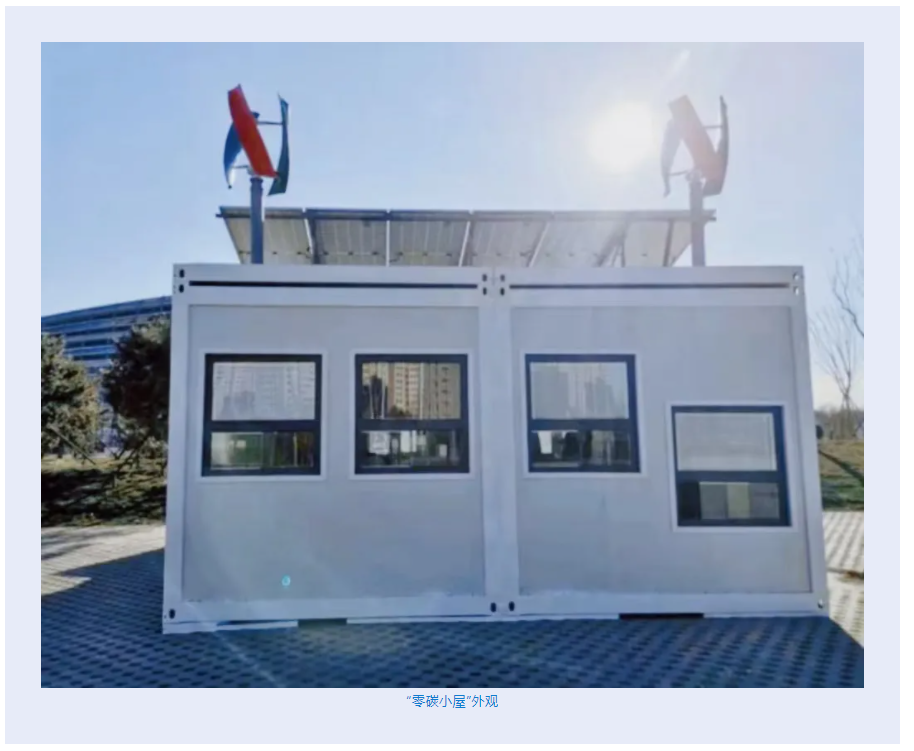 On the top of the gray-white cabin stands

with elements of the Winter Olympics, "dancing" in the wind in winter

Echoing the façade of the crystal and elegant "National Speed Skating Oval", which is the "Zero Carbon Cabin", developed by the BIT team. 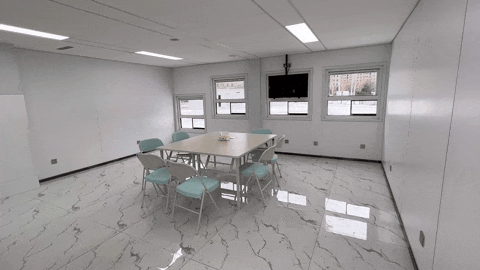 Although the "zero-carbon cabin" is only 36 square meters, it is "complete with internal organs and sufficient food".

The cabin uses the roof fans and solar photovoltaic panels to supply clean energy to meet the electricity needs of indoor air conditioners, office equipment, and large screens on the exterior walls.

It is also equipped with a heat recovery system and an energy storage system to achieve energy self-sufficiency and intelligent regulation. 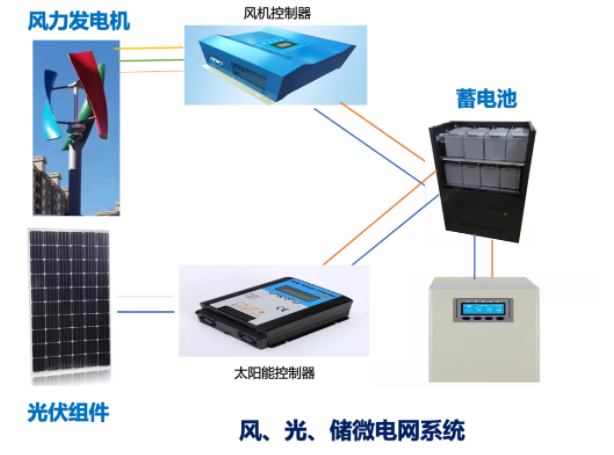 to realize intelligent control of the power system

During the Winter Olympics, no external energy supply is required and no carbon emissions are generated 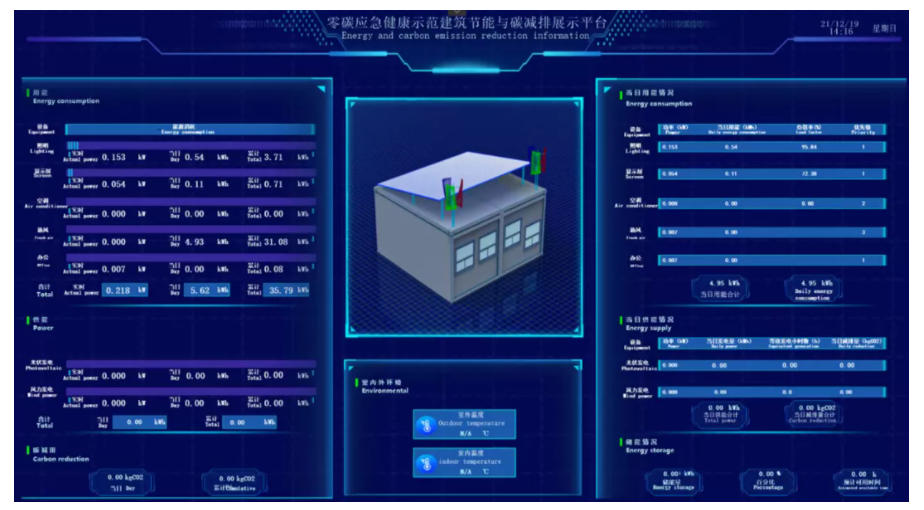 The cabin is self-sufficient with wind turbines and solar photovoltaics

At the same time, the building itself uses

The cabin can be disassembled, moved and recycled

Can the cabin be carried away at any time after the Winter Olympics?

Yes. Because the materials used in the cabin are environmentally friendly and recyclable, and the assembly method is fully dry-connected, the assembly speed is very fast!

The cabin is currently in use

this is the most comfortable temporary building, even warmer, more comfortable, spacious and brighter than many houses with electricity 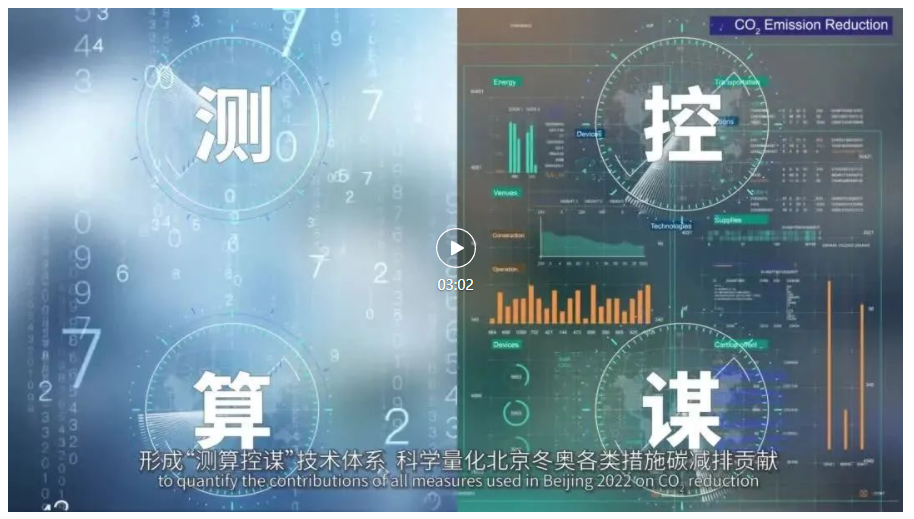 According to the calculation results of the project team on more than 30 low-carbon measures and technologies in all Winter Olympic venues,

At present, the carbon dioxide emission reduction of the Beijing Winter Olympics has approached 1 million tons

Quantifying the effect of the Winter Olympics on the investment industry, energy economy, social life and other aspects is of great significance to the summary of the Olympic heritage 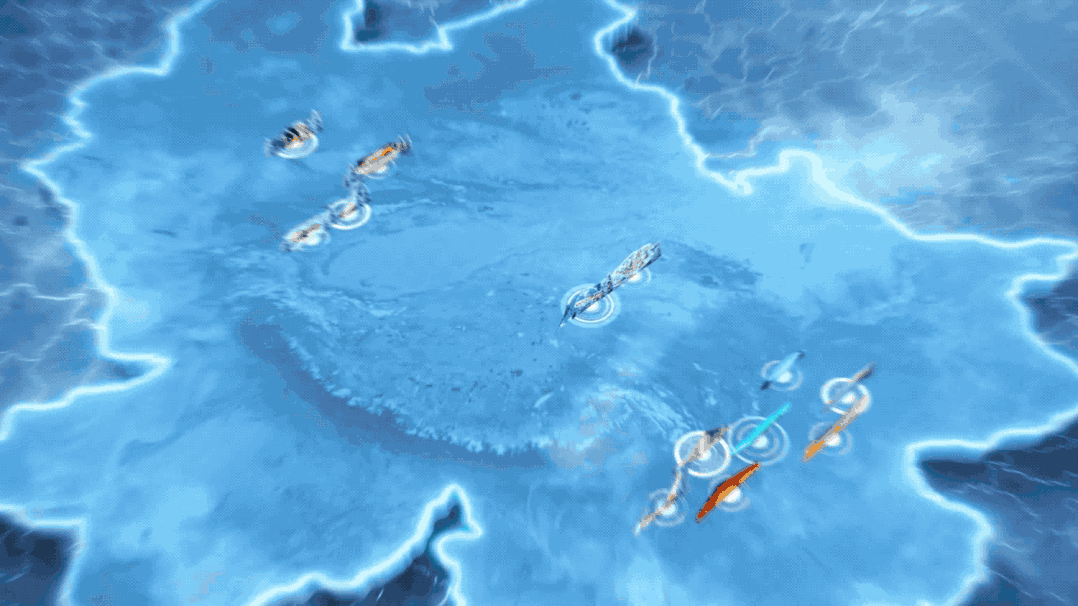 For team members, it is common practice to

hold discussions until one or two in the morning.

After the meeting is over, they go to sleep in the office

and wake up to continue working on key problems. 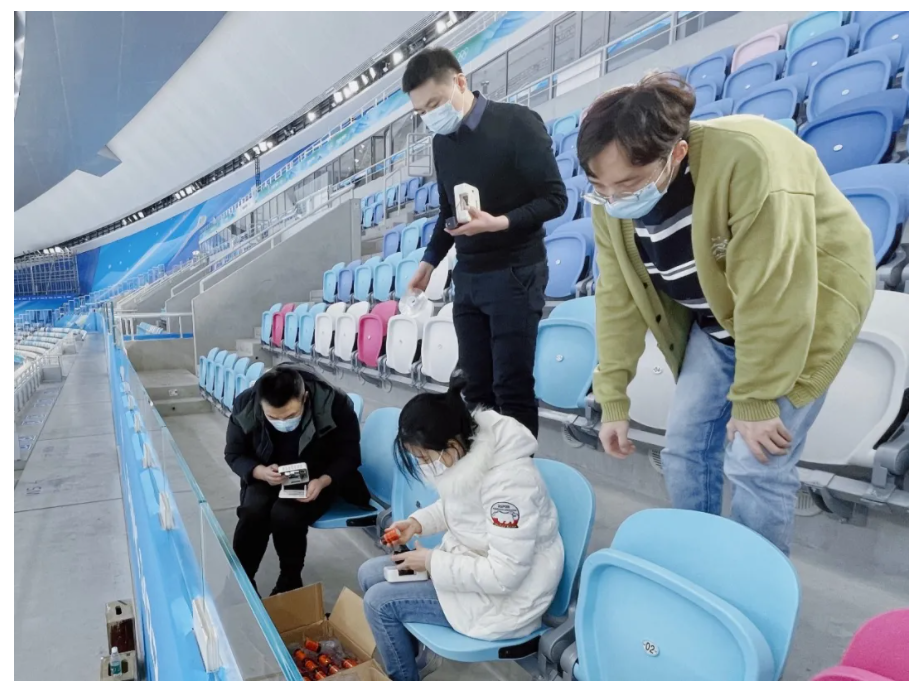 In order to calculate carbon emission reduction and carbon emission data, it is necessary to carefully understand the professional knowledge of various technologies and measures in the process of venue construction and operation.

where to reduce carbon and where to discharge carbon

Today, many scientists in the team have become ice experts

In order to develop the Winter Olympics carbon measurement

platform in a short time,

every member of the team is working overtime 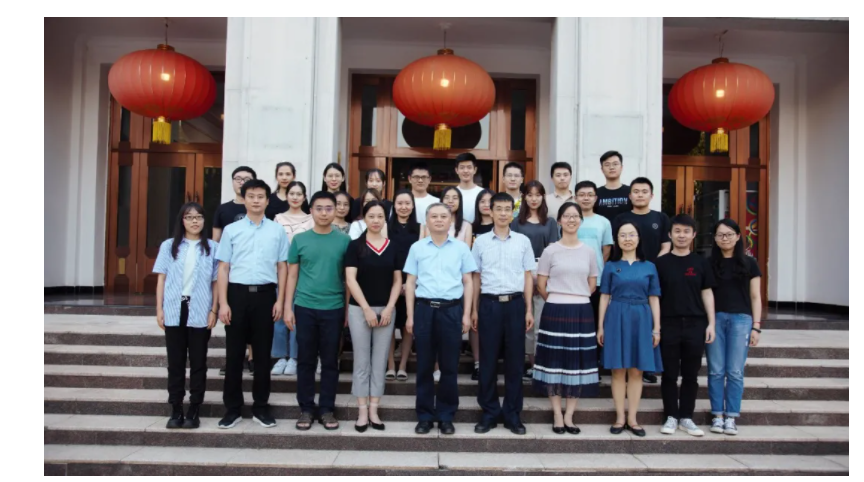 Group photo of the members of Center for Energy & Environmental Policy Research, BIT

In the 1990s, Professor Wei Yiming established a research team for modeling complex systems of resources and environment.

In 2009, Center for Energy & Environmental Policy Research, BIT was founded.

In 2015, it was approved as an innovative research group of the National Natural Science Foundation of China.

In 2016, it was approved as the Beijing Key Laboratory of Energy Economics and Environmental Management 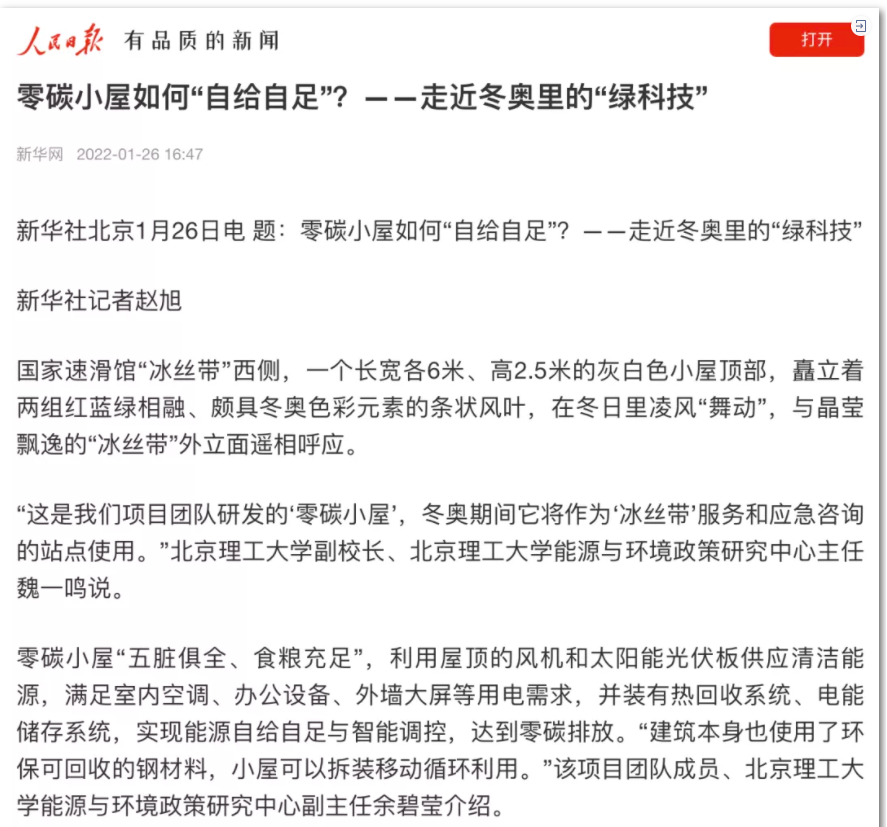 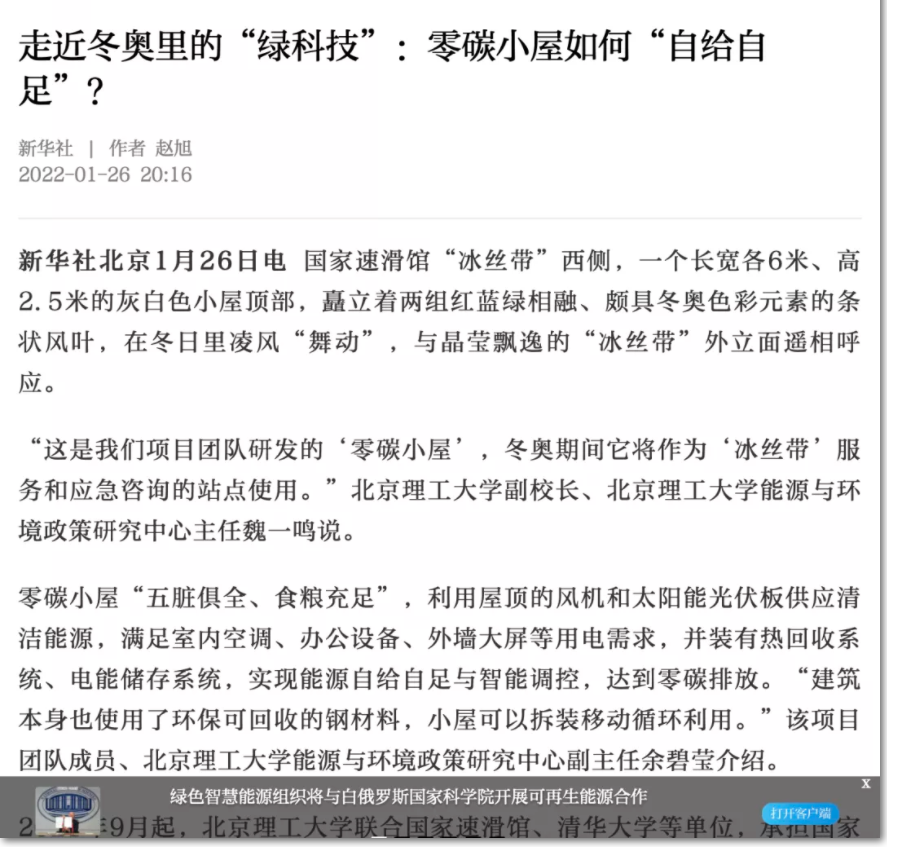 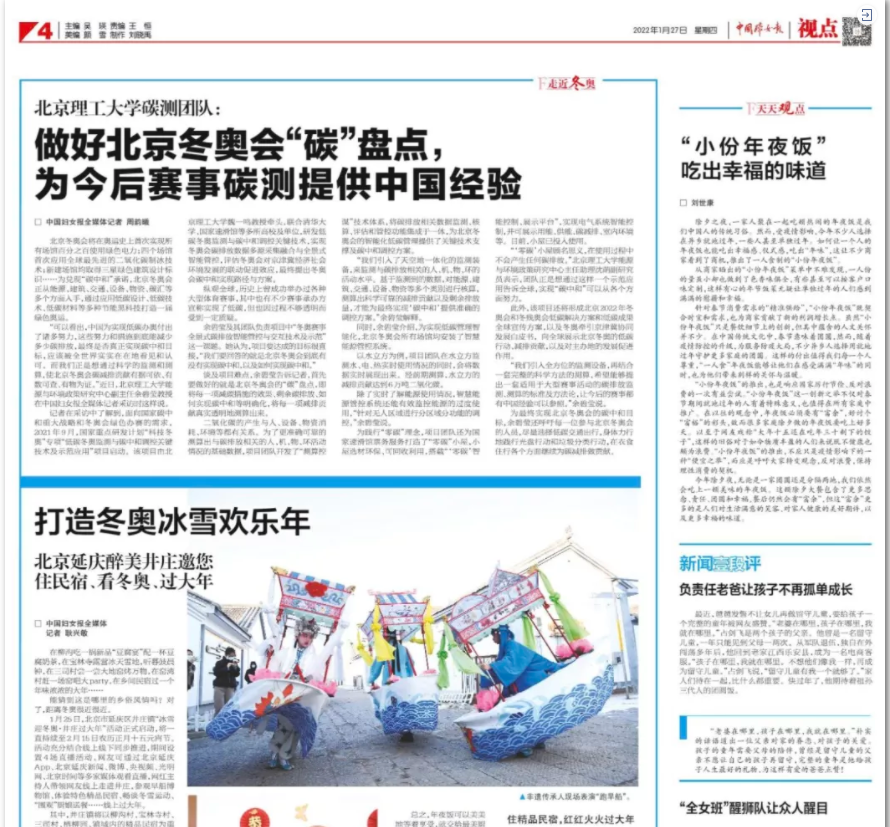 BITers are in action!