The BIT team has made important progress in the research of new magnetic topological quasi semi metals. 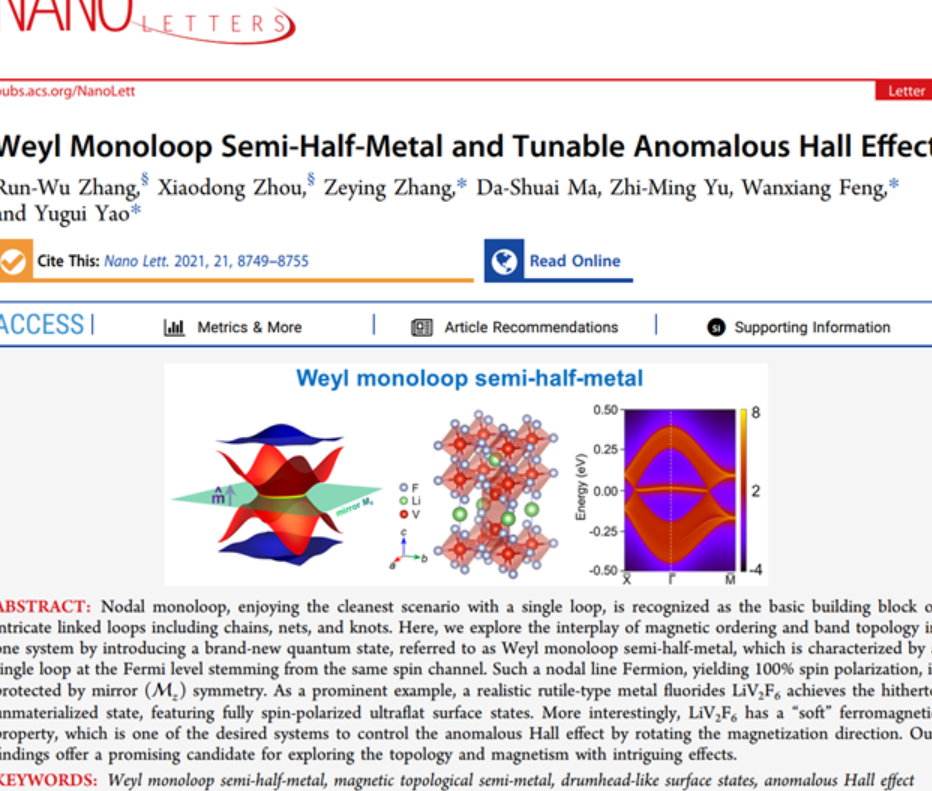 Recently, the research team of Professor Yao Yugui of Beijing Institute of Technology has made further research progress in the research of new magnetic topological quasi semi metals. Based on the effective model analysis and the first principle method, they predicted the simplest form of outer ring single ring in the "soft ferromagnetic" material liv2f6, that is, outer ring single ring quasi semimetal. Relevant research results were recently published in nano letters 21, 8749-8755 (2021).

At present, most of the energy band nodes or nodal lines of the discovered or predicted topological quasi metals are far away from the Fermi level, resulting in the strange properties that should be difficult to observe in experiments. Therefore, it is still an urgent problem to search for the ideal magnetic topological quasi metals whose energy band nodes or nodal lines are just at the Fermi level. On the other hand, magnetic half metals with spin polarizability of 100% are widely used in the field of spintronics. Combining the respective advantages of quasi metals and semi metals, it is found that the magnetic topological semi half metal with 100% spin polarization whose energy band crossing is just at the Fermi level has become the key to solve the problem. The interaction between topological order and magnetic order can produce novel physical effects (such as quantum anomalous Hall effect and anomalous Nernst effect), which will have great application value in the field of information technology in the future. Therefore, exploring high-performance magnetic topological quasi Semimetals and their physical properties has become the focus of attention in the field of condensed matter.

Professor Yao and his team first classified the nodal states of ferromagnetic systems: one is the nodal states formed by opposite spin channels, and the other is the nodal states formed by the same spin channels (Fig. 1). Strictly speaking, the former is ferromagnetic metal and the latter is ferromagnetic semi metal. It is worth noting that if the latter forms a nodal state at the Fermi level, it is called quasi semimetal. The nodal fermion has 100% spin polarizability, which is expected to have a very important application prospect in the field of spintronics. As shown in Fig. 2, based on the effective model analysis and the first principle method, they predicted that the "soft ferromagnetic" material liv2f6 has ultra clean energy band dispersion, the simplest nodal form and ultra flat tympanic membrane surface state, which is likely to provide an ideal research platform for correlated spin physics. On the one hand, through the calculation of magnetocrystalline anisotropy, it is proved that the energy of ferromagnetic material liv2f6 along the [001] direction is the lowest; On the other hand, considering that the topological nodal single ring is protected by mirror (MZ) symmetry. These two cases exist at the same time. Even when considering the spin orbit coupling, the nodal single ring still exists, which is the real outer nodal single ring quasi semimetal. Due to the low magnetic anisotropy of "soft ferromagnetic" liv2f6, the orientation of magnetic moment can be easily changed by external field, and the anomalous Hall effect of in-plane magnetization can be realized. This work will lay a theoretical foundation for further experimental confirmation and application, and provide potential possibilities for realizing high-efficiency, low-power and high integration miniaturized new topological spintronic devices and topological quantum devices. 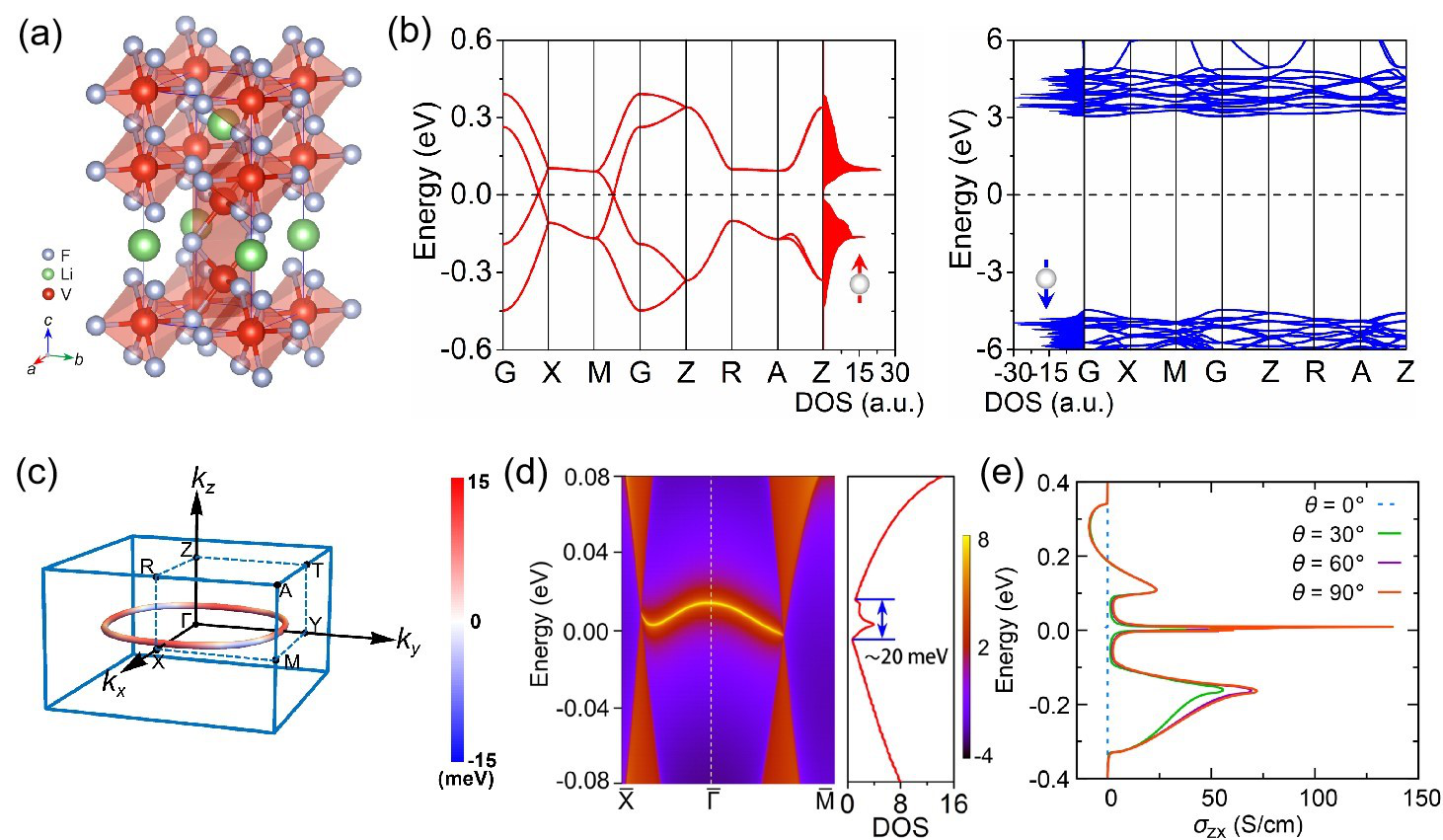