"Party B who satisfied 1.4 billion Party A"! Zhang Yimou unveiling the secret: This is a world miracle

The celebration activities successfully held in Tiananmen Square set many records and dedicated a powerful audio-visual feast to audiences around the world. So what are the black technologies in this event? What are the world's most created? Let's take a look at the secrets of Zhang Yimou's team!

Director Zhang Yimou: This is a miracle of the world

The huge pictures in the gala amazed audiences from all over the world. How to make such a huge picture move? 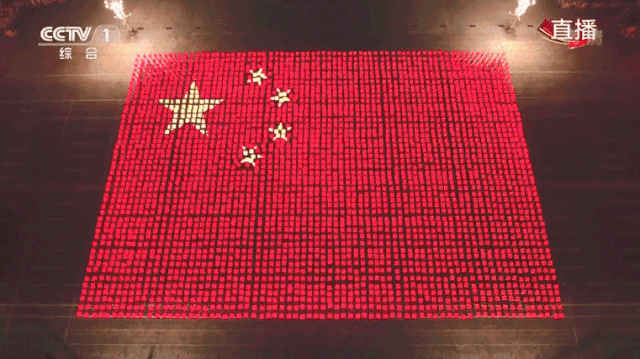 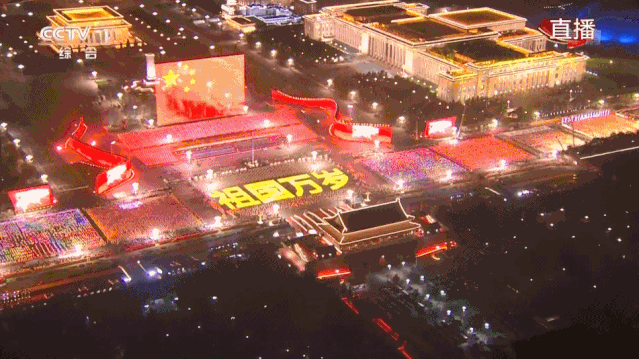 When evaluating this program, Zhang Yimou used words like "precise and perfect" and "astronomical numbers" to describe it. He said that the actors have completed the miracle of the world, which would have been impossible.

According to Sha Xiaolan, the general director of luminal art at the gala event, one of the highlights of the whole performance is that 3290 extras each hold a light and shadow screen, which together constitute the "majestic Great Wall", "floating kite", "peace dove with wings spread", and " Floating Five-Star Red Flag " and other huge animations with breathtaking themes. This is a digital performance and simulation high-tech achievement developed by the Beijing Institute of Technology team for many years.

"For example, the main creative team proposed the creative picture of the 'peace pigeon'. The BIT team first simulated the picture with a computer and placed it in a two-dimensional scene, disassembled and refined into 3290 modules (each module represents a light and shadow screen). According to the trajectory of the peace dove soaring, the key frames and time points of each module are determined, and training manuals including formation changes and performance passwords are formulated for 3290 actors. The actors only need to hold the light and shadow screen to move correctly, without facing the screen to do any operation.” Sha Xiaolan introduced that wireless receivers, content storage devices and players are tied to the bottom of each light and shadow screen. The images in the memory are presented through wireless excitation. Finally, 3290 light and shadow screens together form a glittering huge light and shadow patterns.

How difficult is it to make special effects fireworks for "Double Line 70" + "Long Live the People"?

Zhang Yimou said: "To tribute to the people, we have specially produced the highly difficult special effects fireworks for the first time-'Long live the people', which blooms three times in succession, accompanied by hand-held fireworks, music fireworks and various new fireworks, which makes the sky and the earth reflect each other, displaying a joyful, peaceful and prosperous scene."

On the evening of October 1st, an event to celebrate the 70th anniversary of the founding of the People's Republic of China was held in Tiananmen Square in Beijing. 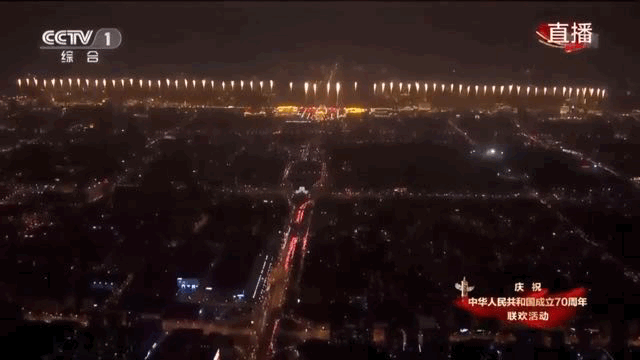 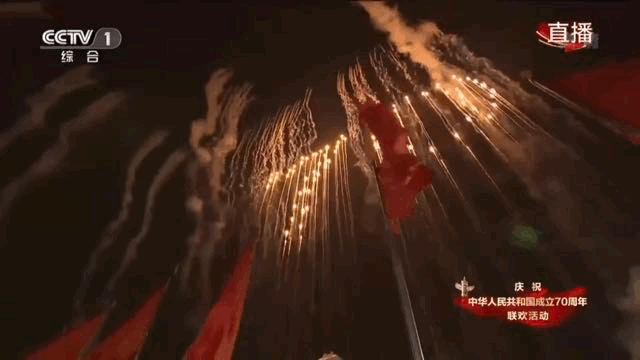 Attentive audiences found that the digital special effects fireworks "70" representing the 70th anniversary of the founding of the People's Republic of China at the gala has become a "double line", which shows a more three-dimensional effect than the single line outlined in the past. 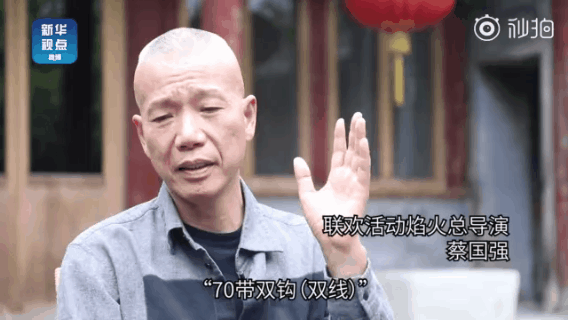 According to Cai Guoqiang, the chief director of the fireworks of the gala event, the design and production of the fireworks on this event adopts different high technologies. The "70" takes off in a two-line shape when it blooms in the sky. The artistic digital shape outlined by the two-line fireworks is more powerful than the single-line fireworks. Hit 300 meters in the air, which is pioneering.

"Why is it so difficult to make dual-line digital special effects fireworks? Because the fireworks projectiles are rotating when launched into the air, it is extremely difficult to orientate them." Cai Guoqiang explained.

Why are the seven fireworks trees able to be changeable?

Peony blossoms, butterflies flying, peacocks on the screen... At this gala event, the seven splendid and colorful firework trees were another highlight. 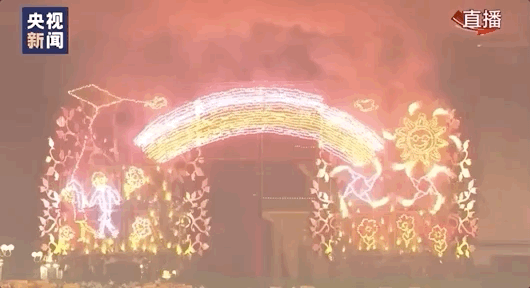 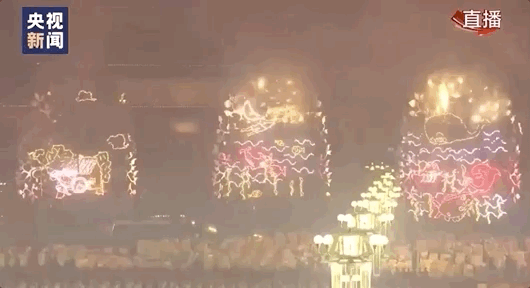 Cai Guoqiang showed that the three-dimensional dynamic special effects firework tree marks a technological breakthrough in the fireworks display. "The seven 25-meter-high, variable, and polyhedral fireworks trees symbolize the lush and thriving achievements of the People's Republic of China in the 70 years since the founding of the People's Republic of China, and also embody the concept of ecological and environmental protection." 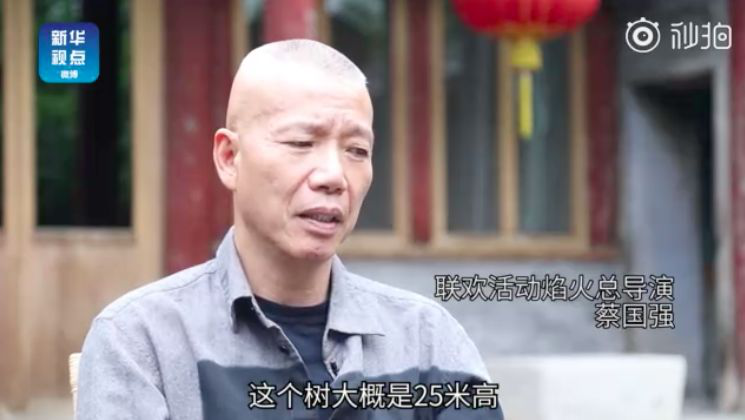 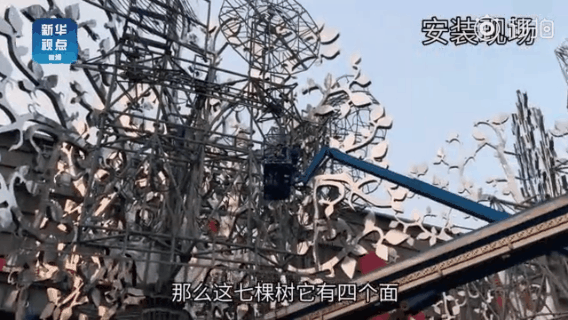 Cai Guoqiang said that each tree has four leaves, which can rotate 360 degrees centering on the trunk, and each leaf is equipped with different types of special effects fireworks. The seven trees form a scene of fireworks by rotating and combining, sometimes equipped with LED lights to display the seasonal changes of spring, summer, autumn and winter, sometimes form the shape of a peacock, and sometimes show various animation effects of "peony opening and closing", "kite swaying", and "smiling face blooming", which highly strengthened the three-dimensional sense of the fireworks display.

"The fireworks show has six waves, focusing on environmental protection and effects." Cai Guoqiang introduced that special effects fireworks are mainly produced in Hunan, Jiangxi, Hebei and other places. The fireworks have no heavy metal substances and low sulfur, and they are all high-tech environmentally friendly fireworks products.