From the laboratory to the operation room, making minimally invasive surgery "Clear and Bright"

developed and transformed by the team of Professor Yang Jian

from the School of Optics and Photonics of BIT has obtained

Which marks that the product has officially entered the large-scale clinical application and commercialization stage,

serving the lives and health of the people 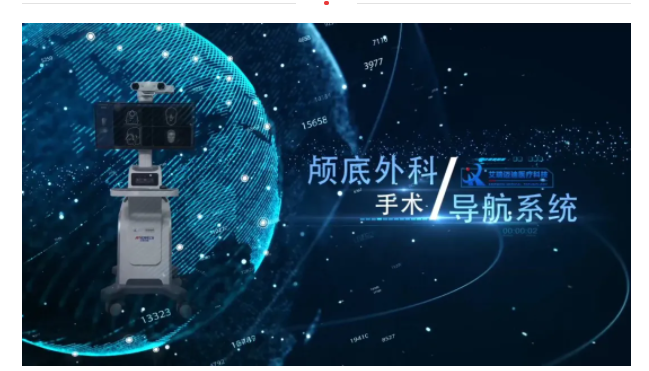 Cancer is an important killer that threatens human life and health in the 21st century. With the continuous improvement of medical technology and level, minimally invasive surgery has become one of the important methods of clinical treatment due to its characteristics of small wounds, less pain, and quick recovery. However, during the operation, doctors often experience "invisible, inaccurate, and incomplete" situations.

At present, minimally invasive surgery is a common treatment method. Doctors usually perform minimally invasive surgery on patients under the guidance of real-time images such as endoscopy, X-ray, and ultrasound. However, these commonly used medical imaging inspection methods have some shortcomings. For example, the endoscope is surface imaging, and the doctor can only see the surface structure information through the endoscope; Ultrasound imaging can only see the cross-sectional image of the tissue, and cannot present structured information; X-ray is a perspective projection imaging, which causes the image information to be superimposed. They can all be imaged in real time, but the biggest shortcoming is that they cannot show the three-dimensional structure of the internal tissues of the human body.

"It is impossible to obtain three-dimensional information. In clinical operations, doctors need to judge the internal tissue structure of the human body through their own experience, such as the three-dimensional structure of subcutaneous blood vessels, and the embedding relationship between tumors and blood vessels, which causes very subjective judgments. " explained Yang Jian. In these years, focusing on the "three-dimensional" bottleneck in minimally invasive surgery imaging guidance, BIT has carried out a lot of research and exploration.

Skull base surgery is recognized as one of the most difficult minimally invasive surgery. Due to the complex brain structure, the risk of surgery is high. How to enable doctors to see the intracranial tissue structure in real time and accurately perform surgery has become an urgent problem to be solved. "What we have to do is not only let the doctor see the surface tissue, but also see the position of the subcutaneous blood vessels, optic nerve and other tissues, and accurately show the relative position relationship with the tumor."

"From research initiation to equipment finalization, to medical device registration and approval, we have gone through 5 years. This year we finally obtained the Registration Certificate for Medical Device (National Class III), which is also a milestone breakthrough in the team's research."

The endoscopic guided skull base tumor surgery navigation system developed by Yang Jian's team realizes the accurate positioning of surgical tools under the endoscopic image by using advanced augmented reality technology, so that doctors can see the subcutaneous tissue structure and effectively expand the vision of operation. After this achievement was approved for the Registration Certificate for Medical Device (National Class III), it has officially entered the operation room from the laboratory.

While the skull base surgery navigation system is steadily advancing, the team further expanded its scientific research and carried out system R&D for the treatment of liver tumors. Microwave ablation therapy is currently one of the most effective methods for the treatment of liver cancer. Guided by ultrasound images, the puncture needle must be pierced into the center of the tumor, and the tumor cells will be killed by the action of the heat field. However, where is the best puncture path? How to make the heat field fully cover the tumor? ...In the actual treatment, the doctor's subjective experience has become the key to the constant breathing movement and the soft liver tissue.

“The challenge of overcoming the intraoperative precise positioning of flexible tissues is never small. After in-depth research, we finally solved the problems of precise positioning and puncture under the interference of respiratory motion, real-time fusion of multi-modal images, etc., greatly improving the accuracy of microwave ablation of liver and kidney tumors. " In cooperation with the PLA General Hospital, Yang Jian's team has developed an ultrasound-guided percutaneous navigation and positioning robot system that has been finalized and they carried out a large number of tests. It is currently undergoing registration testing and will be put into clinical trials in the future

It is worth mentioning that these advanced technologies from the BIT laboratory to the operation room have truly achieved "medical-industrial integration". Scientists from Beijing Institute of Technology work closely with first-line doctors in well-known hospitals such as the PLA General Hospital, Tongren Hospital, and Tiantan Hospital to make research results targeted at the needs of clinical treatment, which has been widely recognized and highly praised.

Augmented reality technology is the fusion of "virtual" and "real" multi-source information, and the use of augmented reality fusion technology is the key of Yang Jian’s team to overcoming the "three-dimensional bottleneck" of minimally invasive surgical imaging guidance. "The traditional surgical guidance method is single-modal image guidance. Combined with augmented reality technology, we have realized multimodal image guidance to help doctors effectively superimpose internal structure information in the field of vision while seeing the guidance image, so as to effectively solve the problem of pain points that doctors can't see clearly, completely and visibly. " After years of intensive cultivation, as an important force in the Beijing Engineering Research Center for Mixed Reality and Advanced Display Technology led by Professor Wang Yongtian, Yang Jian led the team to promote the research of mixed reality medical technology to become an important subject of BIT.

For minimally invasive surgery, while clearly seeing the tissue structure around the lesion, it is also necessary to scientifically plan the surgical path and quantitatively evaluate the surgical effect after the operation. Therefore, the "smart brain" has also become an urgent need for the development of modern surgical technology.

"We have conducted innovative research on the implementation path, spatial positioning, safety warning and other aspects of surgery through artificial intelligence technology. After a large number of intelligent calculations, we have constructed a complete model and method to achieve the scientific planning of the surgical path and the quantitative evaluation of the surgical effect."

Yang Jian’s team cooperated with the hospital, collected a large amount of clinical data, and developed a virtual generation model of the surgical path. The constructed surgical navigation and positioning system includes functions such as surgical planning, fusion display, positioning guidance, and dose-effect evaluation, and has a high level of intelligence. "Developing individualized surgical planning through intelligent analysis of a large number of clinical cases can improve the effect and quality of the operation, and reduce the risk of surgery."

Thanks to the "smart brain", the Yang Jian team used deep learning technology to perform high-precision registration and fusion of preoperative three-dimensional images with intraoperative two-dimensional real-time images, solving the difficulty of efficient fusion of preoperative and intraoperative images. The intelligent fusion of virtual and actual realizes the expansion of the surgical field of vision, while clearly presenting the fusion effect of 3D and 2D images, which meets the clinical needs of doctors for surgical fluoroscopy.

"We have formulated a clinical solution based on artificial intelligence technology, and invented the hybrid tracking technology of ‘optical + electromagnetic + image' multi-source sensor intelligent fusion, which improves the accuracy and robustness of real-time positioning in the space of images, patients, and equipment.”. The intelligent surgical navigation and positioning system effectively enhances the doctor's multi-level perception of the surgical environment and the human-machine collaboration ability of the surgical operation. The surgical positioning accuracy can reach 1.25 mm, which also gets rid of the dependence on the doctor's clinical experience in the operation process to a certain extent.

The evaluation of the effect of tumor border elimination is the key to determining the success of minimally invasive tumor surgery, and it is also related to controlling and reducing the recurrence rate after surgery. In response to the key question of "How good is the minimally invasive surgery?", the Yang Jian team used intelligent structural analysis of preoperative and postoperative images of a large number of patients to realize the elastic matching of organs and tumor morphology before and after surgery and intelligent quantitative assessment throughout the process. This intelligent evaluation system can effectively assist doctors in quickly judging the success rate of surgery.

"Made in China" Taking the Initiative in the Industry

With the continuous improvement of the people's health needs and expectations of medical standards, and the continuous maturity of minimally invasive surgery technology, surgical navigation will become one of the most important links in modern medical technology and has important practical application value.

"In order to purchase core components, our average procurement cycle often takes several months." After years of research and development, although breakthroughs have been made in the research of minimally invasive surgery navigation and positioning systems, the teachers and students of BIT, who have always thought about the "big things in the country", did not feel the slightest relief. Facing the foreign technology monopoly, Yang Jian deeply realizes that key core technologies cannot be obtained, bought, or negotiated. Only by mastering the key core technologies in one’s own hands can he fundamentally solve the problem of restricting system research and development.

For many navigation systems such as endoscopic skull base surgery navigation systems, the most critical core component is the "eye", which has also become a breakthrough for Yang Jian and teachers and students in his team. After years of hard work, BIT has made significant progress in the core components of optical positioning and electromagnetic positioning. It has developed optical and magnetic positioning systems with completely independent intellectual property rights, and realized small batch trial production. The products are expected to be mass-produced next year.

In Yang Jian's view, the development of domestic core components solves the key core problems in the field on the one hand, and more importantly, greatly reduces the cost, which means that the cost of patients' medical treatment is reduced.

Over the past two decades, Yang Jian has led the team to serve the country and the people as its own pursuit. He has been deeply involved in the field of precision diagnosis and treatment, and has made outstanding achievements in surgical navigation, image-guided treatment, and core components of navigation robots. In August 2018, the “Key Technologies and Applications of Multimodal Image-guided Surgical Navigation” project of Beijing Institute of Technology won the only first prize of the Science and Technology Award of the Chinese Society of Image and Graphics. In 2020, Professor Yang Jian was approved by the National Science Fund for Distinguished Young Scholars.

Behind the fruits are the people of BIT

Facing to the future