On the morning of February 18,

at the Beijing Winter Olympics came to an end at the Genting Ski Park. 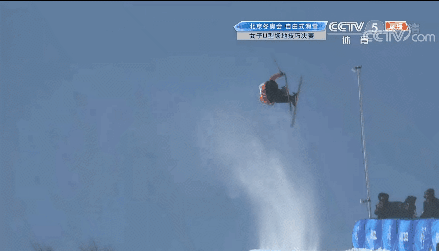 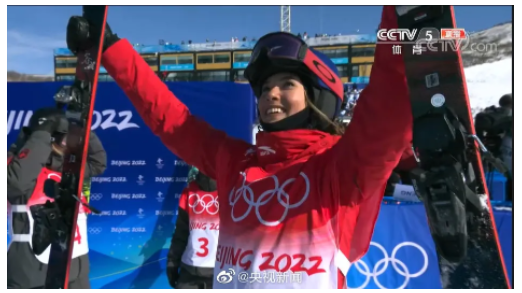 Eileen Gu, born on September 3, 2003, is a Chinese freestyle skier. The 2022 Beijing Winter Olympics is her first Olympic trip. Previously, she has won the gold medal in the women's freestyle big air and the silver medal in the women's freestyle skiing slope obstacle skills at the Winter Olympics. Freestyle skiing U-shaped field skills are Eileen Gu 's advantage. In the four rounds of the 2021-2022 U-shaped field World Cup, Eileen Gu won all the championships and won championship crystal ball of the season. 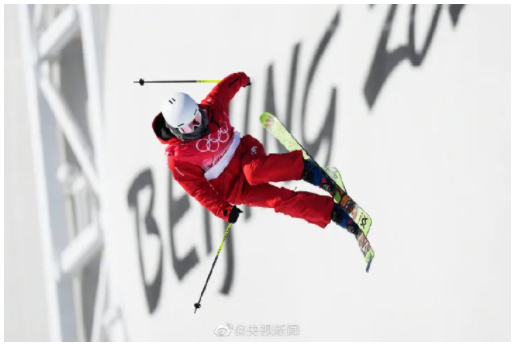 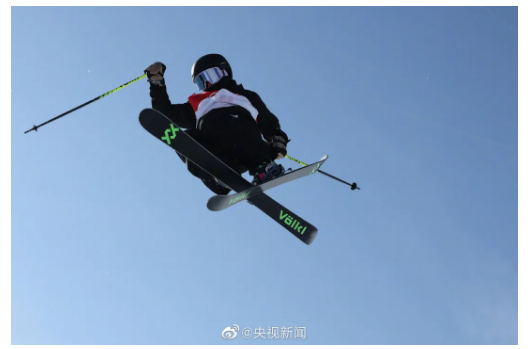 The freestyle skiing U-shaped field skills event was an official competition event at the Sochi Winter Olympics in 2014. It is a sport that is both aesthetically pleasing and dangerous, and is generally considered more dangerous than other sports, so athletes are required to wear protective gear during competitions or normal training. The event is played in a groove shaped like a U, called Halfpipe in English, and the structure consists of a wide flat bottom and concave slopes (or quarter round pipes) on both sides. The wide bottom is there to allow the athlete to regain balance and prepare for the next move. In a round of competition, athletes generally need to do 5 to 6 movements in the U-shaped pool, and the score is determined according to the flying height and rotation angle of the movements, as well as the fluency and aesthetics of the movements. 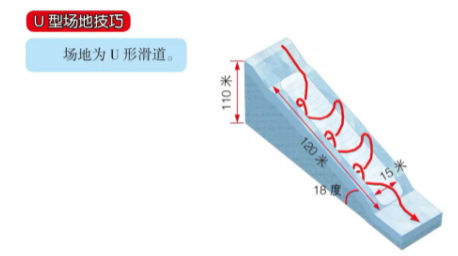 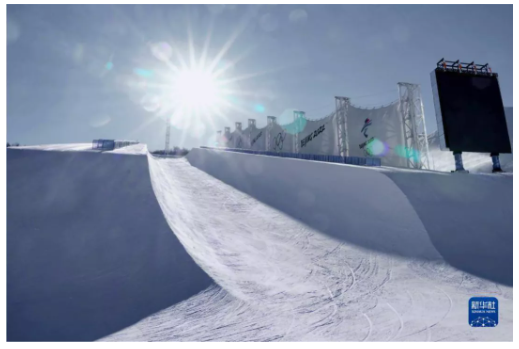 In the U-shaped field snow skills event, the referee's scoring

is based on the accurate judgment of the players' movements

However, on the nearly 220-meter-long track,

It is very important to clearly record 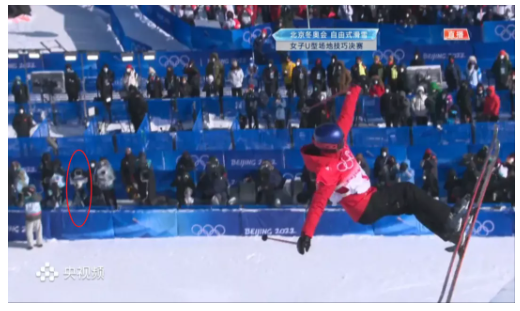 In the Genting Ski Park of the Winter Olympics,

there are such a set of "hawk eyes" integrated with the wisdom of BIT stationed in the ski field to clearly capture the "every move" of athletes.

In the Beijing 2022 Winter Olympics, the alpine skiing automatic tracking and shooting system developed by the team led by Professor Dong Liquan, Associate Professor Liu Ming, and Teacher Chu Xuhong from the School of Optics and Phonics of Beijing Institute of Technology not only provides technical services for the broadcast of alpine skiing competitions and the daily training of the national team ski jumping, but also participates in the video shooting task for the action judgment of the U-shaped groove skiing ski event. The "Snow Field Hawk Eye" system from BIT will take close-up tracking shots of the skating process of the athletes in the U-shaped groove, and transmit it to the referee room 100 meters away in real time for 6 international referees to watch and score. 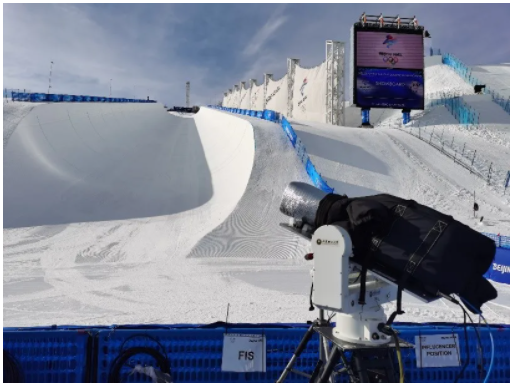 "Alpine skiing has a large drop, many turns, and sometimes close to right-angle turns, and the speed of athletes can reach up to 130 to 140 km/h. It is not easy to capture wonderful moments with a camera. This poses high demands on the real-time performance of the system, and our equipment, recognition and tracking are calculated in milliseconds. " said Dong Liquan, the team leader. 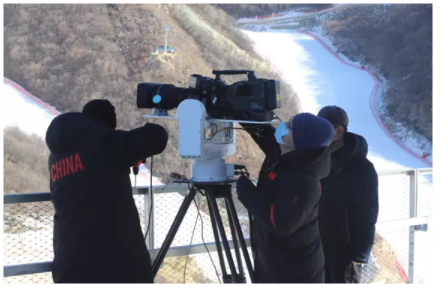 Compared with racing alpine skiing, in addition to sliding, U-shaped field skills are also accompanied by jumping, turning and other actions. The requirements for detailed action shooting are higher, and the equipment is required to be erected in the end area, from 200 meters to 10 meters; under 20x zoom, the picture is required to be clear at all times; unlike alpine skiers, whose movement curve is from top to bottom, the U-shaped field skiing movement curve not only has up and down, but also the athletes slide left and right along the U-groove wall, jump and rotate, and there are "flying cat" and other synchronous shooting equipment on the top of the head, which brings greater difficulty to the automatic tracking and shooting of the equipment. The teachers and students of BIT have realized the automatic identification of the athletes by the system through refined algorithms, and quickly locked and tracked them.

In order to ensure clear image quality, BIT's "Snow Field Hawk Eye" is equipped with a broadcast-level 4K camera and a 45x zoom lens, and has automatic zoom focus, remote zoom focus and automatic aperture dimming functions, which can be automatically adjusted according to the target distance. The lens magnification, under the control of the preset software, can smoothly and stably realize the accurate tracking and shooting of the athlete's movement process.

In addition, the system also has two working modes: automatic and manual, which can be operated from a long distance, so as to avoid the photographer's long-term exposure to severe cold conditions, effectively reduce the work intensity, and use manual operation instead of automatic tracking function when necessary to realize real-time human-computer interaction. 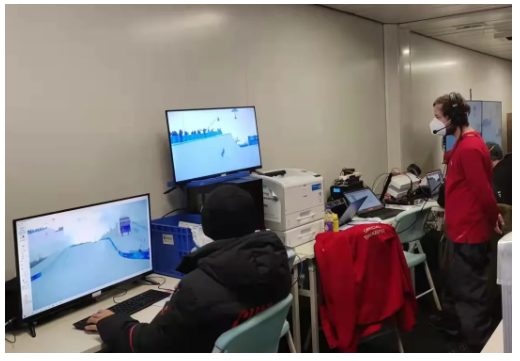 The temperature of the ski field is as low as minus 30 to 40 degrees, and ordinary camera equipment often "strikes" in such extreme weather. In order to meet the challenge of low temperature, the BIT team has designed a sealing ring and temperature control heating device for the alpine skiing tracking and shooting system, which is equivalent to equipping the camera with a thermostat, which can assist the camera and other key components to work stably between - 40 ℃ and 60 ℃.

After actual inspection, BIT's "Snow Field Hawk Eye" can still work normally and stably in the weather environment with an ambient temperature of minus 20 degrees Celsius and strong winds of grade 6 or 7, and after a 12-hour power-off shutdown and outdoor low-temperature storage, it can still be started normally, and all parts are running well. This self-developed shooting system can fully meet the actual needs of sports shooting in severe cold environment. 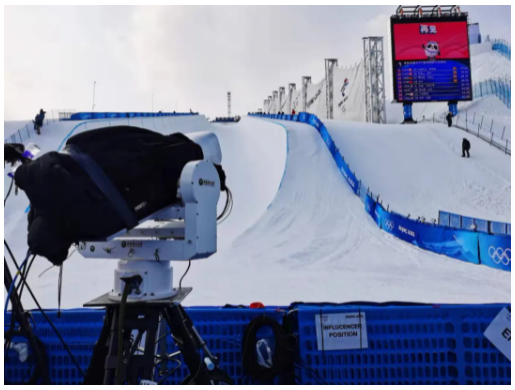 Resistant to low temperature, BIT's "Hawk Eye" and "looking" at the snow field

Contributing to the Winter Olympics with a mission on shoulders

In August 2018, the Beijing Winter Olympics Organizing Committee and the Beijing Municipal Science and Technology Commission carefully sorted out the problems existing in the previous Winter Olympics, and after many inspections and competitions, finally decided to hand over the scientific research task of alpine skiing to BIT. Dong Liquan's team from the School of Optics and Phonics hopes that the team will achieve fully automatic tracking and shooting for alpine skiing before the 2022 Beijing Winter Olympics.

The School of Optics and Phonics of BIT has been a leader in the field of optoelectronics research in China since the 1950s. In recent years, it has achieved fruitful scientific research results in the fields of optoelectronic imaging, optoelectronic detection and intelligent perception. Faced with the needs of major national tasks, BIT employees are bound to shoulder the mission.

On Lunar New Year's Eve, teachers and students of BIT are stationed in the snowstorm of the Winter Olympics

Since November 2018, Dong Liquan has led the team members to devote themselves to the project. They overcame the difficulties in the experimental site, test objects and winter sports seasonality, and hurried to carry out research work. In summer and autumn, teachers and students even ride bicycles to simulate the acceleration, deceleration and turning of athletes to test the tracking effect of the automatic tracking and shooting system.

During the winter field test in 2021, due to the requirements of COVID-2019 prevention and control, team members were be locked in designated locations and perform closed-loop management. All equipment must be installed before the athletes arrive at the stadium every day at dawn. The alpine skiing automatic tracking and shooting system, lenses, cameras, tooling and other auxiliary equipment are nearly 100 kilograms, and teachers and students have to take turns to carry them up the mountain. 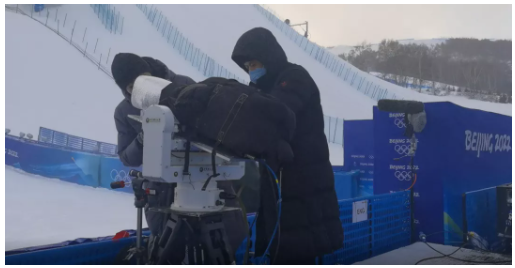 Just after New Year's Day in 2022, three team members went to Genting Ski Park in Zhangjiakou competition area. In the closed-loop management area, they carried out pre-competition equipment installation, joint debugging, testing, etc., and cooperated with FIS competition representatives, international referees to discuss the details together. The video output of BIT's "Snow Field Hawk Eye" has been unanimously affirmed and highly appraised by FIS and the referees. 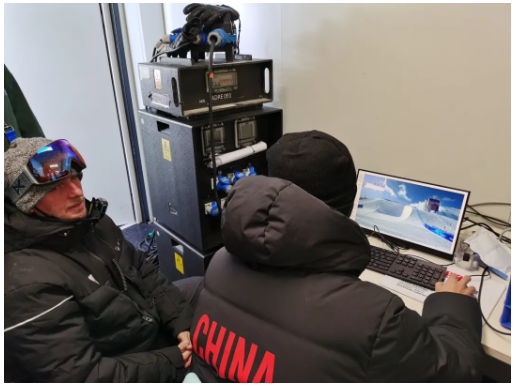 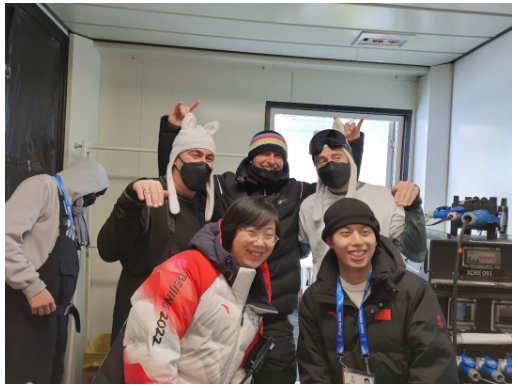 Group photo of teachers and students of BIT team, Chu Xuhong and Zhao Qisen, with the FIS competition director and referee

"Struggle and dedication are the responsibility of the times for scientific and technological workers, and determination to strengthen the country is the glorious tradition of BIT. It is our lifetime honor to make some contributions to the Beijing Winter Olympics." Dong Liquan said.

Facing the future, BIT's "Snow Field Hawk Eye" has broad application prospects. In addition to winter sports, it can also be used in the management and protection of borders, oil fields, prisons and other important places, and can also be used for identification, tracking and shooting in studios or large venues. 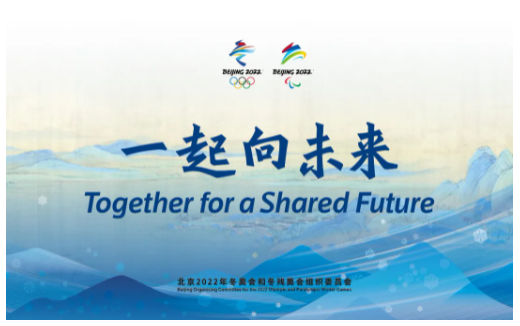 BITers are committed to strengthening the country

and writing excellent scientific and technological achievements in the Olympic Games

Supporting the wonderful winter Olympics with science and technology!