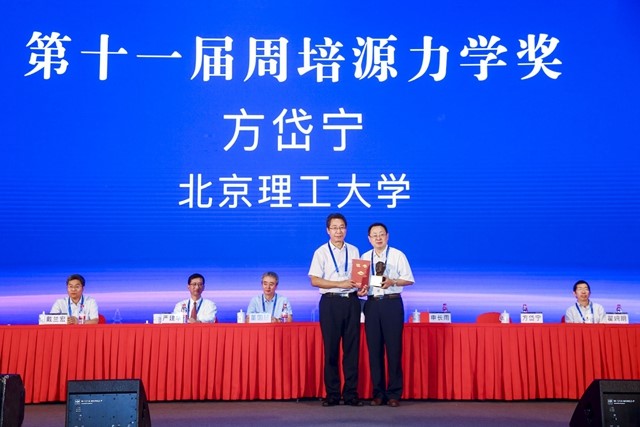 Zhou Peiyuan Mechanics Award is set by Zhou Peiyuan Foundation and selected by CSTAM, aimed to encourage the Chinese mechanics workers who have made creative achievements in mechanics research or used existing theories and methods of mechanics to solve key problems. It has been awarded every two years since 1997, normally selecting one person or project. The honorary certificates and bonuses are offered by the Zhou Peiyuan Foundation. 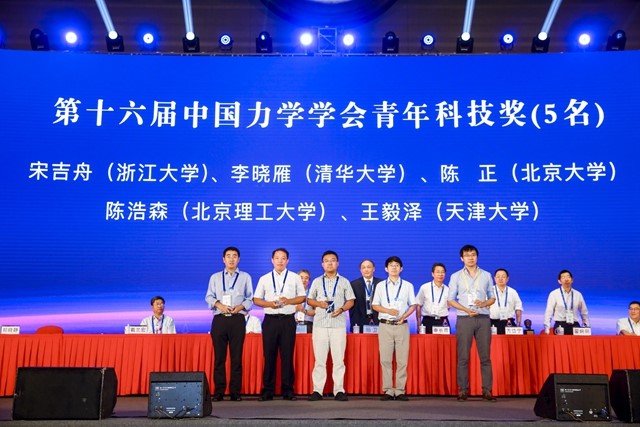 Afterwards, the 16th Young Science and Technology Award of CSTAM was given to associate professor Chen Haosen from BIT Institute of Advanced Structural Technology in reward of his outstanding contributions in the field of experimental solid mechanics.

After the opening ceremony, the new award winner, academician Fang Daining made an academic report titled as “Mechanics Design Method of Additional Materials Manufacturing-- from 3D to 4D” at the General Assembly. The report introduced the mechanical design method of added material manufacturing in detail and was highly praised by the present experts.

Started in 2005 and held every two years, CCTAM is the largest academic conference on comprehensive mechanics in China. It was firstly named as Academic Conference of Chinese Mechanics Society and later in 2011, the standing council of the society decided to changed its name into Chinese Congress of Theoretical and Applied Mechanics(CCTAM).Activities in the conference included opening ceremony, plenary lectures, branch reports, seminars, exhibitions and other specific activities. Up till now, the conference has been successfully held for eight sessions.