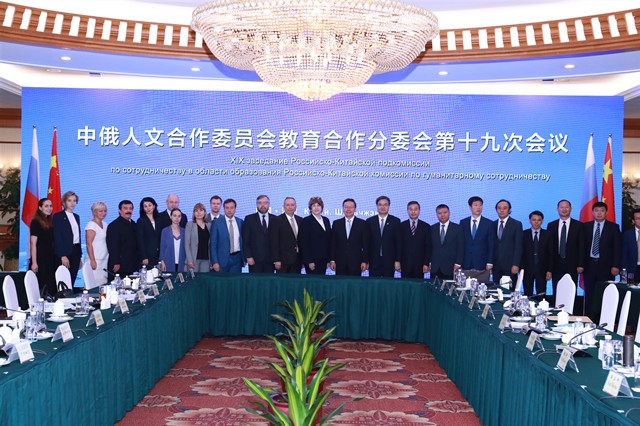 Academician Zhang Jun, president of Beijing Institute of Technology(BIT), was invited to attend the meeting of the sub-committee. He introduced the cooperation between BIT and 15 Russian high-level universities and scientific research institutions, including the Moscow State University, the Moscow State University of Bowman Technology and the National Astronautical University of Samara, and remarkable achievements have been made in the fields of personnel training and scientific research, cultural exchange and other aspects. He also said, BIT, Moscow State University and the Shenzhen Municipal people's Government should make concerted efforts to implement the requirements of the June 2019 joint declaration of the heads of state of China and Russia to speed up the construction of the two countries.