Guo Liping: Growing up with students is my greatest satisfaction

On the occasion of the in-depth study and education of party history by the whole party, the News Center of BIT specially launched a special report on "Always follow the party and forge ahead on a new journey" to fully demonstrate the BIT’s achievements in strengthening the party’s leadership and party building, and lively tell the story of the endeavor of BITers, extensively gather the majestic strength of BIT's career development, and celebrate the 100th anniversary of the founding of the Communist Party of China with excellent results. In this issue, we will launch a report about Guo Liping, a master teacher in Beijing, and let us listen to the story of her growing up with students. 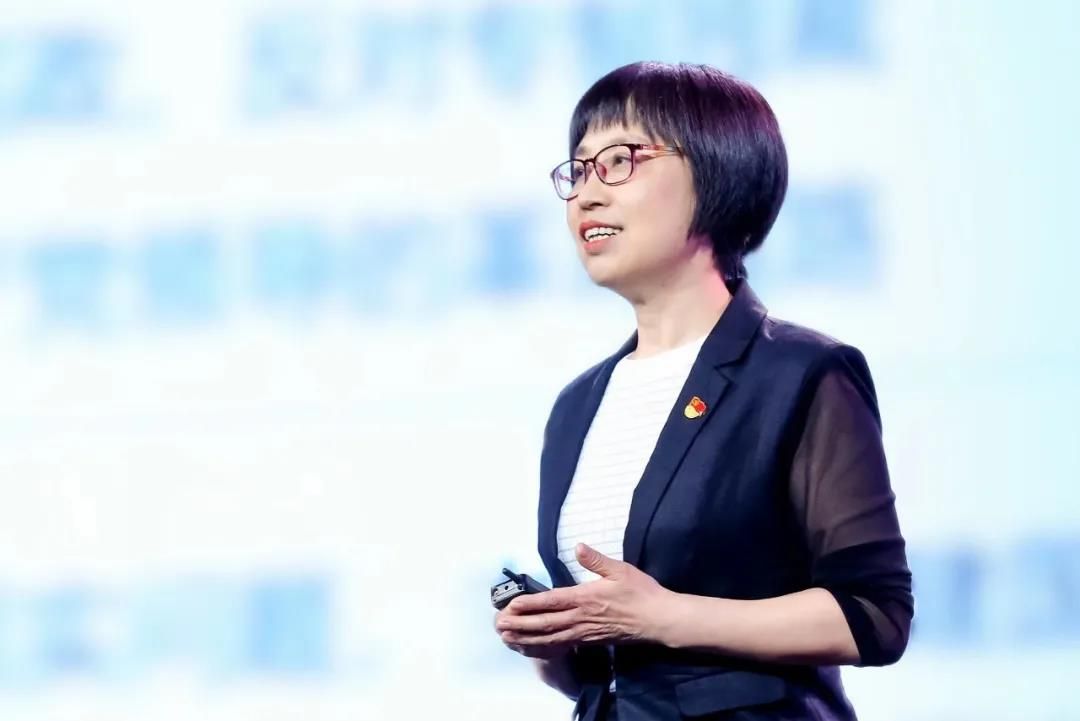 When I chose to be a teacher

I was determined to be a candle to light up others

Looking back on teaching for 30 years

I realized that the biggest beneficiary is myself

I am So lucky! So happy!

-Guo Liping, teacher of the School of Marxism, BIT

Guo Liping has been teaching for 30 years since she first took the stage in 1988. Looking back on her teaching years, Guo Liping has an endless love for education and the profession of teachers.

01 Once on the podium, the "firepower" is on

"Anyone who knows me knows that in life, I am not a very outgoing person, but the moment I stand on the stage, I seem to have changed." As the main lecturer of "The Outline of Chinese Modern History", Guo Liping is responsible for teaching multiple classes every year, and the total annual class hours are more than 240 class hours. After three consecutive classes, Guo Liping, who is over fifty years old, still has a clear voice and witty words. In Guo Liping's eyes, the intensity of teaching and the number of people are not a problem. "Even when I am tired and sleepy, as long as I think of going to class the next day, I instantly feel refreshed and ready to go to the podium." Guo Liping has maintained this love of podium for 30 years.

In 1988, 21-year-old Guo Liping graduated from the History Department of Peking University and went to work at Taiyuan Normal University. For the first time, she stepped onto the stage and taught "History of the Chinese Revolution"; soon, Guo Liping won the first prize in the literature and history group in the first session of Young Teachers' Basic Skills Competition in Shanxi Province. "The Young Teachers' Basic Skills Competition gives me the feeling of climbing. After climbing a mountain, I will be eager for the feeling of the next summit; the curriculum of the Young Teachers' Basic Skills Competition is the result of various polishes. In the lecture, every bright spot is thrown out and sublimated, which hits the heart of the lecturer, and let me know that I can do so well. Therefore, after the competition, I deeply hope that such an effect can be achieved in every class. "

In order to further improve professionalism, Liping Guo finished the in-service postgraduate while at work; In 2000, Liping Guo returned to Beijing and completed her Ph.D. and post-doctorate studies at Peking University and the Institute of Qing History of Renmin University of China. After leaving the Post-Doctoral Research Center in 2005, Guo Liping gave up her job offer from a museum in the capital due to her passion for the teaching profession and chose to stay as a teacher at Beijing Institute of Technology. The podium is magical. Standing on it, Guo Liping can "fire power", teach every class with the fullest enthusiasm and passion, and stimulate students' desire for knowledge and exploration with the sincerest heart.

02 Grasping the "two preparations" and cultivate a good lesson

"One minute on stage, ten years off stage." In order to teach each class well, Guo Liping has different teaching methods for different classes. " There are two levels of lesson preparation for me, preparation of content and preparation of students." said Guo Liping. The teaching content of the "Outline of Modern Chinese History" needs to consider the two relationships between the unified textbook and teaching, history, and reality. In different years, facing different students, Guo Liping will have different thinking: "This year marks the 100th anniversary of the founding of the Communist Party of China. I set this year's teaching theme as' commemoration ', and enrich the course content with the help of relevant activity resources. For example, we invited Yan'an children to come into the classroom and tell their parents' stories of the war of resistance against Japan."

For the students attending the class, Guo Liping's goal is to make students feel involved in class learning, have a sense of reward in thinking after class, and have a sense of accomplishment at the end of the course. "It's also about life beliefs. For science and engineering students, I will talk about Peng Shilu and Qian Xuesen in detail; for liberal arts students, I will use the life stories of Xiong Xianghui and Wen Yiduo as examples." From the perspective of students, we can see that it is Guo Liping's curriculum ingenuity to carry out teaching with familiar character stories. 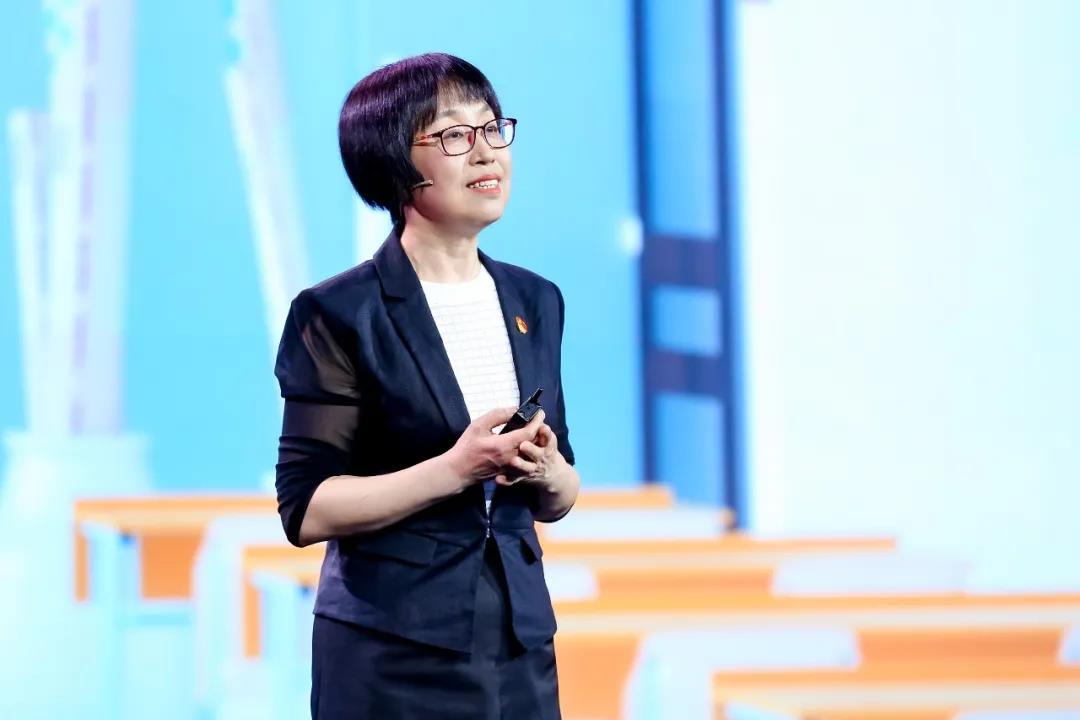 In addition, linking up the "course line" is also the secret of Guo Liping's teaching. For her, a good lesson is made up of question lines, story segments and sublimation points.

Questions are clues to a good lesson. For example, why did modern China choose the Communist Party of China and Marxism? Focusing on the main line of "choice", Guo Liping asked questions from multiple angles such as whose choice, choice of means, choice of system, etc., to guide students and teachers to think together. Make the main line of the course clearly presented; stories are the flesh and blood of the classroom content. Guo Liping uses vivid historical stories to let distant historical figures out of the books and establish emotional resonance with students, so that students can have a deeper understanding of the historical background and course connotation; Spirit is the sublimation of the connotation of the classroom. For students who are blind or confused in knowledge, Guo Liping will summarize and refine the main points in one or two sentences at the end of each class, and light up the theme of ideological and political lessons.

"With in-depth question lines layer by layer, vivid story segments, and sublimation points with bright themes, the content of a lesson is ready." It is not only the teaching script, but also Guo Liping's heart of being responsible for the course and the students.

03 Being in the mood and reason, growing together with students

"I used to listen to students' lectures, and I wanted to ‘divide’ the teacher’s eyes when I was in class. This made me suddenly realize that students’ needs for the classroom are far more than just knowledge, but more intrinsic.” In recent years, with the growth of teaching experience and the continuous enrichment of her own experience, Guo Liping has paid more and more attention to the inner needs of students. In addition to explaining the course theory thoroughly, she has paid great attention to establishing emotional resonance with students. "I think every student has different demands for the "Outline of Modern Chinese History" course. In recent years, I have been very concerned about the demands of students outside of knowledge, especially personal growth." Guo Liping said.

Peng Haonan, an undergraduate of the School of Mechanical Engineering of 2012, met Guo Liping in the course of "The Outline of Chinese Modern History". In 2015, the two met again in an event. Speaking of the lessons learned, Peng Haonan believes that a person must have respect for his own national history, and that a country must allow its people to have a consensus on its own national history. "I learned the insights of the historian Mr. Qian Mu in the class of Mr. Guo-'Those who know a little about the past history of their own country must be accompanied by a kind of warmth and respect for the past history of their own country"(Qian Mu "National History Outline"), which makes me full of respect for the history of the country." Peng Haonan shared. "The teachers present applauded. Two or three years after the course, he can still remember and understand so clearly, which shows that my teaching has left traces in his life. I am satisfied and proud." Speaking of this, Guo Liping's words are full of touch.

Guo Liping with the students

With the continuous advancement of digital media technology, Guo Liping has also focused on designing courses that are closer to modern young people-VR and microlectures. Guo Liping presided over the application of VR technology to the teaching project "Retake the Long March Road", through immersive experience to enhance students' emotional resonance for the revolutionary era and the revolutionary course; the microlectures are produced by Guo Liping instructing students throughout the course, and are completed simultaneously during the course. Finally, a unified display and evaluation will be conducted at the end of the semester in the form of a short video, which greatly enhances students' sense of participation and sense of accomplishment in the course. "The same as students, I am learning digital media technology. I have learned image processing technology and I want to further improve video production technology in the future." Guo Liping said with a smile.

"I hope to help students better understand the reality through studying history, understand the rationality and inevitability of modern Chinese historical choices, strengthen their recognition of our real system, enhance their confidence in national rejuvenation, to make their own contribution to the training of leading talents. " For the future, how to further integrate history and conditions of BIT into the curriculum and highlight BIT's "red education road" in the " The Outline of Chinese Modern History" curriculum and the newly established "CPC History" curriculum is where Guo Liping wants to achieve a breakthrough.

"Lifelong learning, forever growth". After 30 years of journey, Guo Liping is tireless and can grow and progress together with students. It is not only a teacher's greatest satisfaction, but also her educational ideal that she always adheres to.

What I want to say to the party