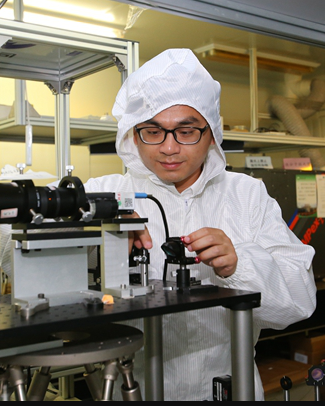 If working in the developed coastal areas in the southeast, the annual salary can reach RMB 400,000…
Faced with such attractive conditions, how would you like to choose?
In the summer of 2019, Li Bo, a doctoral graduate of mechanical engineering from BIT, gave a different answer. He gave up the opportunity of being an employee of large-scale enterprises in coastal areas in the southeast with an annual salary of RMB 400,000, returned to his hometown of Guangxi, devoted himself to the grassroots units, and became a selected graduate.

Different choice: to be a selected graduate 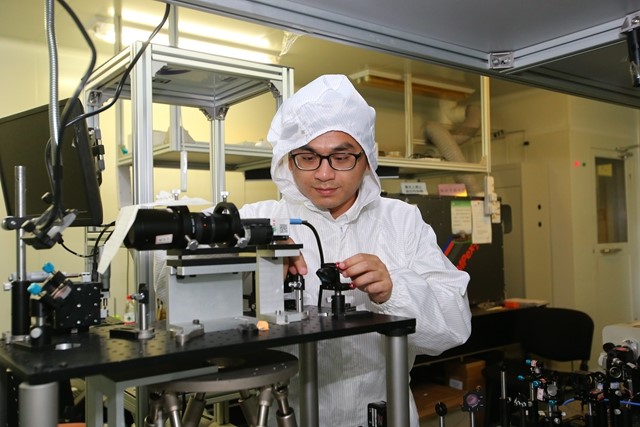 Li Bo, male Doctor of Engineering, studies leading majors in well-known university, carries out researches in frontier fields, and obtains fruitful academic achievements, which provides him great advantages to enjoy well-paid and well-employment opportunities. “My first offer is from Dongfeng Nissan, which can provide me an annual salary of RMB 300,000. And the second is from Han’s Laser, which can give me a total annual salary of over RMB 400,000…”, Li said.
However, standing at the crossroads of life, this simple boy from Guangxi made an “incomprehensible” choice. He gave up going to the metropolises and returned to his hometown, choosing to start at the grassroots unit, even though his salary could not meet the scholarship and assistantships for his PhD. Such a choice is not an impulse for Li Bo, who has been studying for 10 years at BIT, but a deliberate life decision. “A temporary high salary can improve my life, but how can I realize my own value in the long run? I think it is still necessary to go to the place where extremely needs my help to make a batter change, so that I can feel my own value”, which is the lofty ideals of this Chinese youth in the new era.
“Take Guiping, Guangxi, where I have been, for example, there are a number of high-quality tourism projects such as the one about Jintian Uprising, but there is still much room for improvement in supporting services, infrastructure and publicity. The current situation of the grassroots and the great situation of the country are the stage where our college students have great potential”. Li Bo is not blindly choosing to be a selected graduate. During his school years at BIT, he not only paid close attention to the state policy and the development and reform of his hometown, but also made deep researches at the grassroots through social practice to make his ideal more down-to-earth. 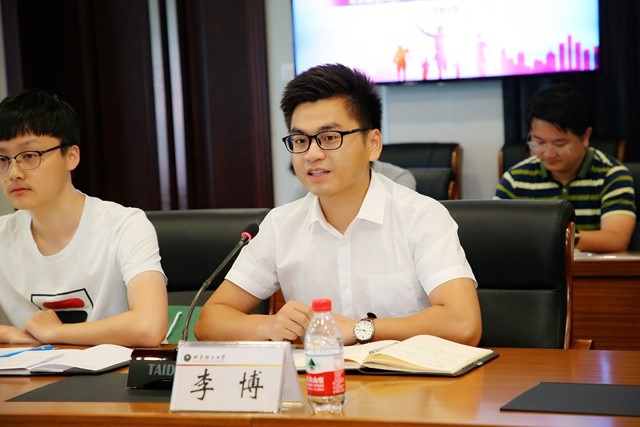 Although Li Bo had already had his own plans during his Ph.D., he only confided to his family and friends just before his graduation. Unexpectedly, there was a lot of pressure on his decision-making. He is living a tight life because he is from a small town in Guangxi, and there are four children including two college students in his family. Li is sensible, so he applied for a national student loan during the undergraduate period. With excellent school results, he also earned the support of the national and school scholarships, which helped successfully complete his studies without financial assistance from his family. He became the first doctor in his family, and he was highly expected by his family members. “My family has had a lot of imagination about my future life. They hope I can enjoy financial freedom and bring honor to the family name, but it certainly does not include returning home and start from the grassroots”. In the face of incomprehension and even resistance from family and friends, he did not change his mind. By talking with his mother and siblings about his determination and ideal one by one, he successfully made the breakthrough and received the understandings and supports from his family.
“Information provision, pre-exam counseling, bonus incentives, inviting alumni of selected graduates to return to school for exchanges, pre-interview, and school leaderships to visit selected graduates, etc., BIT is considerate for us, which makes me more determined and confident to join the grassroots”. While actively striving for family supports, BIT provides a series of incentives and service measures for students who are interested in applying for the examination, which is more intimate and warm-hearted, and greatly solves his worries in the process of being a selected graduate.
“Life is not only full of compromise, there should also be poetry and future. I want to make a contribution at the broad grassroots with the down-to-earth and hard-working spirit which BIT has taught me”. Li’s adherence to his lofty ideals and the responsibility of the times have ushered in the respect of his classmates, teachers and family.

Struggling for success: the “standard frequency” of the universities

Ten years ago, after the college entrance examination, Li successfully entered BIT and majored in mechanical engineering and automation. As a newcomer, he was somewhat shy and self-abased. Even when introducing his hometown, he always used “Two Guangs” instead of the less developed Guangxi. “The life of college studies is the best time for growing up. The study cannot be relaxed for a second, and every opportunity should be seized to improve ourselves, so that you can change what you want to change”. As a freshman, he was enlightened by the speech of Jia Yuping, the teacher in charge of his class, which let Li find the “standard growth frequency” of the students of BIT. Since then, striving has become the main theme of his university life. 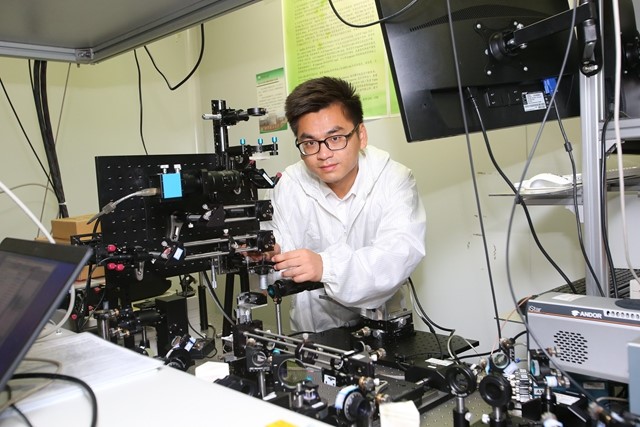 Li Bo has trained excellent skills and achieved excellent results in his four years undergraduate life. He won the National Encouragement Scholarship, Tang Nanjun Grant, HORIBA ATS Scholarship, actively participated in the scientific and technological innovation competition, and got the first prize in the Fifth National Machinery Innovation Design Competition. In 2013, Li, the outstanding graduate of Beijing, accepted his postgraduate recommendation to pursue Ph.D. and studied under Professor Jiang Yan, one of the top international experts in the field of laser manufacturing in BIT. The rigorousness of his supervisor as well as the strong academic atmosphere of his research groups makes him more hardworking. In this period, Li achieved excellent results. He published 10 SCI retrieval papers, including 2 as the first author (publishing journals including Advanced Functional Materials with the impact factor of 13.325), and a review paper co-authored by his tutor and others was published in the internationally renowned journal Light: Science & Applications (with the impact factor of 14.098). Besides, he also applied for one national invention patent. 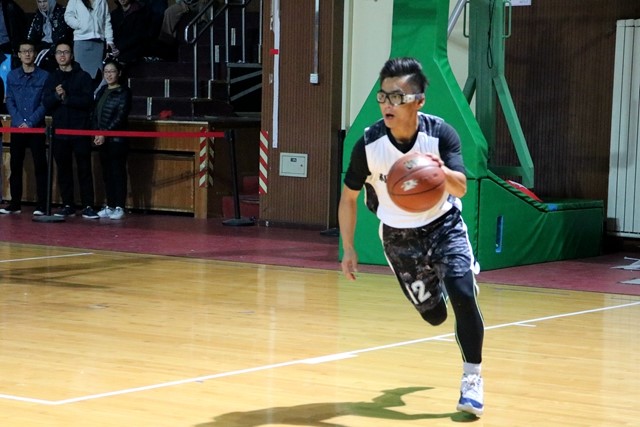 It is worth mentioning that the college life of this straight A student is not boring. He loves sports and has not only served as the sports minister of the college student union, but also the captain of the college basketball team. On the eve of his Ph.D. he also led the team to win the championship of the school. Ten years of study, the BIT’s strong feelings in the homeland does not make Li confine himself in the ivory tower, but walk out of the school and feel the vast world. Since the undergraduate period, he has participated in the Beijing Guangxi University Students Association, and served as the vice president in his Ph.D. life. On this platform, by helping fellow countrymen, organizing activities, and conducting in-depth researches, Li’s ability has been greatly exercised, and become an outstanding young backbone.
Struggling for success is the brightest thing of a youth. Through what he learnt in BIT, Li grew up from an immature boy in Guangxi township to a young talent with a world-wide vision and solid academic foundation. With the improvement of his abilities, his thoughts on his own life value are more profound. “It’s easy to change a person’s fate, but difficult to change the fate of a group”. The ideological seeds of devoting themselves to the grassroots and serving the country will thrive in the soil of striving to learn and enhancing their abilities.

The role of the era: originated from red gene

Li, giving up high salaries, joining the grassroots, letting the motherland become the most beautiful canvas of a brilliant life, always mentions his “red gene”, when talking about his choice of life. 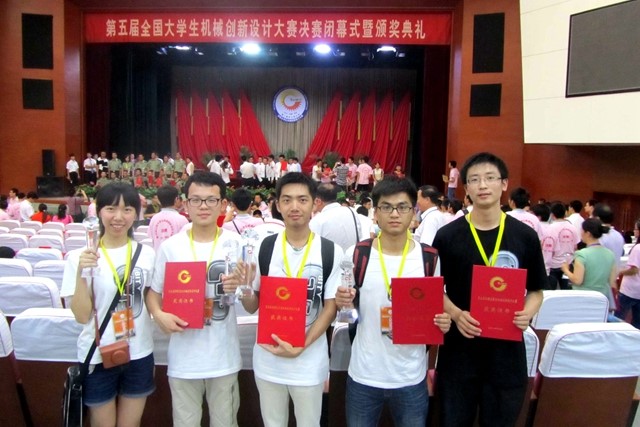 In 2012, Li Bo and his teammates participated in the award ceremony of the 5th National Machinery Innovation Design Competition.

“I will never forget the scene that Mr. Zhang waved his hand and sent us to the car to the competition”. Although it has been seven years, Li still reminds himself of that overnight at BIT from time to time. 3:00 a.m. in May 2012 witnessed the silence of the campus. In Classroom 4002 of the Information Teaching Building, the 78-year-old Professor Zhang Zhonglian, still guided Li and his friends to debug their innovative works bit by bit, which greatly touched him and injected a rigorous, conscientious and down-to-earth dedication into his heart. Finally, they won the first prize of the country with their work name “Long March Songs”.
After ten years of studying in BIT, with simple smiles, self-confidence and modesty, Li has become a standard BITer. When it comes to the spirit of BIT, Li summed it up carefully “Low-key, practical, dedication, enterprising, loving the motherland, and striving to serve the country’s major strategic needs...”. The red gene and spiritual character passed down from generation to generation in the bones of BITers tempered his moral character. 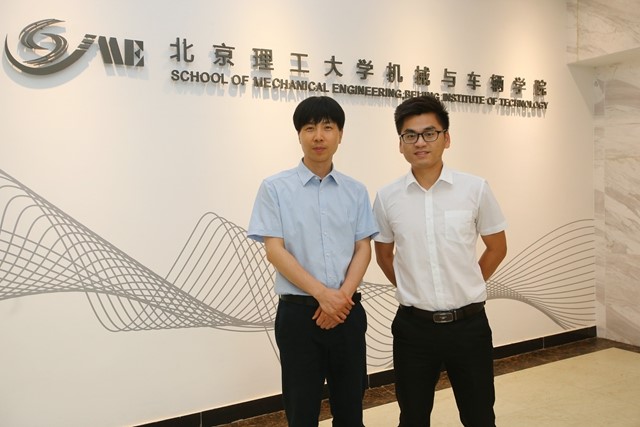 “It is our mission to serve the country's major needs with the new laser manufacturing methods which have been influenced by China’s original world.”, which is said by his supervisor, gave Li great impression. His supervisor led 10 national medium-term and long-term plans and five-year plans of ministries such as Ministry of Science and Technology in the direction of “Additional Materials Manufacturing and Laser Manufacturing”, and led the team to keep China’s laser manufacturing one of the world’s leading enterprises. Taking serving the country’s major strategic needs as a mission, this kind of feelings in the home country is not only a slogan, but a reflection in the hard work of the experiment. The decades of knowledge indoctrination in BIT have strengthened Li’s ability to grow into a high-quality talent with professional knowledge background.

“When I heard the villagers holding hada to urge Zha Xi to stay, I was deeply touched and my eyes were red”. On December 6, 2018, Li Bo participated in the grassroots employment seminar of the graduates of the “First Secretary of BIT” organized by the school. At the seminar, Li was moved by the experience of the alumni who works in Tibet, Guangxi and other poverty alleviation fronts, and more firmly established the idea of going to the grassroots and going to the place where the motherland needed it most.
In his speech in centennial commemoration of the May 4th Movement, General Secretary Xi Jinping addressed the Chinese youth of the new era in this way: “In the new era, Chinese youth should be brave to be the endeavor, pioneers and devotees in the forefront of the times”.
“We should make great ambitions, do great things, and carry forward the spirit of BIT in the process of struggling for success”. In the face of the upcoming life as a selective graduate, Li Bo is full of ideals and expectations. “BIT is always my home. It is a strong spiritual pillar and resource guarantee for me to overcome difficulties and solve problems. I hope that in the future I will not fail to live up to the cultivation of my alma mater, make contribution to the motherland, and truly become an excellent BITer!