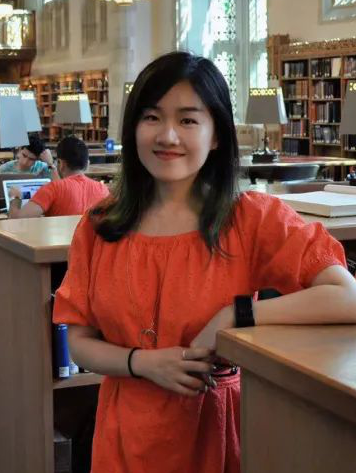 Xu Jia: She brings Shakespeare” to the BIT classroom

What motivates you to engage in research?

Do you encounter any difficulties?

“It's part of the research.”

Ever thought of giving up?

Talking about her research work, Xu Jia, an associate professor of English Department in the School of Foreign Languages of BIT, used a few short English words to tell the pursuit and attitude of a young scholar towards research.

She has undertaken many national and provincial research projects, published more than 30 monographs, translations and edited books, published many papers, and achieved a series of scientific research results. She is fully committed to moving forward on the path she loves, calmly and firmly. 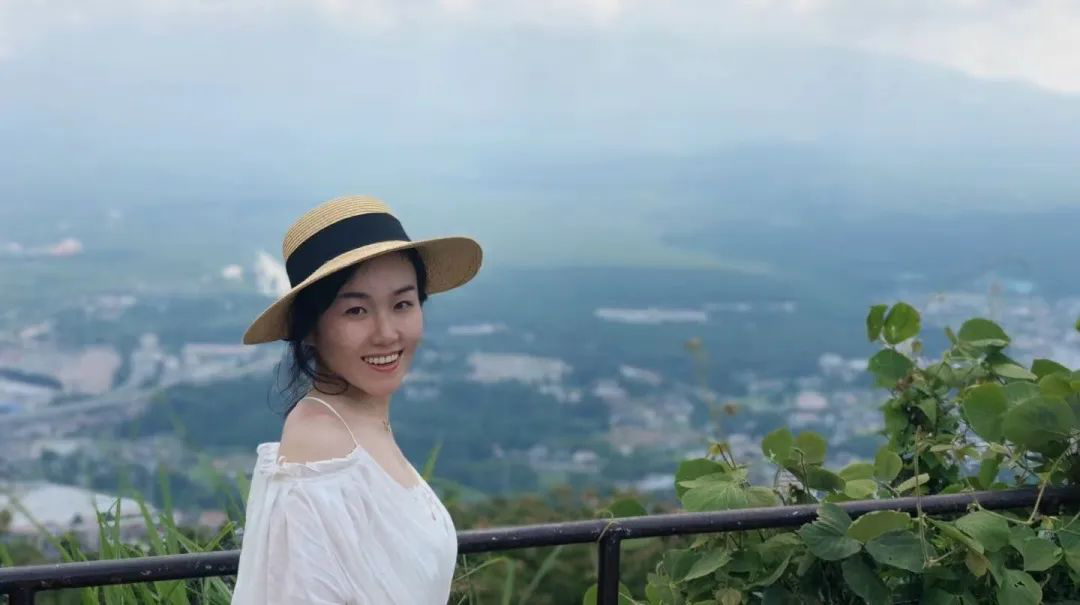 A female scholar with a love for Shakespeare

University teacher, literary researcher, and translator are the three labels Xu Jia has given to herself, and behind each of them she has poured out infinite love and great efforts. After receiving her PhD from Peking University in 2013, Xu Jia joined the English Department of the School of Foreign Languages at BIT as a teacher, conducting research on Shakespeare and British and American drama. 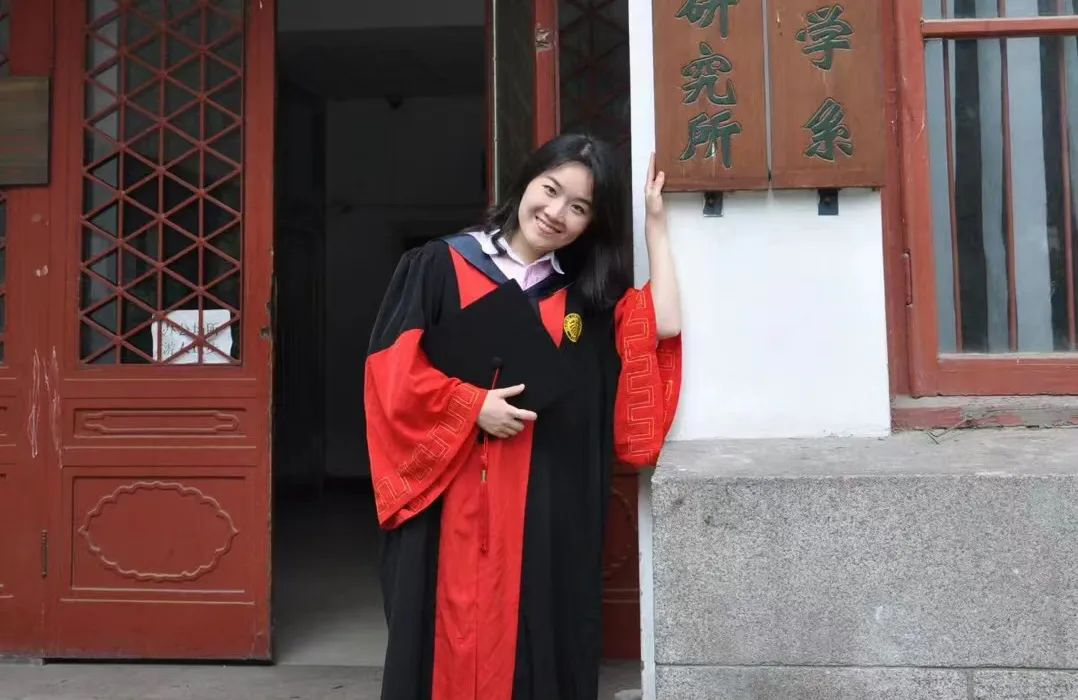 Since her childhood, Xu Jia has had a keen interest in Shakespeare's plays. “As a child, I found it interesting to read as a story, and when I grew up, I had a deeper understanding of the meaning of the times behind the text. The charm of Shakespeare's plays fascinated me, so I was very determined to choose my current research direction.” Xu Jia said. 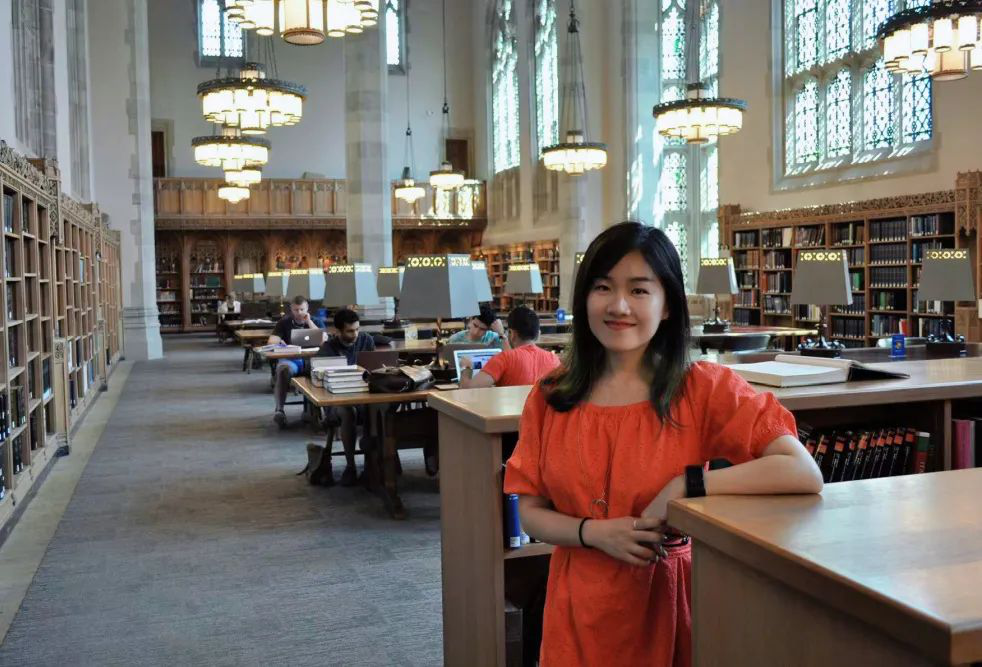 In Xu Jia's view, literary research is to put oneself in a “library” and read a lot of books and literature; the second is to combine real life experience to perceive the works. Every summer, Xu Jia will set aside a period of time to read all of Shakespeare's works from beginning to end. With the increase of life experience, each reading of the same book will produce new insights, these insights will eventually be transformed into the nutrients of Xu Jia's scientific research life. 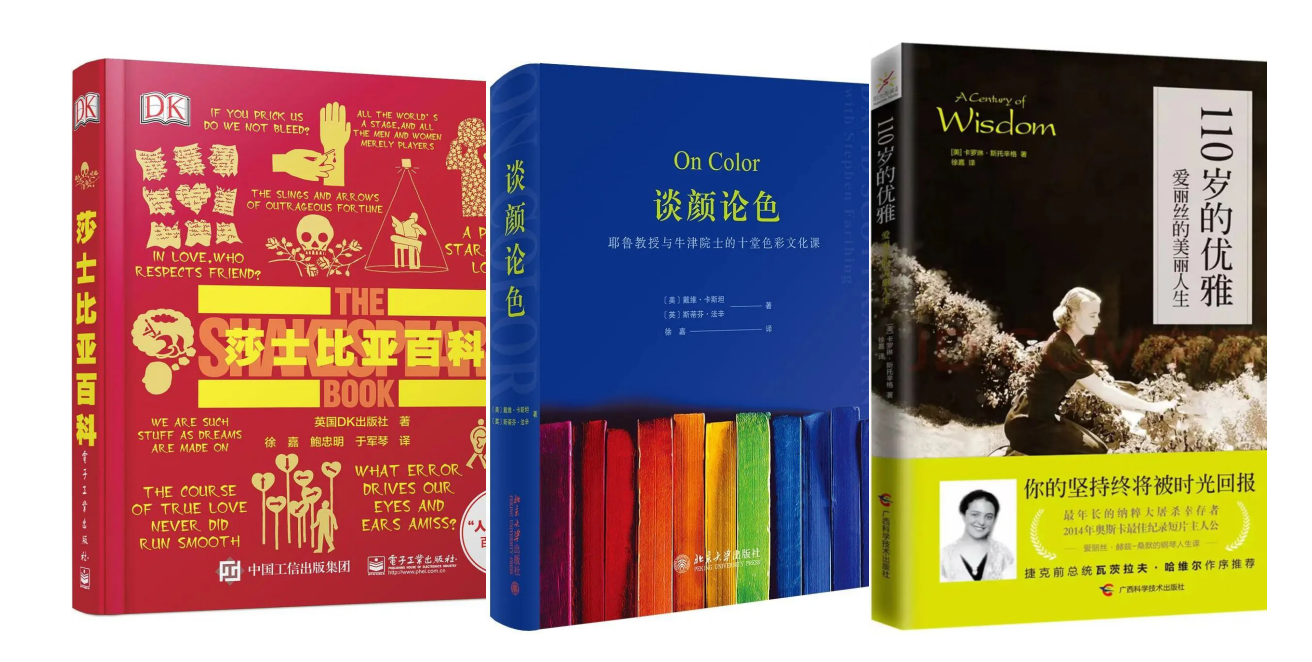 Some of Xu Jia's translated works

Compared with the natural sciences, literary research is a relatively independent work, there is no team, no laboratory, all the problems encountered must be undertaken and faced alone, this loneliness of independent research is the biggest difficulty Xu Jia felt in the research.

She used the classic line from Shakespeare's play as a metaphor for her research work - “The road to true love is never straight.” “My approach is to face the difficulties, accept them, overcome them through self-improvement, and learn to live with solitude.” Xu Jia said.

A persistent translator who tells the “Chinese story”

In addition to being a literary researcher, Xu Jia is also a translator, having published six books, including The Shakespeare Encyclopedia.

In February this year, the list of Chinese Academic Translation Projects of the National Social Science Foundation for the year 2021 was announced, and BIT has two projects approved. Among them, the English translation project of “Tradition and Change: A Field Study of Old and New Kiln Industries in Jingdezhen” hosted by Xu Jia, is the first time that BIT has been approved as the project host. The project is mainly to fund academic works that represent Chinese academic standards, embody the essence of Chinese culture and reflect the frontiers of Chinese academics, and disseminate them in foreign languages through mainstream distribution channels, so as to further expand the international influence of Chinese academics and enhance the international academic discourse. 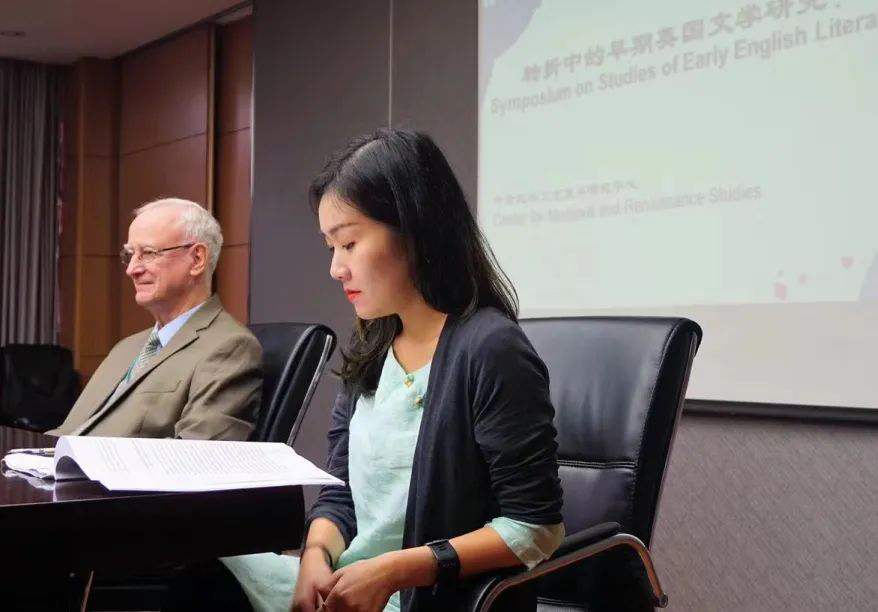 “If I have to choose one thing that best represents China, I think it would be ceramics. Chinese ceramics contain Chinese culture, and through its development and changes you can see the great history of China.” During the project application stage, Xu Jia put a lot of thought into selecting a book, hoping to find a book that would show Chinese culture well but also be readable and interesting to translate. In the end, she chose Professor Fang Lili's Tradition and Change: A Field Study of Old and New Kiln Industries in Jingdezhen. 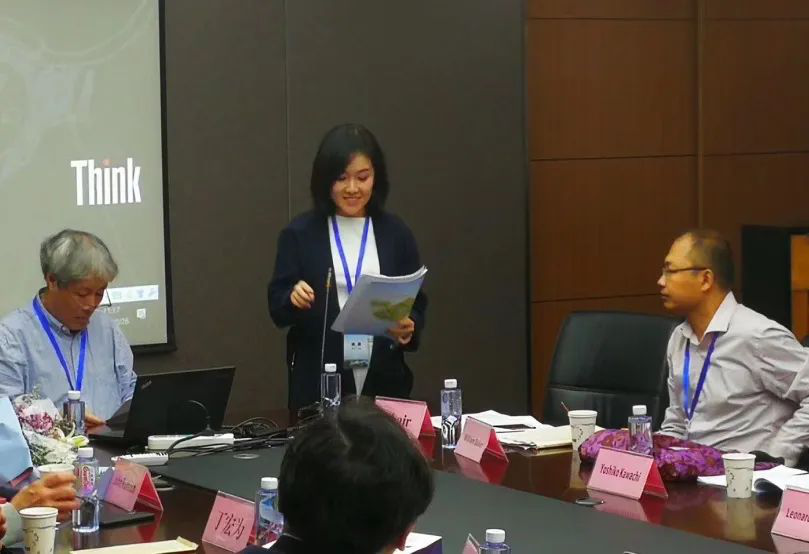 In order to better understand the contents of the book, Xu Jia collected a lot of ceramic-related materials for reference and study. For example, some of the slang in the book had never been translated into English before, so she had to try to translate it herself and communicate with foreign experts repeatedly before she could finalize the most accurate translation that could be understood by foreigners.

In order to translate accurate, fluent and readable works, Xu Jia repeatedly pondered word by word, often translating from 8:00 am to 11:00 pm, paying huge energy and time, but she never felt hard, but enjoyed the process very much, she said: “I hope to bridge the language through my pen, tell the Chinese story and spread the Chinese voice. It's okay to work hard because it's a very meaningful thing.”

turn the classroom into a “stage”

“The night is long that never finds the day.” Xu Jia's students were performing the classic scene from Macbeth in the classroom, and they were so devoted and emotional that the classroom erupted in applause as the “actors” came to a close. The classroom resounded with applause. Xu Jia was proud of the students' wonderful performance, and she recorded the wonderful moment with her own cell phone. 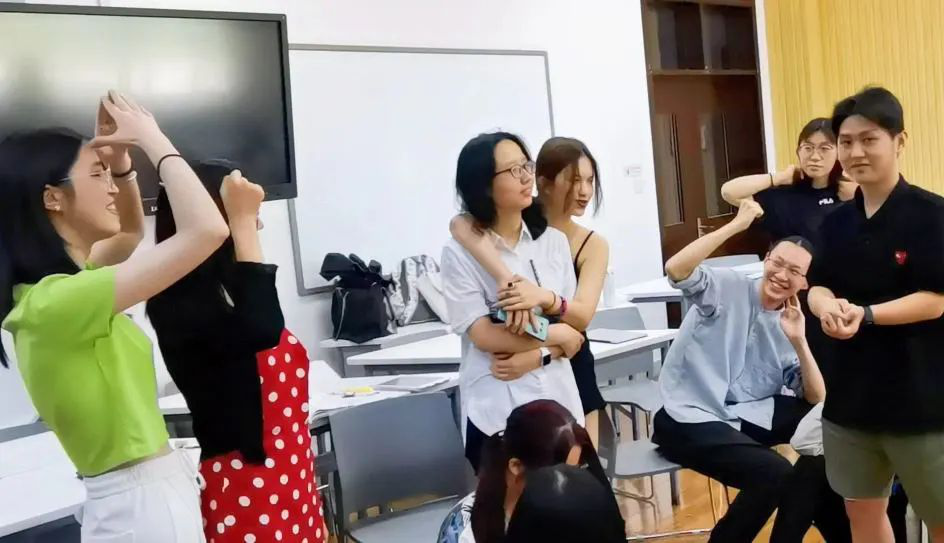 Students rehearsing a play in class

Such vivid moments are often staged in Xu Jia's classroom. She hopes to mobilize students' enthusiasm through rich and interesting classroom forms and to cultivate their sensibility, so that they can better appreciate the author's creative intent and understand the profound connotation behind the text.

“Teaching and educating sutdents is my job and what I love. I love to be with students, to make new attempts at teaching, and to open up my imagination and stimulate creativity with them.” 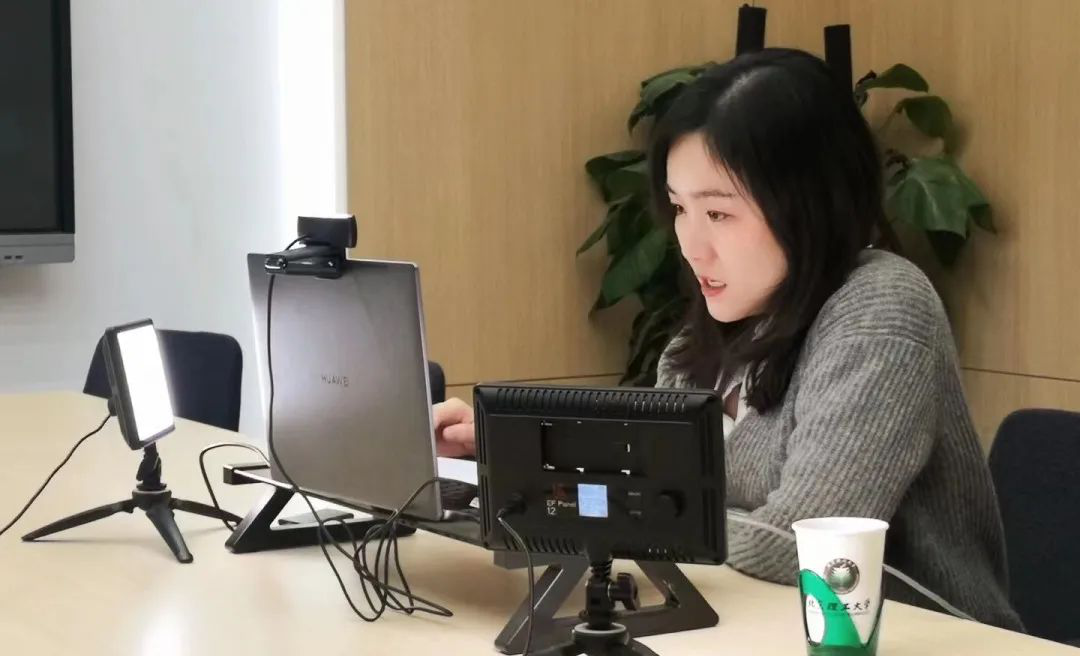 Since her work, Xu Jia has undertaken the teaching of undergraduate and graduate courses such as Shakespearean Drama, English Speech and Debate, Shakespearean Studies, etc., and has undertaken more than twice the number of class hours stipulated in her job duties, and has presided over the graduate teaching reform project. 2021, In 2021, Xu Jia was awarded as an advanced individual of “Three Whole Educators” of BIT.

In addition to her teaching, research and translation work, Xu Jia is also actively involved in the public service work of the college, including the daily management of graduate students, admissions promotion, and examiner of various English oral examinations, each of which she devotes herself to. Students wondered how she had the time to do so much work at once. Xu Jia's answer is that she has to give in order to gain. 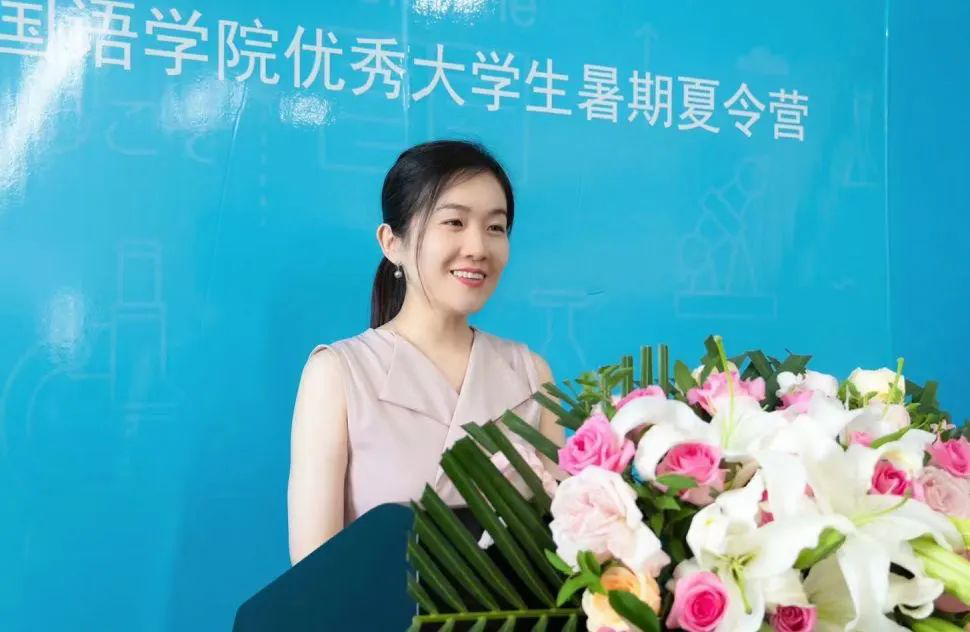 Whether teaching, researching or translating, it takes a lot of time, but she doesn't want to give up either one of them, “because I love each one of them so much and want to do my best, so I need to make some sacrifices, such as rest, hobbies and entertainment. No spare time life, but feel very full, doing love things make me feel very happy.” Xu Jia said contentedly.

Like Xu Jia, there are many young scholars in BIT, they are full of enthusiasm, based on their jobs, and steadily moving forward on the road of scientific research. We will eventually see that behind them will be all the way to blooming flowers!

As 2022 is the year of the 20th Party Congress and the key year of the implementation of the 14th Five-Year Plan, the Propaganda Department of the Party Committee has launched a special report entitled “Welcoming the 20th Congress, Striving for a New Journey” to comprehensively show the achievements of the university in strengthening the leadership of the Party and building the Party, vividly tell the story of the struggle of the people of BIT, and widely gather the majestic strength for the development of the university with excellent achievements, so as to welcome the 20th National Congress with excellent achievements.

As a sub-topic of “Welcoming the 20th National Congress, Striving for a New Journey”, the column of “Crafty Teachers” will launch a series of special reports on good teachers who insist on cultivating people with moral character, dedication and silent devotion in front-line education positions one after another.