In 2020, Beijing Institute of Technology will celebrate its 80th anniversary of its founding. This is a grand ceremony that is loaded into the hearts of every BIT people.

The ceremony is full of profound meaning. In 1949, more than 300 teachers and students participated in the founding ceremony; in 2019, 5,058 teachers and students participated in the celebration of the 70th anniversary of the National Day. Generations of BIT people have contributed to the prosperity of the motherland. The memories of passionate struggle were left behind.

What made Director Zhang Yimou praise BIT? We also sent a blessing to celebrate the 80th anniversary of the school. Today, let us return to the grand occasion when the teachers and students of Beijing Institute of Technology took on the responsibility!

In 2020, Beijing Institute of Technology will celebrate its 80th anniversary. In order to promote the spirit of Yan'an and show the responsibilities of the BIT teachers and students. The Propaganda Department of the Party Committee carefully planned and launched the feature film " Grand Ceremony", which showed the spirit of the BIT people in the celebration of the 70th anniversary of the National Day. A group of precious shots were loaded into the national memory and brought us back to the ceremony.

"Today is your birthday, my China..." On October 1, 2019, when the sweet voice of children sounded in the magnificent Tiananmen Square, the 5, 058 BIT teachers and students who participated in the celebration of the 70th anniversary of the National Day ignited their passion. The BIT people once again ushered in the glorious moment of witnessing the glory and blessing the motherland.

From the mighty and majestic National Day military parade to the high-spirited mass parade, from the soulful singing at the celebration during the day to the singing and dancing with fireworks and lights at night, the BIT teachers and students are integrated into this magnificent picture that praises the Republic and sings the new era. 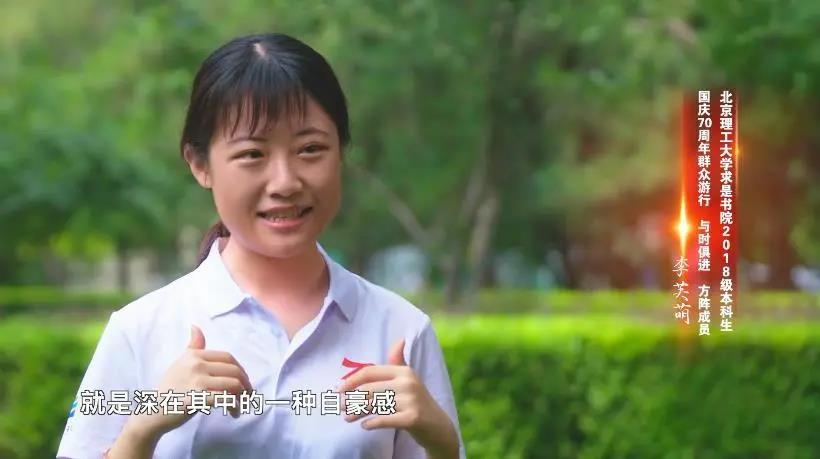 "Although I can't hear the excited singing of the students, I enjoy the pride of being in it." Li Fumeng from Qiushi Academy of BIT passionately shared the aspirations of 3, 499 students from the "Advance with Times" mass parade as they walked through Tiananmen Square.

Time changes, and every era has that unforgettable grand occasion. Generations of BIT people have inherited the red gene, always showing responsibility for the times, fulfilling the mission of the times, and writing the pride of BIT people in national memory.

On October 1, 2009, celebrating the 60th anniversary of the National Day, 2, 323 teachers and students from Beijing Institute of Technology participated in the mass demonstration "democratic politics" square. 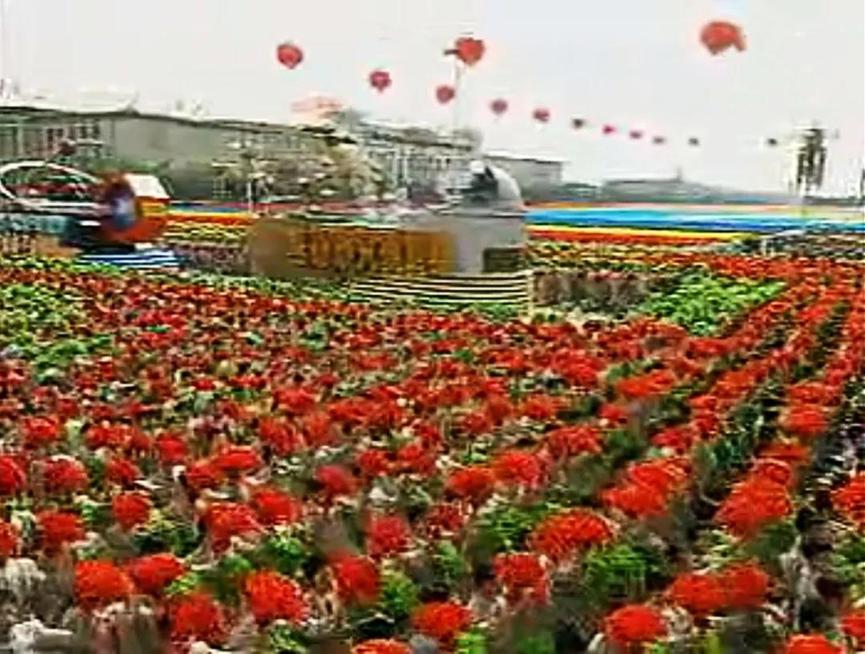 On October 1, 1999, celebrating the 50th anniversary of the National Day, nearly a thousand teachers and students from Beijing Institute of Technology participated in the mass parade of science and technology. 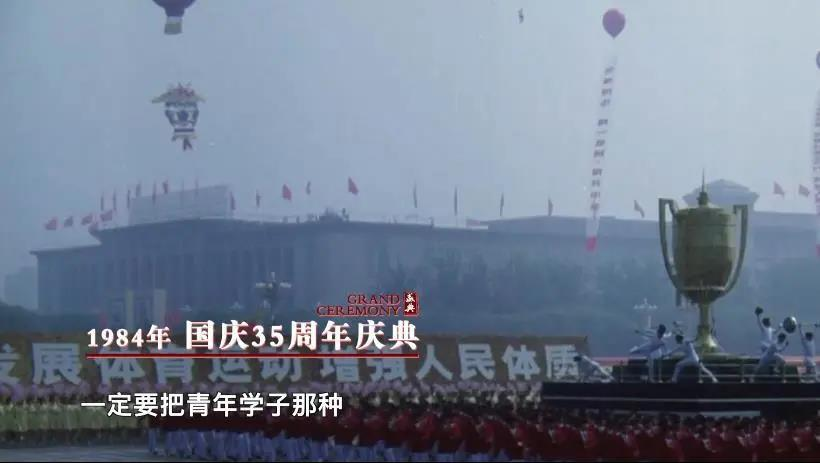 On October 1, 1984, at the celebration of the 35th anniversary of the National Day, 1,400 teachers and students from Beijing Institute of Technology participated in the mass parade and sports phalanx.

On October 1, 1949, at the founding ceremony, more than 300 teachers and students from Beijing Institute of Technology lined up beside the Golden Water Bridge to watch the glorious moment of the founding of the People’s Republic of China.

When generations of BIT people stood on the scene of the national grand ceremony, feeling the surging and passion of sharing with the motherland, they were not only full of pride in their hearts, but also proud of the motherland and people!

Pride has been passed down since the founding of BIT in Yan'an, and from "Anti-Japanese War and founding of the country" to "struggling to build the P.R.C", generations of BIT people have kept their vows to make the country strong. 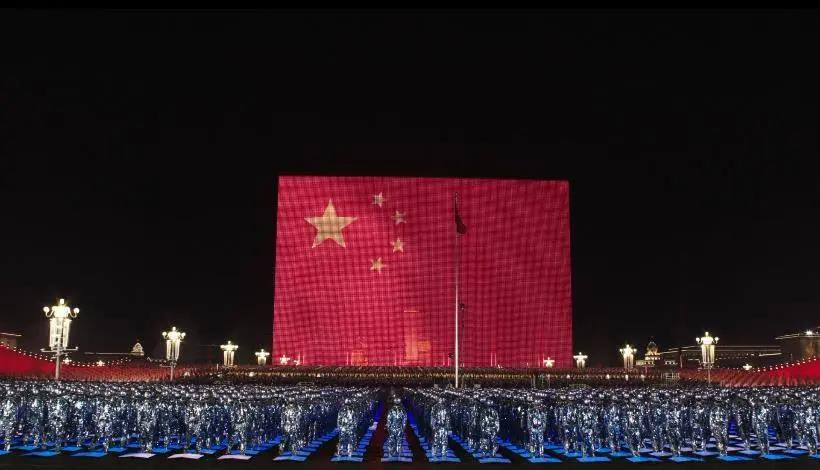 On the night of October 1, 2019, the 5,400-square-meter huge five-star red flag rising in Tiananmen Square conquered the global audience and became the most unforgettable visual memory of the party. Behind this classic scene are countless exercises by the digital performance and simulation technology team led by Professor Ding Gangyi of Beijing Institute of Technology. They are known as "a team with stunts" behind the festival, creating "technological brains" for the entire National Day celebrations such as military parades, mass demonstrations, and party activities.

This amazing technology comes from their upholding and inheritance of the red gene of "Yan'an Root, Military Industry Soul". Therefore, "keep improving and perfect" is the solemn commitment made by this BIT national team to previous major national events.

When the majestic music of "Singing the Motherland" played, when the huge five-star red flag really rose up, "not one person or two people, but everyone is crying", 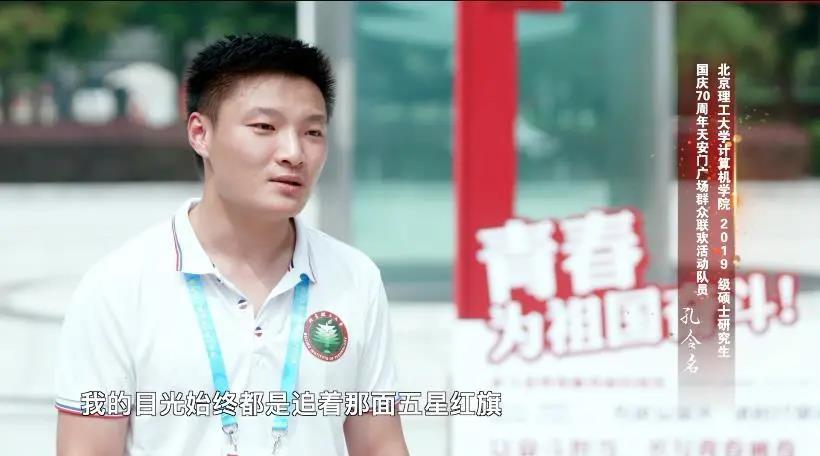 "That was my first real experience. We were walking on Chang'an Avenue, but we were embarking on a new journey."

From Yan'an to the present day, the red gene has ignited an inexhaustible surging power. To help the ceremony and strive to strengthen the country, BIT people are in resonance with the motherland. Write down the mission of serving the country sincerely, and the responsibility of continuous struggle.

After 80 years of hard work, we have not forgotten our original intention. In the new era, the people of BIT will move forward courageously, stand at the forefront, and create the future.